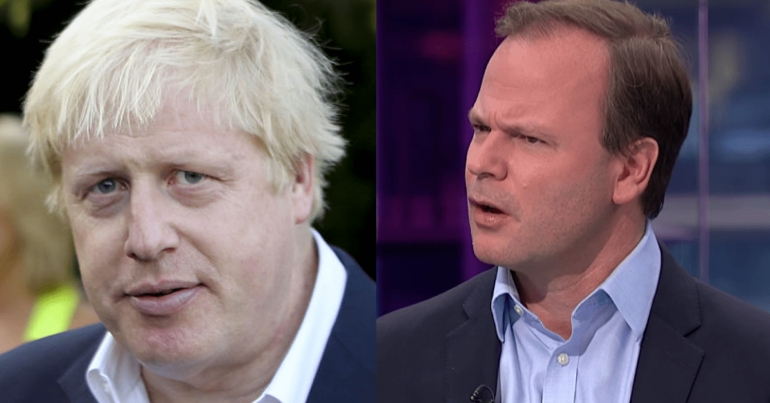 Airbus – the European aerospace corporation – has threatened to remove its UK investments if Britain leaves the EU without a deal. Boris Johnson wasn’t too worried about this happening, though. In response to talk of Brexit uncertainty among business leaders, he reportedly said “fuck business”. Craig Oliver, formerly David Cameron’s spin doctor and a BBC News editor, sent out a tweet about the foreign secretary’s outrageous reaction.

As The Guardian reported, Johnson made the offhand comment after Airbus warned:

that it would have to disinvest from Britain unless there was a deal in which Britain continued its membership of the EU’s air safety certification system, single market, customs union and respected the jurisdiction of the European court of justice.

Many were shocked that a Conservative politician of all people would say “fuck business”.

Agree it’s almost unthinkable for a real Conservative to say that. Why hasn’t Mrs May sacked him then Craig ?

Others have questioned whether Johnson seriously wants his job anymore.

He's trying desperately to jump off the ship by getting the sack, I think. But May shrewdly keeps him on. He's been sat by the window with little to do.

He has already challenged the prime minister to sack him over the Brexit process.

PM: Boris, did you really say ‘fuck business?’
BJ: Yes I did, Prime Minister. But let me explain…
PM: Not interested. You’re sacked.

That’s how the conversation ought to go. It won’t, of course, but it ought to. Enough is enough.

So far, the foreign secretary has avoided the sack, despite describing May’s Brexit plans as “crazy” and saying that the Treasury’s predictions on post-Brexit Britain were “mumbo jumbo”.

How Brexit could affect business

If Airbus pulled its UK investments, it “would be a devastating blow to jobs and manufacturing”, as Will Hutton writes in The Guardian. Directly and indirectly, the company employs 14,000 and 100,000 British people. Last year, shadow Brexit secretary Keir Starmer said: “The biggest risk to jobs and the economy is the threat of no deal”. More recently, he emphasised that no deal would be “catastrophic”.

When Johnson says something flippant like “fuck business”, he is also saying “fuck people”. After all, people’s jobs and livelihoods are on the line here. The foreign secretary is making a mockery of the Brexit process. And given that even the conservative commentariat is up in arms, it’s pretty incredible that he’s still managing to hold onto his job.