Labour is striking a nerve with its latest campaign - Canary 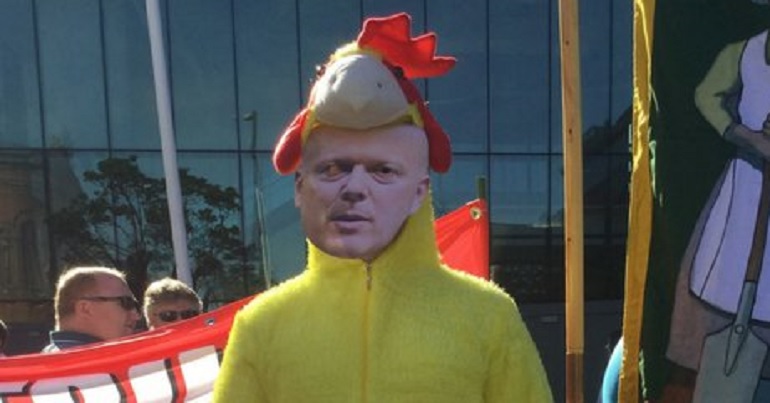 Labour just scored possibly its first social media trend of the summer – and some of the contributions were delicious.

The Labour Party organised a #RailMayhem day of action on Monday 25 June. It was highlighting the chaos on our rail network, the ineptitude of transport secretary Chris ‘Failing’ Grayling and the need for the renationalisation of the network. It caused quite a stir on Twitter.

#RailMayhem coincided with the controversial East Coast Mainline being partly and temporarily taken back under government control. As The Canary previously reported, the franchise has been dogged by controversy, being nationalised in 2009, then privatised in 2015, then placed under a public/private partnership operation this May. The government still plans to give it back to the private sector; something the National Union of Rail, Maritime and Transport Workers (RMT) branded “government-sponsored racketeering”.

So, Labour took to the train stations, and to social media, to call on ‘Failing Grayling’ to resign and for the renationalisation of the rail network:

This morning, Labour campaigned across the country for the whole railway network to be brought back, permanently, into public hands and run for people, not profiteers. #RailMayhem pic.twitter.com/W80i5QOyRI

#RailMayhem still facing significant delays @ Headingley on a daily basis. These people are simply trying to get to work. Where is the accountability? #northernpowerhouse pic.twitter.com/52AI9UluYB

Labour MP Emily Thornberry blew up the irony meter with her tweet:

Trying to get to Stevenage for Labour's Rail Campaign Day. And guess what? Train's been cancelled. #RailMayhem @EofELabour pic.twitter.com/DpKxryfmZH

#RailMayhem
I commute from Brighton to London. Trains frequently late or cancelled, usually very crowded, and worst of all I pay an eye-watering £5,300 a year for the pleasure. That's almost 1/3 of my post-tax income. Can't wait for @UKLabour to do something about this mess.

Southern is failing while Labour is derailing Grayling

As The Canary has documented, the never-ending chaos on Southern Rail has been staggering. From disabled people, passengers groups and unions accusing the operator of disability discrimination, to multi-million pound ‘get out of jail free cards’ gifted by the government, ‘Southern Fail’ as it’s come to be known has won itself an extraordinary reputation. And it’s not a good one, with the latest fiasco being its new timetable.

Grayling’s handling of both the East Coast and Southern franchises, and of the rail network more broadly, has led Labour to call on him to resign. As Labour’s shadow transport secretary Andy McDonald said in a press release:

The rail mayhem that we’ve seen on our railways was caused by one man and that man is Chris Grayling.

Passengers across the country are right to be angry at the way he has handled the latest in a long run of rail fiascos.

Chris Grayling has lost all credibility and it’s time for him to go.

The RMT piled in on Grayling as well:

"Chicken Grayling" located in Manchester this morning as @RMTunion Protest demands an end to the Northern franchise scandalhttps://t.co/jCEk4dmK40 pic.twitter.com/fDXr8HsaZ6

The East Coast mainline, and all other lines should be run in the interests of passengers and taxpayers, not private profit.

Passengers, our economy and our environment need affordable fares and reliable services, which Tory policy is failing to deliver.

With public opinion consistently backing renationalisation, the government’s experiment in “zombie privatisation” may soon have run out of track.

– Read more from The Canary about our rail network and support the Association of British Commuters, fighting for everyone’s transport rights.