The government is facing yet more court action. This time Richard Branson's company is in the frame. - Canary 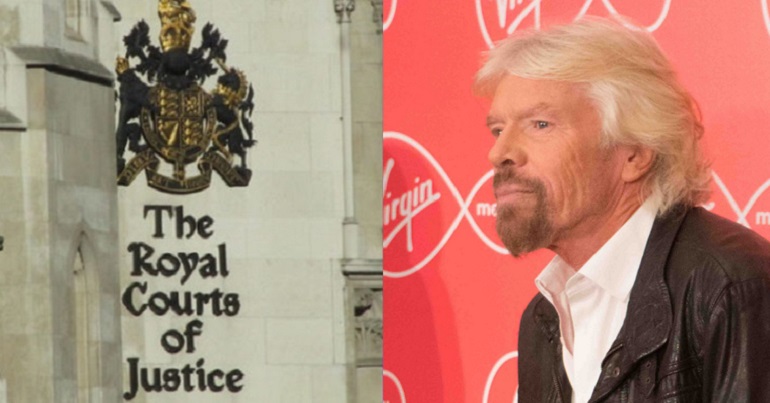 The government is yet again facing court action. But this time it’s because of its handling of a privatised service, partly run by Richard Branson.

The East Coast Mainline has been dogged by controversy ever since the government privatised it in 2015. Part-run by Branson’s Virgin Trains, along with Stagecoach, the privatised contract has now collapsed. This has left the public out of pocket and the government floundering.

This is the full legal notice Bring Back British Rail’s solicitors sent to the government:

Ellie Harrison from Bring Back British Rail told The Canary:

We want to know exactly what has been going on behind closed doors at the Department for Transport [DfT]. It must reveal the total amount of public money that it has wasted through the needless privatisation of East Coast. If it’s far more than public ownership would have cost, Grayling must be forced to admit privatisation is an economic failure.

We want to see publicly owned East Coast reinstated. Because this is simply the most effective use of taxpayers’ money.

But this is just the tip of the iceberg. Because the East Coast mainline has been dogged by scandal in recent years.

A catalogue of failures

As The Canary previously reported, the East Coast mainline was a nationalised rail service until 2015. Then the coalition government sold it off to the private sector. It has been jointly run by Stagecoach and Virgin Trains ever since.

But after the companies were reportedly considering ending their contracts early, the government stepped in. It had agreed that they could stop running the service in 2020, three years early. This was because the companies “overbid” for the contract and it was not making enough money for them.

Crucially, though, the government will let them forfeit some of their £3.3bn financial obligations. As The Chronicle Live reported, Stagecoach only paid £204m in the first year of the contract. The National Union of Rail, Maritime and Transport Workers (RMT) claim this is because the contract was:

Deliberately weighted so that the bulk of the payments would be made towards the end.

So the amount the government will be letting them off is likely to be over £1bn.

Then on 5 February, Grayling said that the franchise could collapse in a “very small number of months and no more”. As the Guardian reported:

He said the DfT had two options for the route… it could either take the franchise in-house; or offer a ‘short-term, not for profit’ contract to Virgin Trains East Coast…

The General Secretary of the RMT, Mick Cash, said:

The only solution to this government-sponsored racketeering is a return to public ownership and an end to corporate welfare at the taxpayers expense.

At the moment, the future of the East Coast mainline is looking uncertain. But Bring Back British Rail’s judicial review intends to get answers to that uncertainty.

One of the specific areas it will focus on is Grayling allowing the two companies to have other rail franchises. On 6 February he said that Virgin Trains had won the InterCity West Coast contract, without any other companies bidding for it. And on the same day, he also revealed that Stagecoach had been shortlisted for the East Midlands franchise. Grayling said:

The government has no legal grounds to restrict Stagecoach from bidding.

But Harrison disagrees, hence the franchising decisions forming part of the judicial review. She told The Canary that:

The government should ban Stagecoach and Virgin from bidding for future franchises after this spectacular failure. But if they are, it will leave the DfT with a fair few problems. It will leave an even smaller pool of eligible ‘bidders’ which may start to undermine the whole system.

Time to bring back British Rail?

The Canary asked the DfT for comment. But it had not responded at the time of publication.

Ultimately, Harrison hopes the judicial review will gather evidence “for wholesale re-nationalisation” of the UK’s rail network. She said:

Rail privatisation was doomed to fail from day one. This is because it was essentially forcing a market into a ‘natural monopoly’. That is, you only need/want one train track going from, say, London to Edinburgh. The fragmentation, duplication of services and needless franchise ‘competitions’ have snowballed the costs of running our railways. Along with shareholder dividends, it’s why we spend more on public subsidies than we ever did with publicly-owned British Rail.

Listen to the public

But Harrison’s case for renationalisation is a broader one:

Our railways are such an important piece of our national infrastructure. They will become essential as we attempt to reduce our country’s carbon emissions, because rail is a more sustainable form of travel. In order to fulfil this, our railways must be as affordable and efficient as possible. They must also have ambitious plans for expansion. So renationalisation needs to happen, and it needs to be wholesale.

With 60% of the public backing rail renationalisation, Bring Back British Rail’s stance is popular. Will that, and a judicial review, be enough to make the government’s case for privatised rail collapse? Here’s hoping.

– Follow Bring Back British Rail and donate to its crowdfunder.