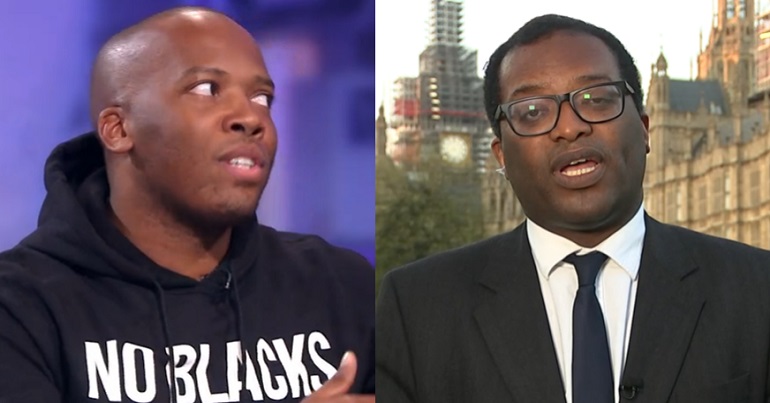 It took a grime artist just a few minutes to destroy a Conservative MP’s defence of the government in the ongoing Windrush scandal. But the exchange highlighted a deeper problem: the classism that exists within the UK.

It’s not about racism. Honest.

Kwarteng insisted to host Krishnan Guru-Murthy that the Windrush scandal wasn’t about “institutional racism”, and that “we’re muddling lots of different things”. But he noted that we “do have problems with racism in this country”. Yet Kwarteng maintained that immigration and racism were “not really central” to the Windrush scandal.

Phonix was not happy. He asked Kwarteng how he would feel if his “mum was sent back”.

Eton-educated Kwarteng said he’d be “appalled”. But he claimed the government “don’t know” how many people had been deported under the Windrush scandal. He also claimed there was “no evidence” that anyone had been deported. He then accused Phonix of trying to “play politics” with the issue.

But Kwarteng did not impress Phonix. He said:

I’m not a politician. I’m speaking for all the people who come from where I come from.

He went on to say Kwarteng was “talking nonsense”. The MP again defended the government, saying:

I don’t know of anyone who has been deported.

Phonix was not having it. He said:

You wouldn’t… You are not coming from the same place I’m coming from. You don’t represent the same people I represent. You would not know. And you don’t care… It’s a job for you… This is reality for me. When I leave here, my car can get pulled over for no reason… When I go in a shop, or my daughter goes in a shop, who’s 12, she gets followed around the shop…

After the Second World War… parliament passed the British Nationality Act in 1948 and gave British citizenship to all people living in Commonwealth countries. This law granted them full rights of entry and settlement in Britain…

While home secretary, Theresa May passed an immigration bill which undid the rights of the Windrush generation.

It later emerged that the Home Office had deliberately destroyed the registration slips of Windrush citizens. This has made it impossible for many to prove their citizenship.

The exchange between Phonix and Kwarteng was telling. Not least because it highlighted a Conservative MP admitting the government has little idea what’s going on under its own watch. But what the debate really highlighted was the gulf that exists between some politicians and the communities they claim to represent.