Labour centrists face their own racism row today, and they have no one to blame but themselves - Canary 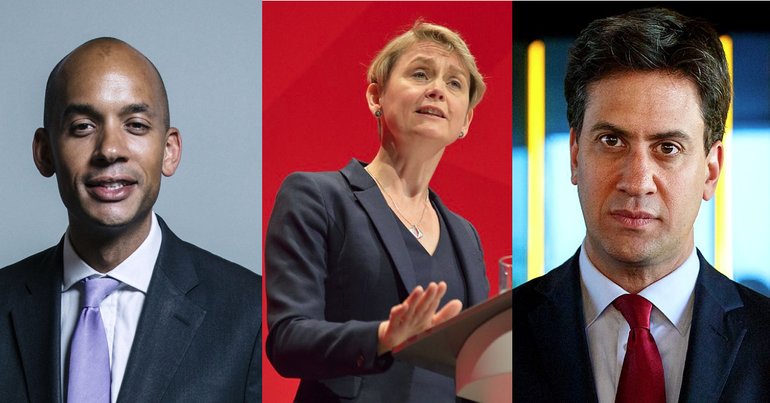 For over two years, Labour centrists have promoted antisemitism smears against the left with scant regard for the opinions of left-wing Jews. But now, they are engulfed in their own racism row, as it’s emerged they all backed Theresa May’s 2014 Immigration Act. This act enabled the “regime of harassment” being suffered by the Windrush generation today, just as the left warned at the time.

It’s worth taking a brief look back at how hard Labour centrists fought for this insidious piece of legislation. It shows the glaring difference between the gesture politics of the centre and the human politics of the left.

While home secretary, May put forward an immigration bill which undid the rights of the Windrush generation. People who’ve lived and worked in Britain for more than half a century have lost their jobs, been denied life-saving treatment from the NHS, been locked up in detention centres, and even been threatened with deportation.

This scandal was not an accident. It was the intended result of the policy, and enabled by Theresa May herself.

But centrists aren’t mentioning how this bill became law. Because Ed Miliband’s Labour frontbench ordered MPs to back it. Yvette Cooper, Sadiq Khan, Chuka Umunna, and other prominent centrists were all party to this as frontbenchers at the time.

Don't think it's been mentioned nearly enough that when the Tory/LibDem Coalition brought in the 2014 Immigration Act which caused the Windrush Scandal, only 18 MPs had the courage to vote against. They included David Lammy, Diane Abbott, John McDonnell and Jeremy Corbyn.

While MPs across the House queue up to denounce the policy now, just 18 of them voted against the final reading of the act (including the ‘tellers’, who aren’t counted in the final vote). They were:

Not a single Labour centrist voted against the legislation.

Labour centrists vs the left in 2013

We reviewed Hansard, briefings, media reports, and other records from the time. What we found was that Jeremy Corbyn and other opponents of the bill warned of its dangers in the starkest terms. But their concerns were dismissed entirely by Labour centrists.

At the time, Miliband’s Labour was trying to prevent Labour losing voters to UKIP – by making accommodations to anti-immigrant sentiment. For many, the climax of this process was the anti-migrant mug:

Labour voted for the Tory Immigration Bill. Labour govt dedstroyed the landing records of the #Windrush generation and produced this mug as a dog whistle to racists for suport pic.twitter.com/v2iXWjvXZe

But Labour’s support for the immigration bill showed that centrist capitulation to the right went way beyond the mug. As the Labour Representation Committee Briefing, a left-wing Labour group, wrote at the time:

Labour will be embarrassed unless it changes its stance. Yvette Cooper described some of the measures as “sensible”.  But how “sensible” is it to stop “illegal migrants”, as she calls them, from opening bank accounts or getting driving licences, forcing everyone to produce complex paperwork to prove their right to exist? And how “sensible” is it to force every landlord in the country, including people taking in lodgers, families sub-letting to relative, and most hostels, to check new tenants’ documents?

These proposals have been rejected, mocked and slated by housing professionals, landlord bodies, lawyers, children’s charities, local councils and tenant organisations. Instead of standing with them against the Tories, Yvette Cooper has run scared, ceding the argument and choosing to fight the election on a terrain she cannot win.

On the third reading of the bill, Jeremy Corbyn told the House:

Jeremy Corbyn in 2013. I reckon he is a Time Lord tbh. pic.twitter.com/kgBhiD7QOM

And John McDonnell described the bill as:

the most racist piece of legislation that this country has witnessed since the 1960s… aimed at setting up a regime of harassment for migrants.

Five years on, who can deny they were right?

But there is no humble pie moment for Labour centrists. Instead, they feigned stunned outrage at the very outcomes they helped make possible. Yvette Cooper, who defended the measures as “sensible” in 2013, now presents herself as a committed opponent:

Here’s @CommonsHomeAffs warning to Government about serious errors & weaknesses in the “hostile environment” policy from one of our reports earlier this year pic.twitter.com/aNjhdVwhLC

Where was her outrage at the time? On 22 October 2013, with Cooper sitting directly opposite, Theresa May told the House of Commons that her bill aimed to create this “hostile” environment. Cooper backed it anyway.

The same goes for Chuka Umunna.

The Prime Minister said in PMQs that Albert Thompson, my constituent, will be receiving the NHS treatment he needs. But he has not received the radiotherapy he needs nor been made aware of any plans to provide it. To say otherwise is wrong, and she must correct the record. pic.twitter.com/zMDhgC64TC

Five years after backing the bill that made this possible, Umunna makes no apology for (or reference to) his part in it.

This is just the tip of the iceberg when it comes to centrist politics adopting the language and outlook of the right. On war, on the economy, on immigration – centrists have ceded so much ground the right there’s no longer a functional border between the two. Despite this, centrists argue they are the upholders of liberal values in the Labour Party.

Never mind the mug, or the bill, or the War on Terror, or the Terrorism Act, or the Immigration Detention Centres that strip Muslims and migrant groups of their human rights and dignity. For centrists, attendance at a single rally against antisemitism outweighs their wider history. This audacious act of denial cannot be achieved without the support of the establishment media, who whitewash the history of centrists, and their own outlets. It’s a history of capitulation to the right, daily contributions to racism and anti-migrant sentiment, and the erosion of human rights.

The left is far from perfect, because it is merely a collection of imperfect human beings. But like so much of late, the left was on the right side of history when it came to the immigration bill. And the centrists, once again, were not.

This article was updated on 22 April 2017 to change the number and list of MPs who voted against the final reading of the bill. The original article had the names and figures from a previous reading.