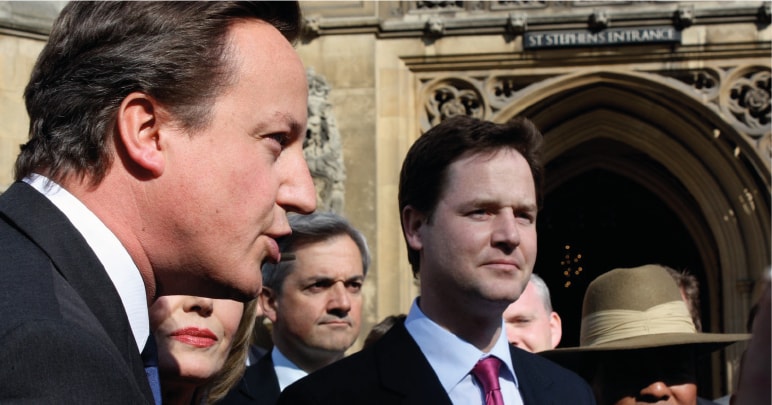 A former head of strategic policy for the Lib Dems has revealed some coalition government strategy on Twitter. And it’s made a lot of people very angry, as she claims the Lib Dems used benefit claimants as a bargaining chip.

WalesOnline described Polly Mackenzie as “The Welsh woman behind Cleggmania”. Her gift for inspiring the public seems to have diminished, however, as she posted this on Twitter: 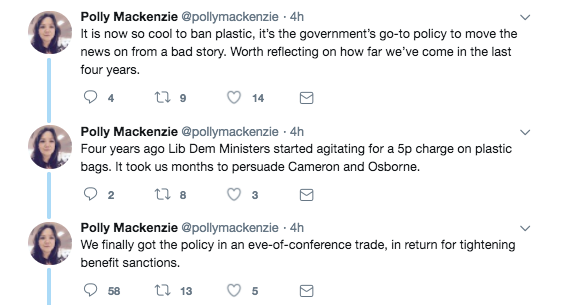 This part of the thread was widely commented on and shared by other Twitter users: 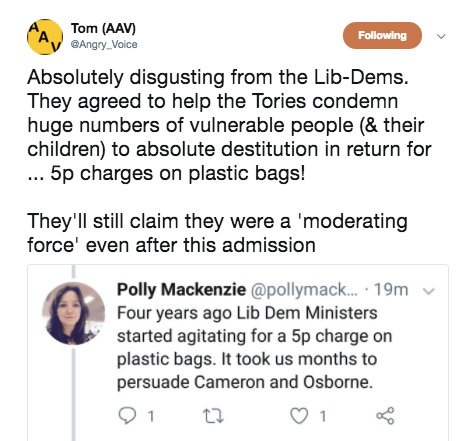 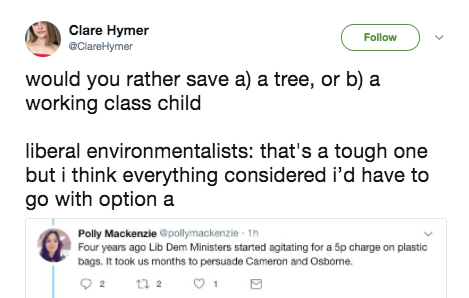 It didn’t tell the whole story, however. In some ways what she said next showed things worked out better than people realise. But in others, it shows the Lib Dems were happy to put people’s wellbeing at risk.

After talking some more about the success of the plastic bag policy (and how brilliant Michael Gove is), Mackenzie said: 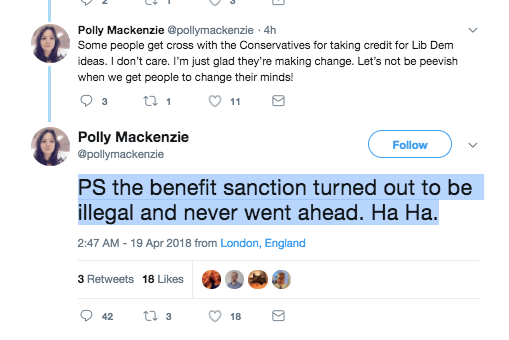 She then confirmed it was a gamble:

…although they had at least put some thought into what they were doing: 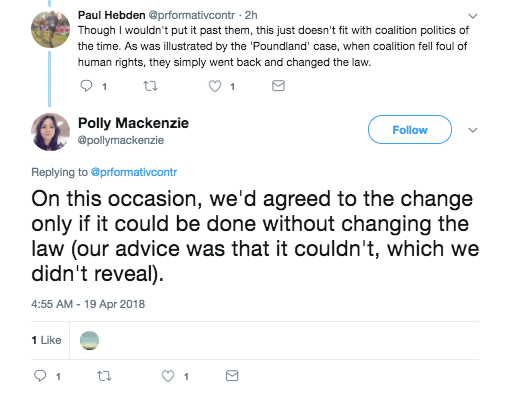 People were unhappy with the attitude Mackenzie showed. They were also annoyed the Lib Dems put people at risk. Some people pointed out the absurd irony of it, while others were just angry:

great to know you were willing to sell out for something so bad it was illegal, superb judgement there.

I'm baffled by two things a) that you think this story is somehow funny and b) that you are publicly admitting that lib dems are just as callous as the Torys but somehow that's a good thing?

I'm sure the vulnerable people that would have been affected were very comforted by that.

All this has really shown is just how capable the Tories were of manipulating the Lib Dems…. that's all you got? For absolute misery in peoples lives.. a 5p tax.

Mackenzie did admit to being “flippant” when questioned. People in turn questioned her response: 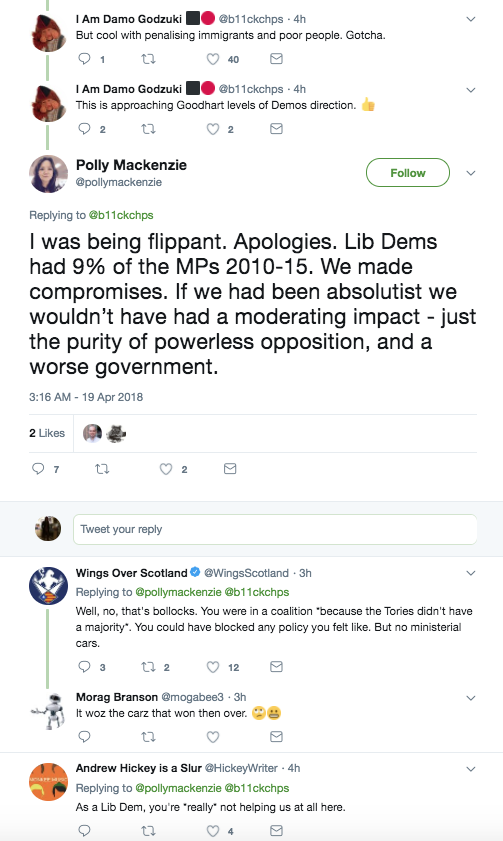 She didn’t always seem to understand what people were taking issue with, though: 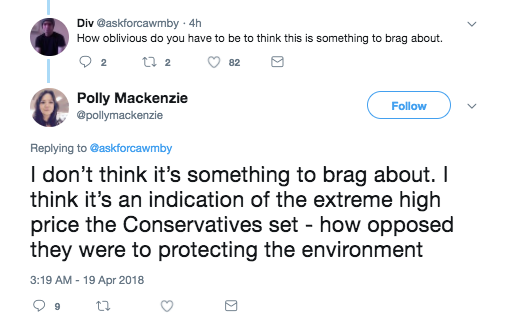 But she isn’t the only Lib Dem to ignore their party’s record in government: 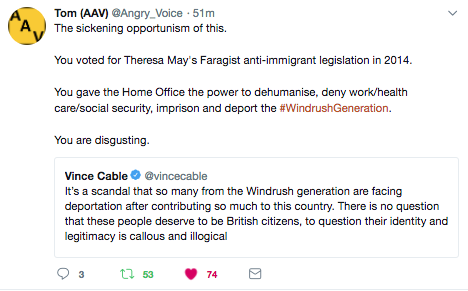 Politicians treating government like a big game is far from unique to the Liberal Democrats. There are Labour politicians who would have done the same thing, and there are Tories pulling the same stunts right now.

It is another blow to the idea that Lib Dems represent ‘sensible and moderate’ politics, however. Because although the 5p bag charge has done a lot of good, it wasn’t worth risking people’s welfare. Especially when you consider the grave risks presented by Conservative changes to the welfare system.