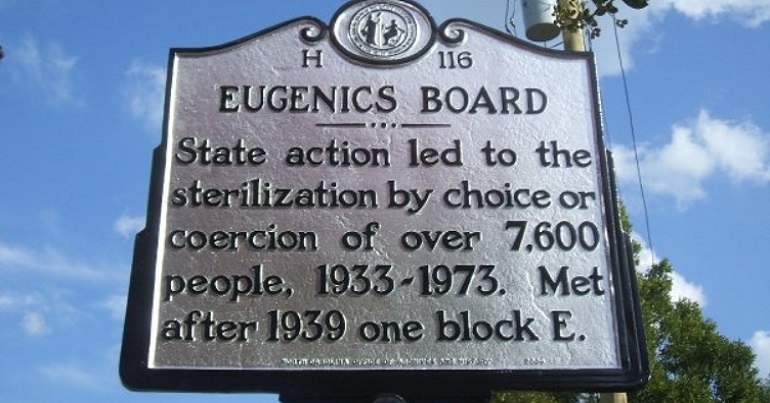 An academic whose work has been likened to “eugenics” has come unstuck after he revealed some of his research was completely flawed.

In 2016, Adam Perkins, a lecturer from Kings College London, published a book called The Welfare Trait: How State Benefits Affect Personality. According to the London School of Economics (LSE), in the book he argued that:

Perkins himself said in an article for The Conversation:

People with these [employment-resistant] characteristics are… unlikely to manage their welfare money conscientiously to benefit their children. They are also unlikely to give their children the necessary attention for adequate personality development.

The welfare state has become a production line for dysfunctional, employment-resistant personality characteristics.

His book led people to claim he was saying that, essentially, poor people shouldn’t have children. But now, Perkins has had to admit that his research was wrong.

The results of the paper remain statistically significant… We still have a range of evidence showing that there are significant links between personality, employability and reproduction.

But some disagree. Jonathan Portes, professor of economics and public policy at King’s, told [paywall] Times Higher Education that Perkins’ theory was made:

on the basis of the most astonishingly flimsy, indirect and, it turns out, flatly erroneous evidence… [Some journalists] appear to be quite happy to validate and promote obviously junk science when it supports their ideological position.

Portes may have been referring to Toby Young, who wrote a supportive article of Perkins’ work called Tell the truth about benefit claimants and the left shuts you down. But while it appears that Perkins’ evidence for his book may be flawed, another major factor in his argument is also decidedly weak.

Eugenics: nothing new under the sun

In his article for The Conversation, Perkins used UK government figures from April to June 2013 to show that “more children are being born to welfare claimants than to employed citizens”:

Perkins used a three month window to draw his conclusions. But research across three years by The Canary showed a different trend. Using broader UK government figures, between 2013 and 2016 it found that there had been a notable increase in the number of births among the richest socioeconomic statuses (SES). Meanwhile rates among the poorest in society have been falling.

And The Canary found that the biggest drop in birthrates was among the lowest SES, typically unemployed people or those who have ‘never worked’. Rates fell by 33% between 2013 and 2016.

The problem with Perkins’ research is not whether it is statistically significant or not, it is the foundation from where Perkins research is coming from. He is looking for genetic relationships to social problems. Just as all eugenicists, Perkins takes a group he believes is problematic, and removes all social context. Perkins work, just as Charles Murray’s work before him, says nothing about inequality.

Perkins’ “science” is nothing more than a class and ideology-based attack on the poor. He can claim “evidence” all he wants. But his research shows an attitude which, while having its roots in the past, is very much alive and kicking today.

This article was updated at 6.50pm on Thursday 19 April to reflect a comment from Lisa McKenzie.