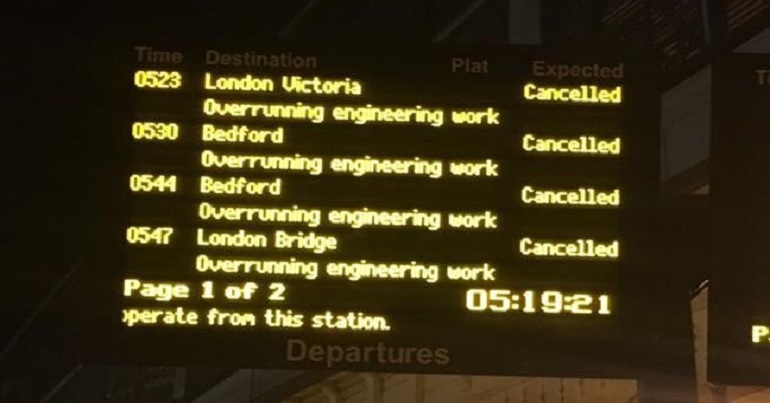 One of the UK’s most active trade unions is taking an ongoing dispute with the private sector to parliament. It intends to make sure its concerns become rather public.

Currently, several train companies are caught up in industrial action with the National Union of Rail, Maritime and Transport Workers (RMT). So, on Wednesday 25 April, it is taking the fight to parliament. A rally will be held at 11:30am at Old Palace Yard (opposite parliament) followed by a meeting inside.

As The Canary has been documenting, some train companies are introducing Driver-Only Operation trains (DOO). This would mean the scrapping of guards on services, with only a driver on board some trains. The RMT and campaign have been warning about the risks of scrapping guards. For example, disabled passengers would have to book support 24 hours in advance to get on and off trains. The groups claim this would breach the Equality Act 2010.

The RMT also has broader concerns over DOO, claiming it will compromise safety. It cites the fact that, currently, both drivers and guards protect the safety of the train. This is because rail operators have trained guards, not drivers, on how to secure the doors safely, protect the train, and act in emergencies. The also union says that independent inquiries have repeatedly stated that trains must have staff on board who are trained in protection and evacuation procedures.

Southern Rail, one of the train operators embroiled in the industrial dispute, has defended DOO trains. It previously told The Canary that disabled passengers can still turn up without notice and expect support – but that by booking in advance, the railway can give them additional assistance. It also says drivers have been trained on how to secure the doors safely, protect the train, and act in emergencies.

The RMT: protecting all our safety

We will be demonstrating outside Parliament to show that we are as determined now as we were two years ago – when the first dispute started – to defend the role of the guard on the train and the basic principles of passenger safety and accessibility.

The situation with the RMT and rail operators is not just one affecting its members. Its concerns, along with those of other groups, over DOO have an impact on everyone using trains. So anyone who is interested in the future of rail travel would do well to support the RMT on 25 April.

– Find out more about the RMT day of action and read more from The Canary about our rail network.