As UK transport grinds to a halt, these shocking images show why striking workers are right [IMAGES] - Canary 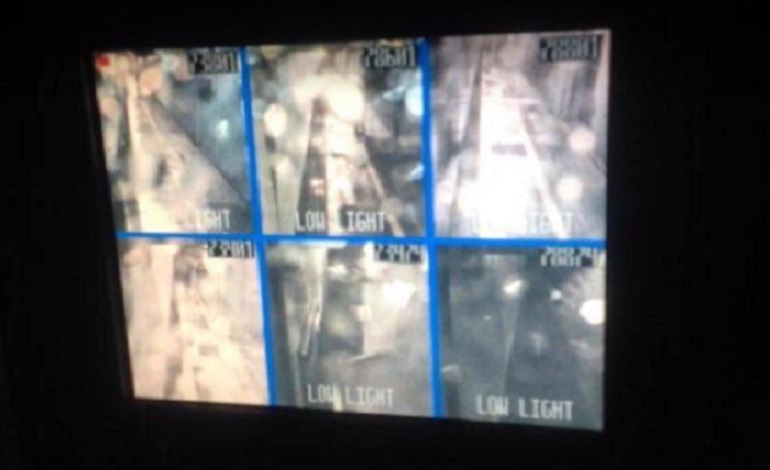 A whistleblower has handed The Canary shocking images that highlight the chaos on Britain’s railways. The exclusive photos blow open the current dispute between Southern Rail, passengers, and trade unions. They also raise serious questions about passenger safety. And a high-profile lawyer and campaigner has weighed in on the crisis, saying “biased right-wing media, and government spin” are hiding the truth about the chaos on Southern Rail.

Southern Rail is planning to make all its trains Driver Only Operated (DOO). This would mean the scrapping of guards across nearly all services across Surrey and Sussex, including Greater London. And the RMT claim it could lead to the loss of 400 guards on trains. But Southern Rail disputes that claim, saying all but one of the conductors will work on the trains as on-board supervisors, and it will be assigning more on-board supervisors to work on trains than it had before.

Also, disabled passengers would have to book support 24 hours in advance to get on and off trains. The National Union of Rail, Maritime and Transport Workers (RMT), Disabled People Against Cuts (DPAC), and the Association of British Commuters (ABC) says this would be breaking the law. The groups claim it would breach the Equality Act 2010.

Southern Rail says disabled passengers can still turn up without notice and expect support – but that by booking in advance, the railway can give them additional assistance.

The RMT claims that safety is going to be compromised. It cites the fact that, currently, both drivers and guards protect the safety of the train. It says Southern has trained guards on how to secure the doors safely, protect the train, and act in emergencies. But not drivers. Also, the union says that independent inquiries have repeatedly stated that trains must have staff on board who are trained in protection and evacuation procedures.

But Southern says drivers have also been trained on how to secure the doors safely, protect the train, and act in emergencies. It says on-board supervisors have also been extensively trained in safety and emergency procedures.

The dispute between Southern Rail, passengers and trade unions has seen widespread chaos on numerous services. But now, images passed to The Canary throw into question the claims of both Southern and the Office for Rail and Road (ORR) over the safety of DOO.

This is the view a conductor gets of the platform, on a dry evening: 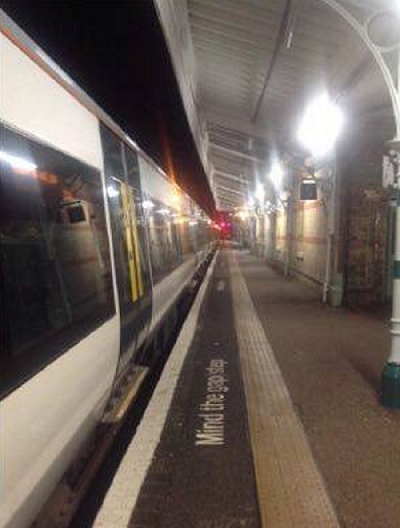 And these are a driver’s CCTV images. Once the trains become DOO, drivers would have to use these to decide whether to close doors and move the train out of the station: 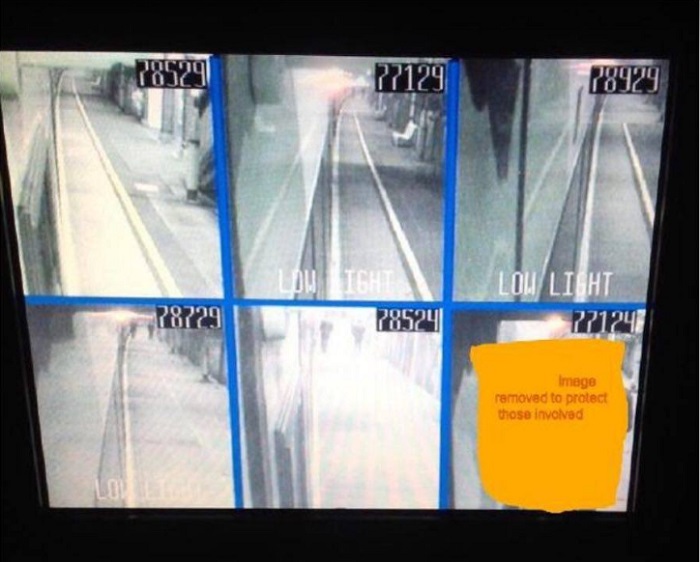 On a wet evening, here is the conductor’s view of a platform: 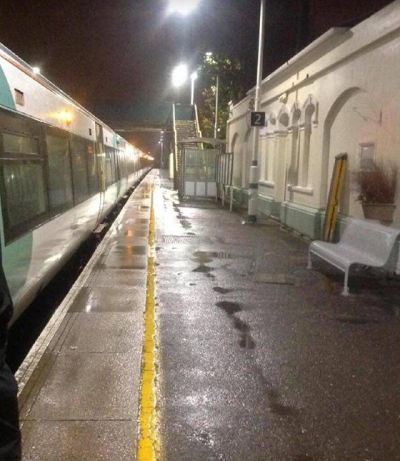 And the same type of view, but from the driver’s CCTV: 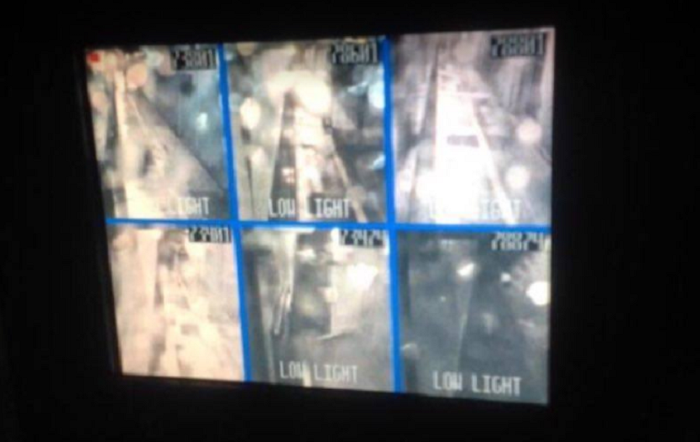 All these images are from operational Southern Rail trains. But they are ones that have older CCTV units. And according to The Canary’s whistleblower, Southern Rail will be making these DOO trains.

The image below is of a driver’s view, with the newest model of CCTV equipment: 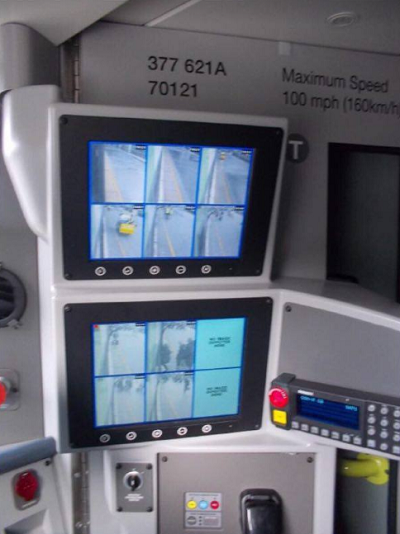 Once Southern remove guards from services and the trains are DOO, a driver will be reliant upon the CCTV images above. And little else.

Too many unanswered questions for Southern Rail?

The ABC claims that Southern Rail has not even trained some drivers on the DOO system. And the whistlebower told The Canary:

Southern Rail says it has trained drivers on DOO. But the company has been bullying drivers who ask for extra training. The training that Southern are relying on is a briefing from 2014 that only some drivers had access to. But the only DOO training Southern gave drivers in 2014 was done on the Brighton line. Which works entirely differently to the new system that Southern want to impose. Also, if Southern Rail drivers are so well trained, why would they have so many unanswered questions about DOO?

The whistleblowing driver also passed an internal ASLEF document, made by drivers on 4 January 2017, to The Canary. The document, which details 74 “unanswered questions” drivers have for Southern Rail, is as follows: 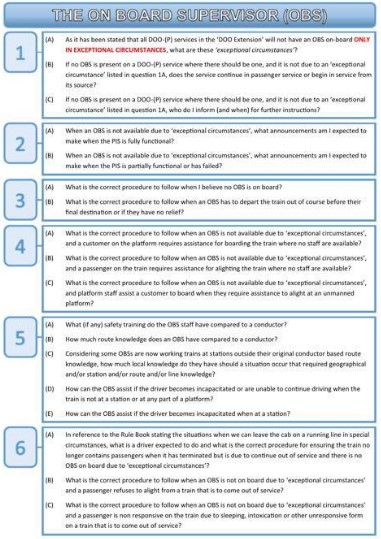 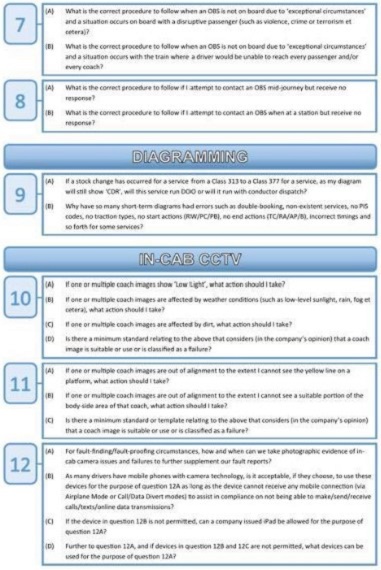 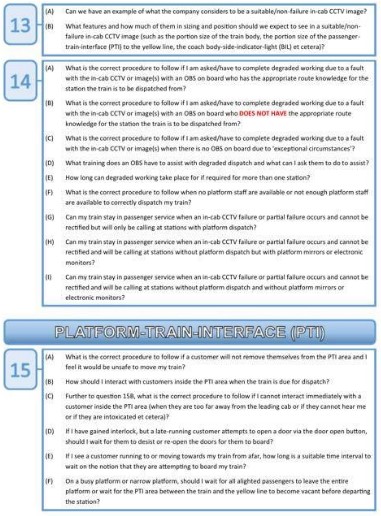 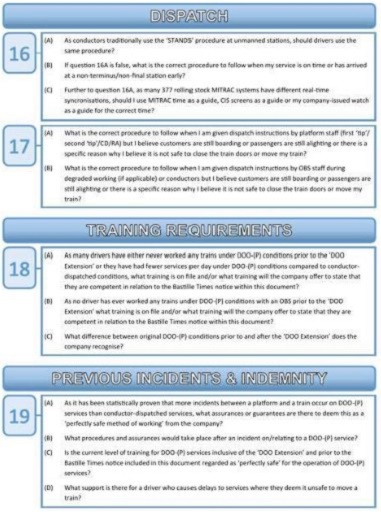 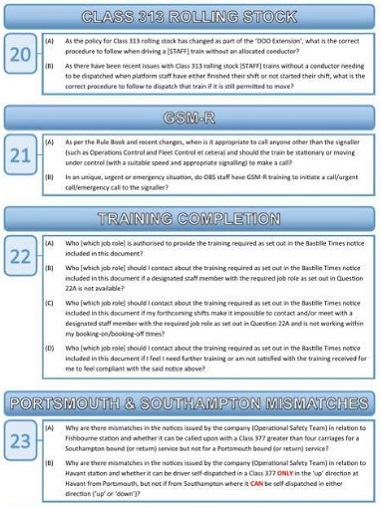 ORR is satisfied that with suitable equipment, procedures and competent staff in place the proposed form of train dispatch intended by GTR-Southern, meets legal requirements and can be operated safely.

But the RMT disagrees, calling the ORR report a “whitewash” that leaves passengers with “no genuinely independent safety regulation on Britain’s railways”. And Peter Stefanovic, a lawyer and high-profile campaigner, agrees with the RMT. In an exclusive video for The Canary, he says that drivers are striking “to protect the safety of everyone of us; our children, our mothers and our fathers”. Watch Stefanovic’s full response here:

Southern Rail: running out of track?

The Canary contacted Southern Rail for a statement. It said:

We strongly refute any allegations of bullying. All drivers operating DOO on Southern are fully competent and will continue to receive on-going individual support as needed. These images have been cherry-picked by the union for propaganda uses. If any driver identifies equipment that is not working or does not provide a suitable view, then they know what to do. Southern has, and will continue to, encourage drivers to report any concerns with camera/monitor equipment, as per requirement of their rules. Any such report is logged and acted upon.

For many, the problems with Southern Rail proposals for DOO trains are clear. It would seem unfathomable to think that a driver could manage passengers’ safety as well as a guard could. But the images passed to The Canary, most notably the one of CCTV footage on a wet evening, compound the argument against DOO trains. And the fact that Southern Rail drivers seem so unsure of the procedures surrounding DOO trains should give even more pause for thought. With the current dispute between Southern Rail and trade unions becoming even more entrenched, the embattled rail company must surely now be running out of track.

This article was updated at 8.45pm on Thursday 12 January. It previously incorrectly stated that disabled passengers would have to book assistance 48 hours in advance. This has been corrected to 24 hours. The article has also been updated to reflect the views of Southern Rail.