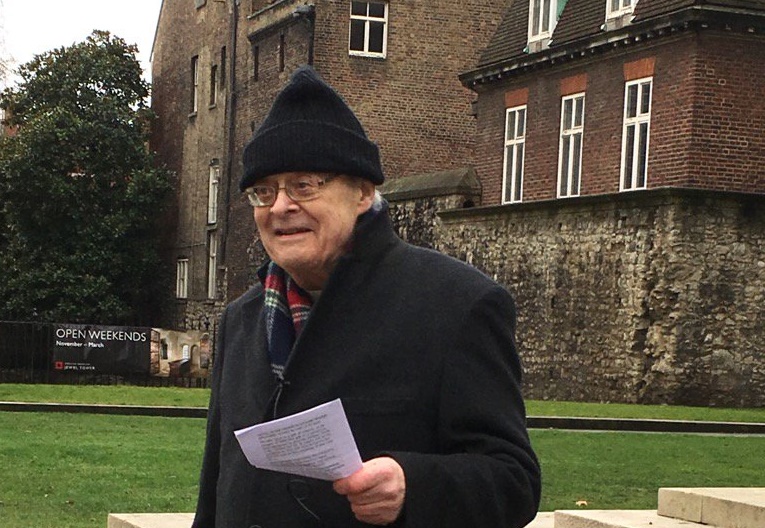 A retired vicar is once again fighting the corner of the poorest and most vulnerable people in Britain. Paul Nicolson was outside parliament on Monday 9 January, protesting over one of the country’s most shameful crises. But it’s not the first time the former reverend has taken on the Tories. And won.

The ‘Twelve Shames of Parliament’

Nicolson, from Tottenham, was staging his second “Sound the alarm for the Housing Crisis” event of the past two months. He wants to raise the public’s awareness of what he calls [pdf] the “Twelve Shames of Parliament”, surrounding poverty and housing. Nicolson and his campaign group, Taxpayers Against Poverty (TAP), says [pdf] the government’s 12 shames are:

He says that a combination of these 12 shames is causing “higher rents, more rent arrears, more evictions – more hunger”. And the perfect time for Nicolson and TAP to raise awareness of this crisis was on MPs’ and peers’ first day ‘back to work’.

An alarm that needed ringing

Members of TAP, Unite Community, and Disabled People Against Cuts (DPAC) gathered outside parliament at 11am: 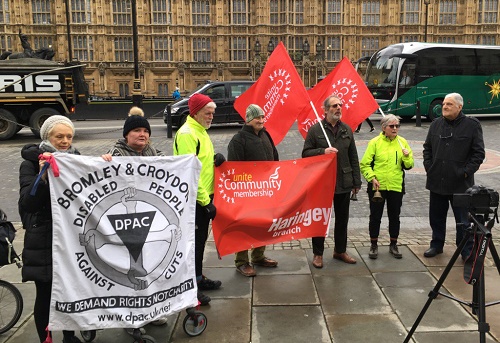 TAP’s message about the government’s controversial Housing and Planning Act was clear: 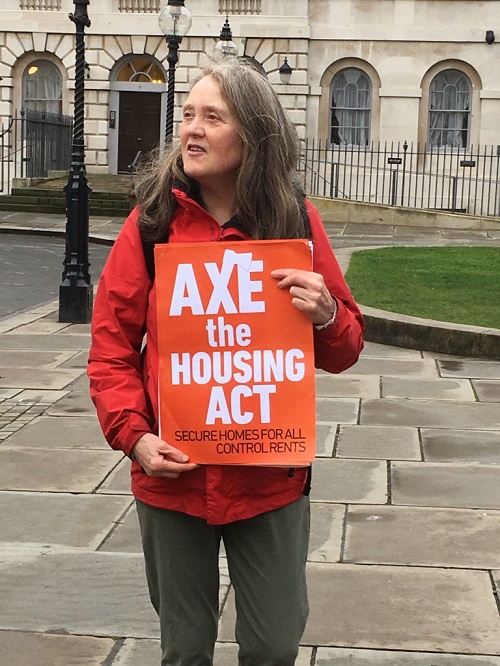 It would seem that Theresa May put in an appearance at the TAP protest, along with a somewhat unwell Lord Leveson: 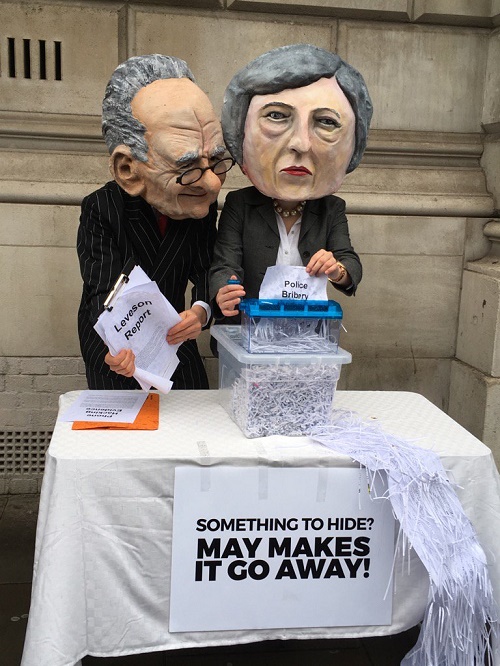 And Nicolson had a few choice words to say about the government, repeating the same call he made in December:

When a fire, crime or accident happens, somebody sounds the alarm… We have a very, very serious housing crisis. [There should be] the abolition of council tax; the abolition of business rates, stamp duty and the gradual reduction of income tax and VAT.

TAP is demanding immediate action from the government:

Nicolson is also calling on everyone to ‘sound the alarm bell’ at MPs’ constituency surgeries. And demand action, now.

A history of taking on the Conservatives

The retired vicar has form when it comes to fighting for the rights of poor, disabled and vulnerable people. As The Canary previously reported, Haringey Council threatened him with jail in August 2016. This was because Nicolson refused to pay nearly three years’ worth of council tax, in protest over how the tax affects some of the poorest people. He said at the time:

I am refusing to pay £2,831.42 council tax because of the damage the tax is doing to the health of very badly off residents of Haringey some of whom have had their income stopped by a benefit sanction. Meanwhile Haringey council continues to tax the benefit incomes of its poorest residents, adding court costs, sending in the bailiffs, ignoring mental and physical ill health, the short life span, the low birth weight, food and fuel poverty, in some of the most deprived wards in the UK…

Haringey Council forced Nicolson to pay the money back. But this, and his two events at parliament, show that he does not suffer fools gladly. Especially Conservative ones. For it’s his joining together of various issues and tackling them as one problem which makes Nicolson so compelling. And with poverty forecast to balloon by the end of the decade, his voice is one that will be sorely needed.

This article was updated at 12.15pm on 10 January to reflect a typographical error.

– Find out more about TAP.