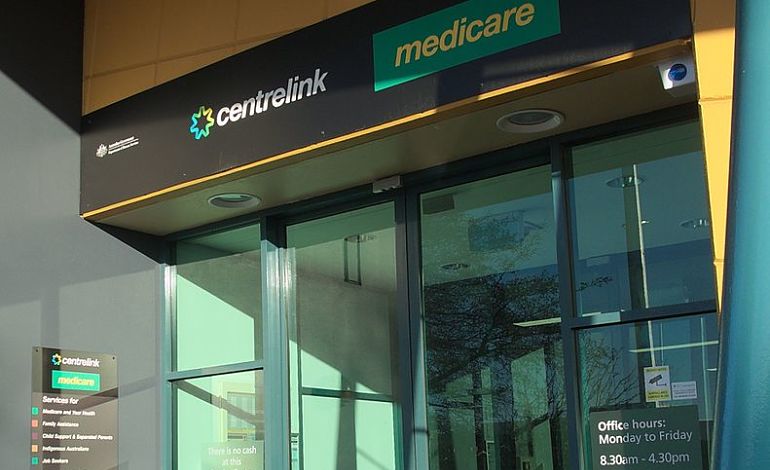 An extortion racket is punishing the poorest and most vulnerable people in Australia. But far from being a criminal enterprise run by a mafia gang, it’s the Australian government running the racket.

The astonishing debt recovery scandal aimed at the most disadvantaged is blowing up across Australia. The scheme, which could be taken straight from the script of the fictional Ken Loach film I, Daniel Blake, is managed by Centrelink, run by the Australian government’s Department of Human Services.

Australians have hit back with a hilarious new video mimicking the Australian government. The video highlights mounting questions about the government debt recovery programme, which sees thousands of dollars forcibly taken from hundreds of thousands of Australia’s most marginalised inhabitants.

The taskforce has since issued 20,000 threatening letters each week to targeted areas. In the last six months alone, they have dispatched an estimated 170,000 debt recovery notices. 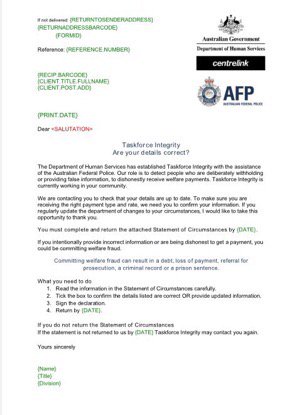 Taskforce Integrity targets geographic areas where data seems to point to higher risks of suspected welfare fraud. The initiative is currently in its pilot phase, but has funds to operate nationally until mid-2019.

We’ll find you, we’ll track you down and you will have to repay those debts and you may end up in prison.

If people don’t pay the alleged debt, debt collection ‘heavies’ collect the payment, plus 10% recovery costs and 10% interest. Jail is another option. A third is to apply a Departure Prohibition Order, which means non-compliant recipients of debt recovery letters are subject to a ban on overseas travel.

And if the recipient does not respond to a letter, Centrelink simply assumes the ‘debt’ demand is correct.

Dun & Bradstreet is one of three debt collection firms that Centrelink is using. Others are Probe Group and Australian Receivables, both on A$2.5m contracts.

But there are serious questions about the integrity of the scheme. The money demanded is based purely on notional estimates of possible overpayments by Centrelink. These estimates derive from calculations that average out an individual’s anticipated income, rather than hard facts.

The way they did it, obviously it’s dangerous, because their algorithms are flawed in the first place.

Centrelink developed the data-matching software in-house. And it has applied it to operations over many years, raising questions about past errors too.

This satirical response to the criticisms sums up the situation very well:

One single mother received a demand for $24,000 just days before Christmas.

In another case, a suicidal man suffering from anxiety was told he had a debt of $10,000. Later, it turned out that the Australian government actually owed money to him.

Another man received a letter demanding just under $140,000 (the debt calculation was entirely erroneous).

Many of those who received letters from Centrelink are elderly, have disabilities, or suffer with mental health challenges. So they often find it difficult to use a computer and register an online complaint online with Centrelink.

While there are thankfully no reported or attempted suicides by letter recipients so far, Centrelink clearly anticipated potentially tragic responses. In recently issued advice, the Australian government suggests that anyone expressing concerns should contact Lifeline, a charity that offers advocacy to anyone contemplating suicide.

Meanwhile, Australians who wish to raise concerns with Centrelink have to make hundreds of calls before the phone line even connects, then spend hours on hold.

It’s I, Daniel Blake all over again, Aussie-style. And as Ken Loach, the director of the award-winning film, said: “It’s time to fight back.”

The Australian Unemployed Workers Union is now offering the services of a specialised Centrelink Debt Officer, who can advise letter recipients on their next steps, including contacting a community legal centre.

Automated debt generation has no place in a free and democratic society.

Universal Basic Income (UBI) could be one solution to the problem. The government of Finland has implemented UBI as part of a pilot scheme. In Canada, Ontario will launch a similar scheme. In Scotland, local councils in Fife and Glasgow will also trial UBI schemes. The Australian government could do well to learn from those examples, instead of using debt to punish the most vulnerable.