Corbyn proposed a 'maximum wage', and the corporate media is totally losing it - Canary 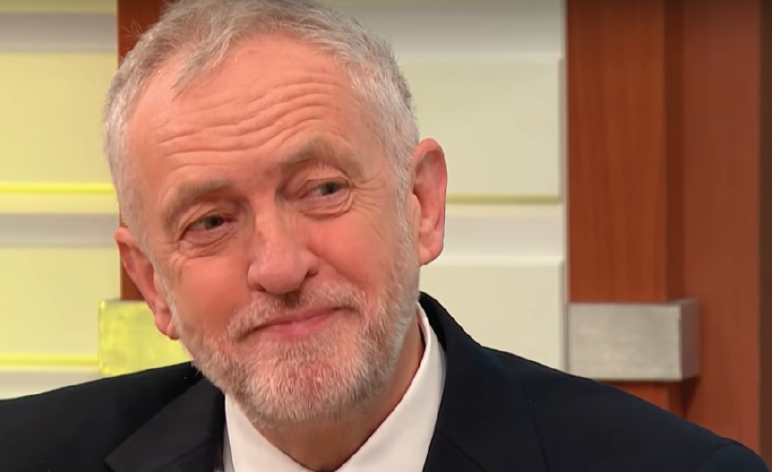 Jeremy Corbyn has repeated his hope of one day introducing a ‘maximum wage‘.  This would mirror the ‘minimum wage’, but instead see a cap on the upper limit of what people can earn. And although Corbyn has yet to lay out any firm plans for this proposal, the corporate-owned media has already come out against it.

What we are also looking at is the inequality of the grotesque levels of difference between the average wages paid in our society and the sort of telephone number salaries paid at the top end of it and we have growing levels of inequality on that.

And in response to them pointing out his own salary of £138,000, Corbyn said the cap would be “somewhat higher” than that. He also questioned why anyone would need more than £50m to live on.

Where to begin? Jeremy Corbyn has this morning recycled his notion of a maximum wage, which he had previously made one of the planks for his campaign to be elected as Labour leader in 2015. This is a remarkable policy that ticks just about every box: electorally suicidal, economically crazy, socially pernicious and morally wrong.

The Telegraph‘s owners are David and Frederick Barclay, whose net worth stands at around $5bn.

The Sun ran an article titled CORBYN HOOD: Jeremy Corbyn promises to rob from the rich as he calls for a maximum wage cap. In it, they wrote:

JEREMY Corbyn has called for a maximum wage cap to stop the super-rich from earning thousands of pounds more than ordinary Brits.

The word ‘thousands’ suggests that the ‘maximum wage’ would not be much more than the current UK average (median) salary of £28,000. This is despite Corbyn himself suggesting he was talking in terms of millions, as opposed to thousands or even hundreds of thousands.

The Sun‘s owner is Rupert Murdoch, who has an estimated net worth of $12.4bn.

Outlets like The Daily Mail and The Evening Standard, however, have so far reported the story in a more balanced way. And they may be wise to do so.

It’s clear that figures like Donald Trump have capitalised on anti-establishment feelings among voters. And although Trump has clearly manipulated these feelings for his own benefit, that does not mean that a truly anti-establishment figure could not get into power. A figure who may actually close the large gap between the highest and lowest earners. A gap which is speculatively one of the causes behind the rise in nationalism. And as such, it may not be the best idea for billionaires to claim that a maximum wage is not in our interest.

– Read other Canary articles on the media.