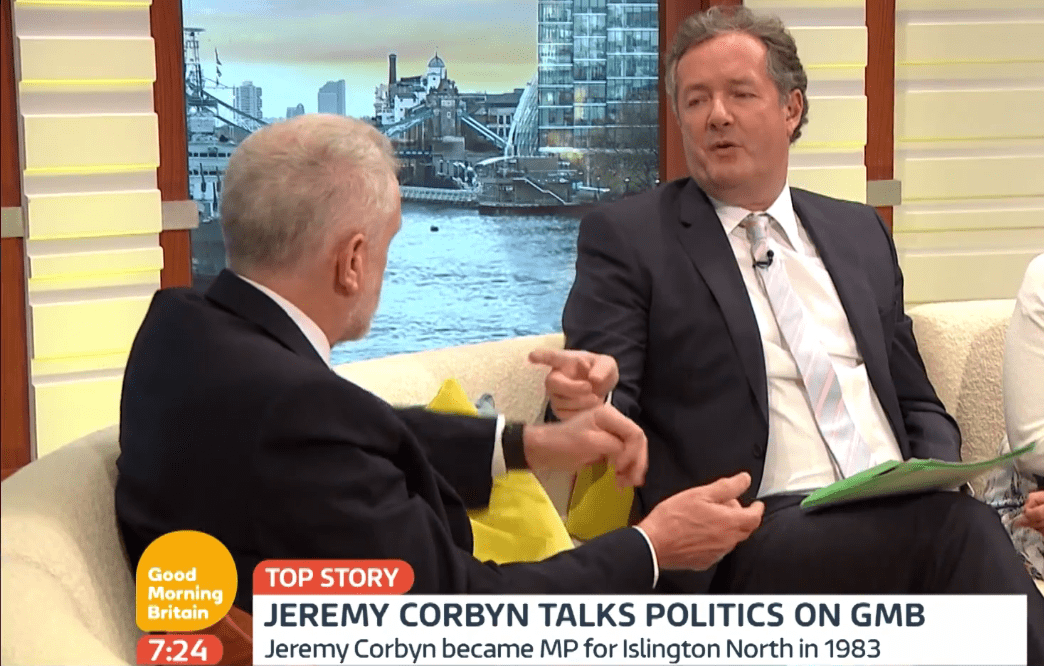 Piers Morgan appeared to assume that none of his viewers cared about the ongoing NHS emergency in his interview with Jeremy Corbyn on Tuesday 10 January.

Morgan’s line of questioning suggested he was much more interested in the Labour leader himself than any kind of policy discussion beyond immigration.

This winter, the Conservative government’s lack of funding has put A&E services under immense strain. People are even dying on trolleys. One patient who died on a trolley had been waiting 35 hours for a ward bed.

But rather than asking about how Labour would do things differently, Morgan seemed only interested in one person: Corbyn himself.

Get personal, avoid the policies

Good Morning Britain‘s Morgan interrupted Corbyn outlining Labour’s general position to question him on whether he wanted to be Prime Minister:

There is a theory that basically you’re a serial protestor, objector. You love being the Labour leader in opposition but you don’t really want to be the top guy because that would mean having to make decisions and run the country, which doesn’t play into the protestor narrative.

Corbyn responded by mentioning the issues concerning ordinary people in the UK:

I want to be in government, so we don’t become a country that’s one of the most unequal in Britain, if not in the OECD countries, one that gives a real chance to everybody.

A look at the facts shows the Labour leader is justified in focusing on these issues. On housing, if you earn the national average salary of £26,500, 91% of England and Wales would be beyond your income (2014 figures). On inequality, Britain’s wealthiest families have doubled their wealth since the financial crash. Meanwhile, the rest of the UK is told to ‘live within its means’ as our public services are sold off or crippled by austerity. 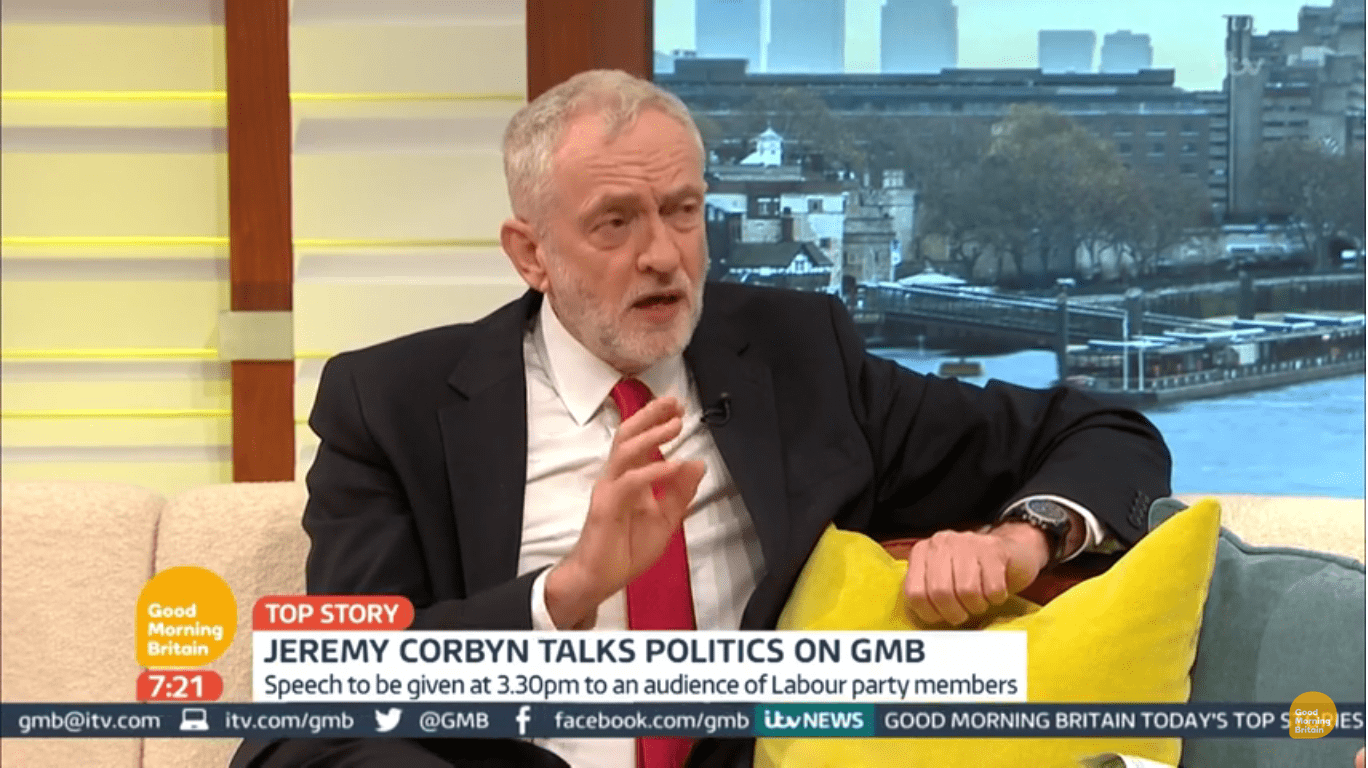 Back on Good Morning Britain, Morgan went on to repeat comparisons between Corbyn and US President-elect Donald Trump:

People are saying that you are going to be Britain’s answer to Donald Trump. Are you familiar with this allegation? Can you enlighten us on how this might manifest itself?

Corbyn said any form of policy or rhetoric comparison between him and Trump was “bizarre“, which is obvious to anyone with a pedestrian interest in politics. He went on to explain the gulf between Trump’s anti-establishment position and reality:

What Trump managed to do was mobilise a lot of people who were totally naffed off with the way in which the US had gone and I can understand that. But a lot of it was very contradictory, because Trump is a sort of super-billionaire along with the rest of his cabinet which actually represents a kind of buccaneer capitalism which I totally disagree with in any way. He somehow or another manged to present that as something different in the USA.

I’d be happy to help him with his prejudices and invite him to a Mosque.

Rather than getting down to policies that may solve an NHS and housing crisis, Morgan just wanted to repeat patently ridiculous claims that Corbyn is like Trump or that he doesn’t really want to be prime minister. For the record, Corbyn’s Labour wants to properly fund the NHS and end privatisation. The party also wants to build social housing to tackle the crisis. Although viewers of GMA this morning would be quite unaware of Labour’s position on any of these crucial issues.