As the media drone on about Corbyn's speech, Theresa May's government just screwed us all over - The Canary 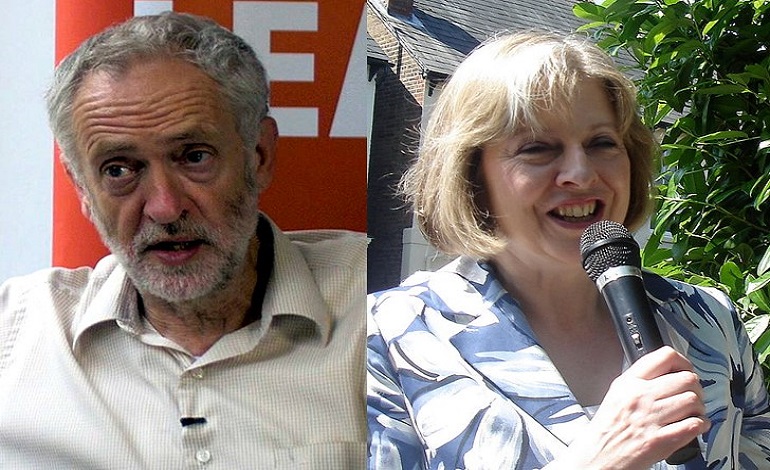 As the media frenzy around Jeremy Corbyn’s first speech of 2017 gathered pace on Tuesday 10 January, one story slipped by with few people seeming to notice it. And it summed up the attitude of the Conservative government towards public money. The government has, once again, put its chums in the banking industry before the rest of us.

Bail out, bail in?

After the 2008 financial crisis, the then-Labour government made the public ‘bail out’ several banks. These included the Royal Bank of Scotland, Northern Rock, and Lloyds. The latter had around £20.3bn of public money, to essentially stop it going bust. But since then, successive governments have been selling off the public’s stake in the bank. And the government announced another sale on Monday 9 January.

The government said the sale was a “significant milestone”. This is, it argues, because now the state is no longer the largest shareholder in Lloyds. UK Financial Investments (UKFI), which manages the government’s stake in Lloyds, cut its holding from 6.93% to 5.95%. It reportedly sold around 700 million shares. These would be worth around £481m, based on the Lloyds share price at the time [paywall].

Returning Lloyds to the private sector and recovering all of the cash the taxpayer injected into the bank during the financial crisis is a priority for the government.

Confirmation that we are no longer the largest shareholder… is further evidence that we are on track to recover all of the £20bn injected into the bank during the financial crisis.

But “recovering” all of the £20bn the public forked out for Lloyds is not quite the case.

Because Labour made the public bail out the banks, it and successive governments have had to borrow more money to do so. Since the 2008 crash, public debt has exploded. Increasing by over 50%, to £1.64tn.

The UK government gets this money from various sources. These include the Bank of England, foreign countries’ national banks, private financial institutions, and insurance and pension funds. But the pubic doesn’t get this money for free. We have to pay interest to the people we borrow it from. This fluctuates on a yearly basis, and is lower than most Annual Percentage Rates (APR) on high-street loans, credit cards etc. But it still adds up.

Since 2008, the public have paid a total of £349.8bn in interest on government debt. Yearly, debt repayments average out between 2-3% of Gross Domestic Product (GDP). This is the “effective” cost of borrowing, or the APR. And the equivalent APR for government debt, averaged out, would be 2.66%.

The public. Counting the cost of Conservatives’ and bankers’ greed

So essentially, if the government has paid 2.66% APR on the money it borrowed to bail out Lloyds, it will have cost the taxpayer over half a billion pounds. Money that Hammond fails to mention.

Also, the government flogged these latest shares for 65.9p each. Well below the 73.6p average price the Labour government paid in 2008-9. And it’s not only Lloyds that will make the public a loss. In November 2016, the Office for Budget Responsibility said the public would be £27bn worse off. Because of the bank bailouts.

But the problem with the bank bailout runs deeper than this. The Conservative government has used the money poured into banks as an excuse for years of austerity. Cuts which the government has used to decimate public services, cut countless public sector jobs, throw families into abject poverty, and attack the disabled and society’s most vulnerable citizens. While the financial cost of the government’s ‘saving’ of Lloyds Bank may be £500m, the real cost to people in the UK is immeasurable.

– Read more articles from The Canary on austerity.