Migrants should be taught how to queue up and be nice, says the government’s Integration Tsar [OPINION] - Canary 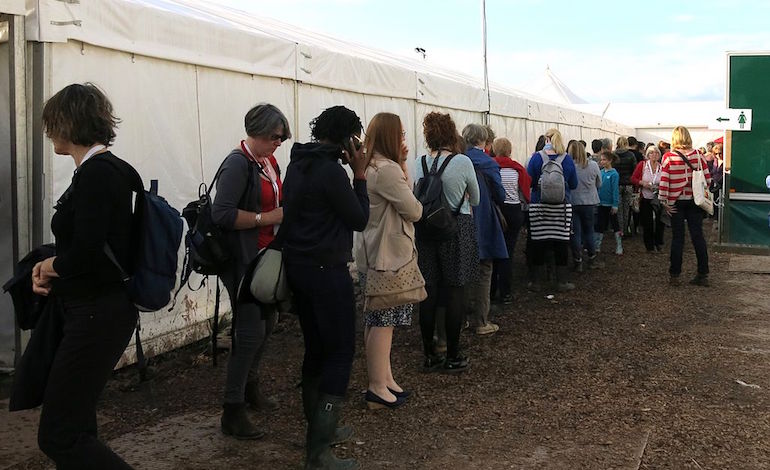 Integration Tsar Louise Casey has set out what she thinks migrants need to do to achieve community cohesion. But instead of looking at the very real problems racism is causing, she instead blamed migrants.

It was interesting to go round the country and hear that nobody had talked to them about our way of life here and when to put out the rubbish, nobody had told them when to queue or be nice. As part of the package that would be no bad thing.

And she further claimed that:

Everybody is frightened of being branded a racist.

Casey’s comments come after the release of her report into community cohesion in the UK in December 2016. She described government efforts to encourage integration as amounting to:

saris, samosas and steel drums for the already well-intentioned.

Among her recommendations were proposals that migrants should take an “integration oath” to promote British values. Further, these British values should be taught in schools.

If Casey is to be believed, integration will be achieved by spouting meaningless words. For example, according to dictionary definitions, being “nice” lies somewhere between “pleasing and agreeable” and “kind, friendly or polite”.

It is unclear whether she is saying that she believes immigrants aren’t “kind, friendly or polite”. But if so, it is just as well she isn’t scared of being “branded a racist”.

Her comments on queuing are equally ridiculous. And as these pictures show, many refugees know how to queue. And queue in appalling conditions that most who live in this country will hopefully never have to face:

If we really want to tackle integration in this country, a good place to start is with the hate peddled by politicians and the tabloid media. David Cameron and Nigel Farage were both accused of fuelling xenophobia in a report by the European Commission against racism and intolerance. And the same report slated elements of the press for using:

Integration will not be achieved by peddling meaningless ideas with an undercurrent of racism. People need to be welcomed into a society to feel part of it. And in the current climate, this is not happening. Instead of blaming immigrants for everything that’s wrong, we need to look at the real causes of inequality. Government austerity and cuts. Perhaps then we can drop the racism and build a society that we all want to be part of.

The Canary contacted Louise Casey for comment but received no reply.