Louise Mensch accuses a woman of faking her own ethnicity. What happens next is pure gold [TWEETS] - The Canary 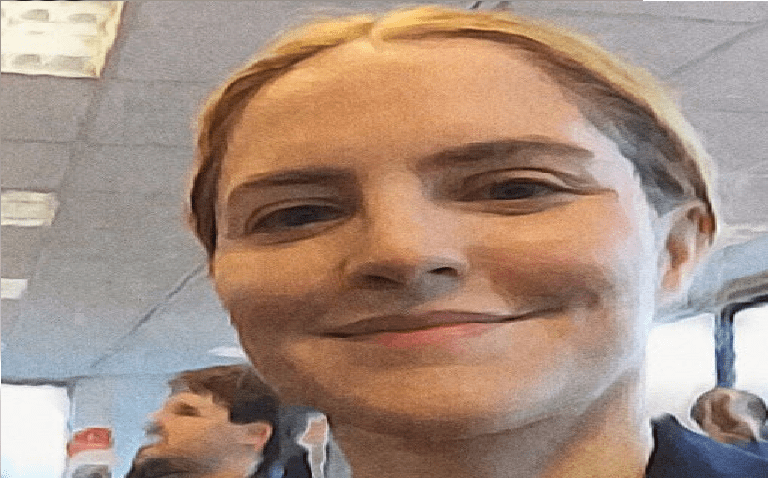 She attempted to negatively profile people protesting against the government’s plan to scrap part two of the Leveson Inquiry. After the phone-hacking scandal, the inquiry would look further into press standards in the UK. Presently, Mensch is on Rupert Murdoch’s payroll, leading the right-wing website Heat Street. And Murdoch’s media empire would likely be the primary target of the inquiry.

@jdbeeson16 @hackinginquiry @Avaaz @pressgazette I am in this photo and I am a person 'of colour' Louise.

Extraordinarily, Mensch then accused Hannah Mian of lying about her ethnicity:

But then, Mian had the best response to Mensch’s allegation:

Here you go. Ethnic enough for you? pic.twitter.com/jATHTBW7Im

Mensch is pretty gaffe-prone on Twitter. After songwriter Leonard Cohen died, she tweeted it as proof of America’s “enduring greatness”, unlike “joyless” Russia. 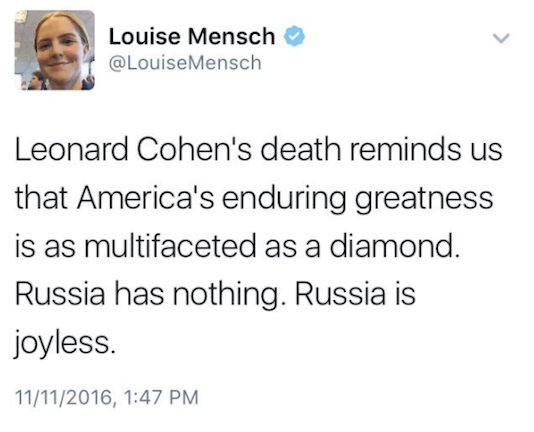 And in 2015, she leaped on the opportunity to demonstrate the “sewer that is Jeremy Corbyn support”. She attempted to do so by pointing out negative autocomplete suggestions when she typed the name of Blairite MP Liz Kendall into Twitter. But unfortunately, as an ‘x’ appeared next to each suggestion, these were a result of her own searches, not Twitter as a whole: 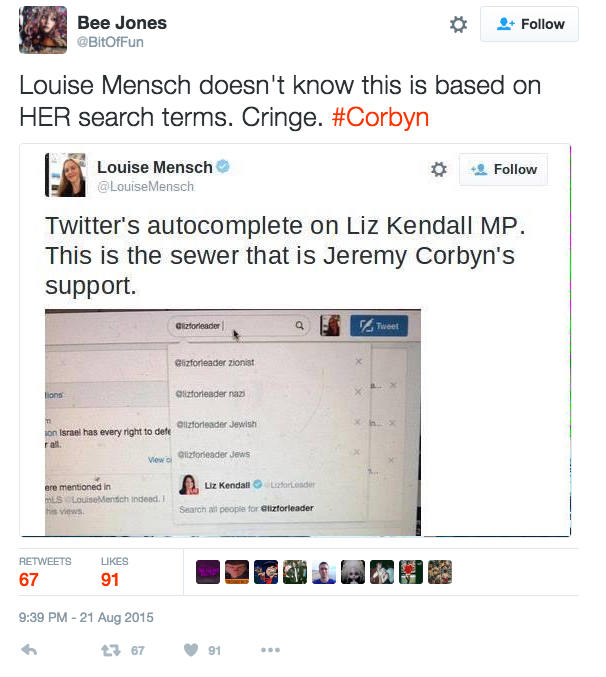 This time, Mensch attempted to shoot down protesters who want her boss to operate with ethics and accountability. She proceeded to suggest that a protester was lying about her own ethnicity, only to be shut down immediately. Whatever planet Mensch is on, it’s a world away from this one.