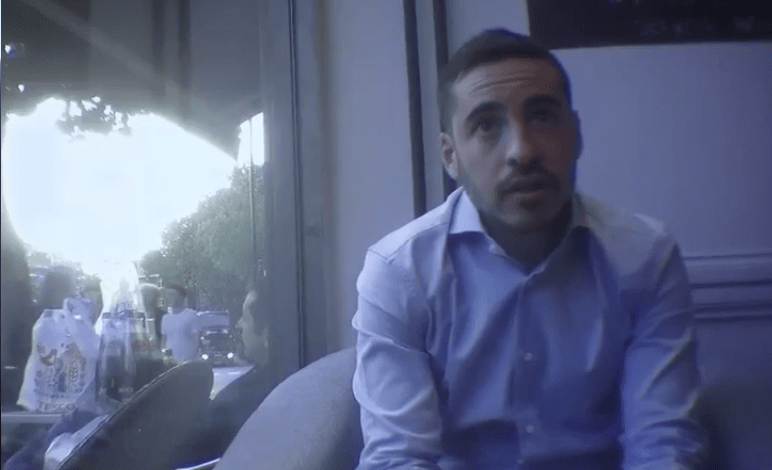 An undercover Al Jazeera reporter, Robin (alias), spent six months infiltrating pro-Israel groups in the UK. He set himself up as an “aspiring Labour Party activist with strong sympathies towards Israel”.

Masot then ended up selecting Robin to set up a new pro-Israel youth group.

The group would be a youth faction of the existing Labour Friends of Israel (LFI). And it would fight UK opposition to illegal Israeli expansion in Palestinian territory.

Masot revealed the neat trick to Robin as he tutored him on setting up the young LFI group in a cafe. Telling Robin how to involve young Labour activists in pro-Israel politics, he said:

you need something to sell… theoretically maybe LFI will agree to do a delegation to Israel. That’s always a good start.

One might think that a trip to Israel would increase understanding. But Peter Oborne, a journalist who resigned from The Telegraph over its links to HSBC, recalled his own trip to Israel with the Conservative Friends of Israel (CFI):

I went on one of the trips of the Conservative Friends of Israel to the Middle East. It was brilliantly well arranged, very well looked after – you got fantastic access. You did meet Palestinians. If all you did was rely on that one trip, you’d have a very one-sided view.

The trip to Israel appears to have a profound impact on those who go. In fact, chair of the Young Fabians Martin Edobor made comments to Robin that emanate the “one-sided view” Oborne speaks of. The Young Fabians being the youth wing of the Labour-right-controlled Fabian Society.

Recently I saw something on Facebook that… some really wild thing that the Israelis are not giving, weren’t giving Palestinians water or something during Ramadan. I know that’s false… I’ve been to Israel, going to the delegation, seeing what the system is actually like. I know that’s false and I know that’s propaganda. You will only understand that if you actually go to the country.

But the State of Israel has since admitted cutting off the water supply of the West Bank during Ramadan, even if it contests the reason it did so.

The actions of one of the National Union of Students (NUS) Vice Presidents, Richard Brooks, also suggest how the trip to Israel can radicalise young people. Brooks publicly claimed in an interview with BBC Radio 4 that NUS President Malia Bouattia’s anti-apartheid comments amount to antisemitism. But he did not mention that, weeks before the interview, the Union of Jewish Students (UJS) had taken him on a funded trip to Israel. In turn, the UJS receives money from the Israeli Embassy.

I got educated on all this kind of stuff and spoke to people in UJS. Like I got taken on a trip to Israel with UJS… So I kind of learned loads on that and from there on in I felt confident enough to start talking about some of the stuff more seriously.

Masot admitted in the secret filming that he established other UK groups, like the planned youth LFI. But other than the young wing of the Conservative Friends of Israel (CFI) a year ago, the political officer would not say which groups he had created:

In Israel and here… Nothing that I can share but yeah. It’s good to leave those organisations independent, but we help them to actually [establish].

The reality of Israeli apartheid

But the reality of the Israeli occupation looks a lot different from the impression given to people who go on the state-funded trip to Israel.

– They are expanding illegal Jewish-only settlements in Palestinian territories.

These state-funded trips to Israel appear to have a huge impact on the thinking of those who go. Meanwhile, the State of Israel has previously banned foreign journalists from entering occupied Gaza. As Daily Mail journalist Oborne notes, these propaganda trips cultivate a one-sided view of Israel and Palestine.

Check out the investigation in this video:

– You can contact your local MP to demand an inquiry into the State of Israel’s influence over British politics.