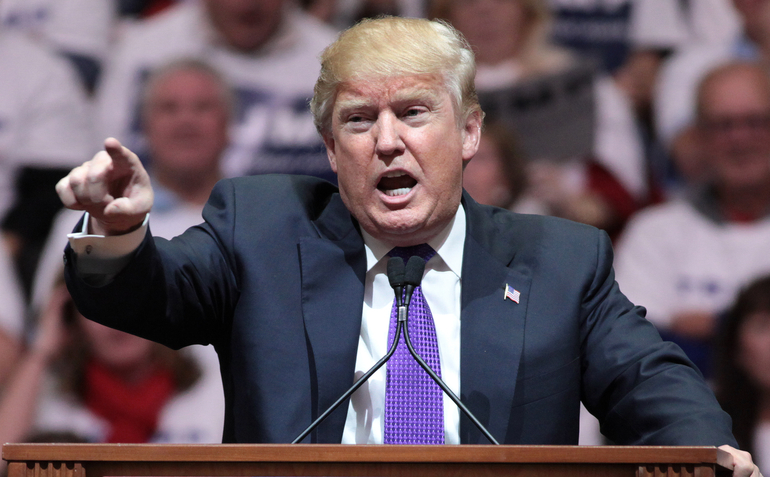 Following a meeting with Donald Trump, anti-vaccine activist Robert F. Kennedy Jr. has agreed to “chair a commission on vaccination safety and scientific integrity”. With this appointment, Trump continues his anti-science campaign.

Both Trump and Kennedy promote the idea of a link between vaccination and autism in children. A spokesman for Trump, Hope Hicks, also told NBC that Trump was “exploring the possibility of forming a committee on autism” with Kennedy.

At the premiere of an anti-vaccine film screening in 2015, Kennedy said:

They get the shot. That night they have a fever of 103. They go to sleep, and three months later their brain is gone. This is a holocaust, what this is doing to our country.

Kennedy, who will now head a commission on vaccine safety, believes vaccinations are a “holocaust”. Dr Peter Hotez, president of the Sabine Vaccine Institute, fears it will provide momentum for vaccine sceptics at home and abroad. He said:

Trump tweeted several times in 2014 that the use of multiple vaccinations caused autism. And during a Republican debate in September 2015, Trump said:

Just the other day, two years old, two and a half years old, a child, a beautiful child went to have the vaccine, and came back, and a week later got a tremendous fever, got very, very sick, now is autistic.

He offered no details or evidence. The American Academy of Pediatrics responded, saying that such comments are “dangerous to public health”.

A dangerous belief hinging on one debunked study

The MMR vaccine is a multiple vaccination given to children, to protect against measles, mumps, and rubella. Fears about MMR being linked to autism can be traced back to a 1998 study. Medical journal The Lancet published the study, but retracted it in 2010.

The study’s lead author, Andrew Wakefield, came under fire for scientific fraud after he deliberately cherry-picked data and falsified facts. He was also guilty of ethical violations including conducting invasive investigations on children without the proper ethical clearances. Additionally, he failed to disclose his financial interest. He received funding from lawyers involved in cases against vaccine-producing companies.

When The Lancet retracted the study, it said there was “no causal link established between MMR vaccination and autism”. Both the MMR vaccination and autism occur in early childhood. So it’s almost inevitable that both events take place at a similar time. The Centers for Disease Control and Prevention (CDC) confirms that there is no evidence that MMR triggers autism. The Immunization Safety Review Committee reached the same conclusion.

But as science writer Ben Goldacre points out, Wakefield isn’t to blame for perpetuating the scare stories about MMR. That was the media’s doing. In 2002, there were 1,257 articles on MMR, with less than a third of broadsheet reports referring to the overwhelming evidence that MMR is safe. Essentially, the media fuelled the anti-vaccination movement.

If Trump and the head of a vaccine safety committee also stand firm against vaccinating children, many worried parents will listen. This is dangerous. Marie McCormick, who chaired the Immunization Safety Commission, said:

If the committee comes out saying there is an [autism] association, there will be people who avoid vaccines. There have been actual deaths attributed to lower immunization rates.

Experts have warned that, although vaccine sceptics are a small fringe group, they are influential. They have helped to fuel outbreaks of preventable diseases like measles. Indeed, a map shows the damage that has been done by the anti-vaccination movement.

Trump has an anti-science agenda. Michael Lubell, director of the public affairs at the American Physical Society, has called him “the first anti-science president”. As previously reported at The Canary, Trump’s war on climate change research is worrying. He has also put climate change sceptics in charge of environmental policy-making.

These attacks on evidence-based policies are immensely harmful. By playing up to the vested interests of oil and gas companies, and scaremongering about vaccines, he is putting both the environment and people’s lives at risk. Trump won’t make America great again. He will just make the country more polluted and sick.