Theresa May causes the pound to slump, then desperately searches for a scapegoat - Canary 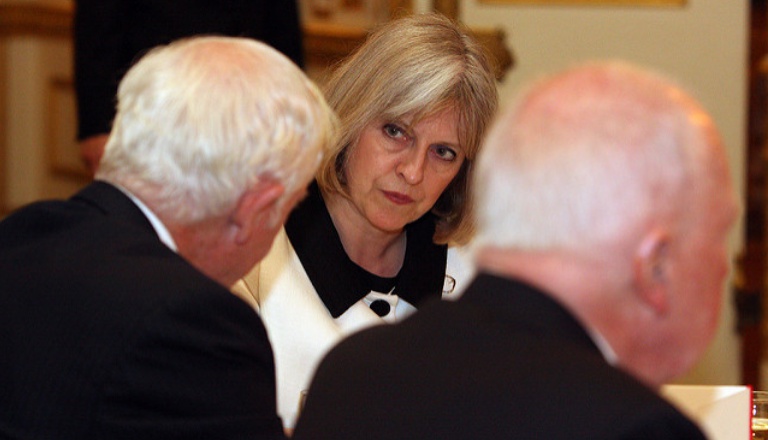 Following Theresa May’s 8 January interview on Brexit, the pound slumped. But instead of taking responsibility for her actions, May has found a new target to blame: the media.

When asked whether her views on Brexit are to blame for the drop in the pound, May said:

I am tempted to say that the people who are getting it wrong are those who print things saying I’m talking about a hard Brexit, it is absolutely inevitable it is a hard Brexit. I don’t accept the terms soft and hard Brexit.

What kind of Brexit?

But it is exactly these kinds of ambiguous statements that cause confusion over Brexit. And previous statements, including “Brexit means Brexit” and “red, white and blue Brexit”, have done nothing to instil confidence. Over and over again, May has failed to set out her vision for what Brexit means and how it will impact the UK.

May’s interview was supposed to add clarity to her views. Asked whether access to the single market is more important than controlling immigration, May replied:

She further stated that:

We mustn’t think about this as somehow we’re coming out of membership but we want to keep bits of membership. What we must say is what is the right relationship for a United Kingdom that is no longer a member of the European Union. The best possible deal for the UK will also be a good deal for the EU.

The media response was mixed. Some outlets did interpret her comments as an indication that her government is willing to leave the single market. But many pointed to May’s inability to answer straight questions on her plans for Brexit as one of the problems. BBC political correspondent Susana Mendonca commented:

Theresa May doesn’t like to give a running commentary on Brexit, so you have to read between the lines on this one.

While she didn’t go as far as to say she would ditch single market access in favour of being free to control EU immigration, she certainly appeared to hint at it.

refused to confirm the UK is set to leave the Single Market.

What we got today were bits of half sentences that the Prime Minister has been using for the last six months.

And this is the problem. May’s comments are mindless soundbites with no meaning. The media is left to “read between the lines” because she refuses to offer clear statements about the government’s intentions.

The decisions over Brexit will affect generations to come. Theresa May needs to take responsibility for her own statements. She needs to set a clear vision for what she thinks the UK will look like post-Brexit. It is too important for soundbites and tantrums.

And if she continues to refuse to give straight answers, she only has herself to blame. She was given a media platform to set out her views on Brexit. But she failed to set out a coherent strategy. And the markets reacted accordingly.

– Read our articles about Brexit.