Theresa May comes out of hiding to calm Brexit chaos, and fails spectacularly - The Canary 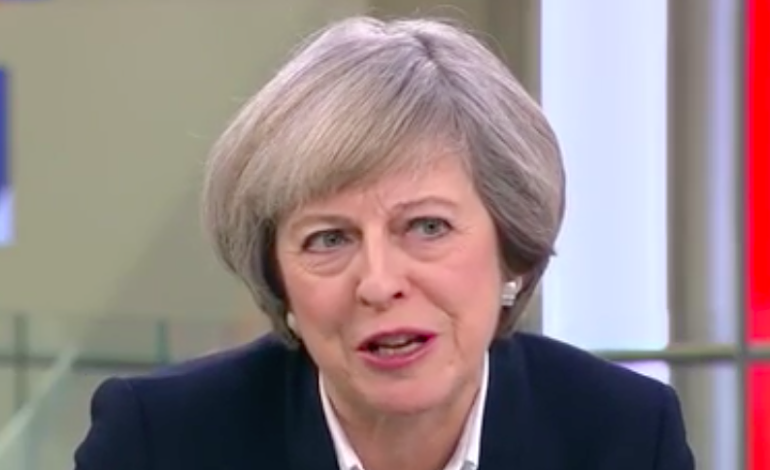 Prime Minister Theresa May gave an exclusive interview on Sky News on Sunday 8 January and seemed to confirm that tight immigration controls were preferable to single market access. This has sent the pound into further decline, and is another example of how the myths about immigration are ruling British politics today. But the facts show that immigration is not the problem we’re led to believe it is, and research over the last few years has proven this.

Kiss of death for the pound

May’s interview with Sophy Ridge on 8 January gave away at least one question surrounding the future of Brexit. It looks like access to the single market is out.

.@theresa_may tells @SophyRidgeSky the UK needs to look for the "right" relationship with the EU #Ridge https://t.co/YoNOa0jCNz

When asked about whether she would prioritise full control over immigration above access to the single market, May told Ridge:

Often people talk in terms as if somehow we are leaving the EU, but we still want to kind of keep bits of membership of the EU. We are leaving. We are coming out. We are not going to be a member of the EU any longer.

This has brought further uncertainty that has seen a direct impact on the pound. It is now at its lowest level since October 2016, trading at $1.21.

Then there is the question of what impact this will have on the future economy of the UK. Lib Dem leader Tim Farron believed that it would “deal a huge blow to jobs, investment and the public finances, meaning less funding for services like the overstretched NHS”.

In reality, there are a variety of winners and losers with a weak pound. But a strong currency and tariff-free access to trade with 500 million people across the EU would traditionally be seen as advantageous to fiscal growth. And we may well lose both.

Is it really worth prioritising immigration above all else?

The obsession with tighter immigration controls is a long-standing political issue. This has overshadowed some hard facts that have come out over the past few years on the impact of immigration.

Net immigration trends show small increases each year, which currently makes up only 0.5% of our total population. 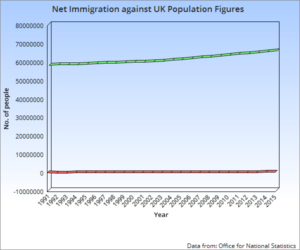 In addition, these increases will help to support a declining working population.

Immigration does not put strain on our public services

Research findings [pdf] in 2014 found that those migrating from countries that joined the EU from 2012 onwards contributed on average 12% more than they took out by way of public expenditure.

The same research found that those migrating from other countries in the EU contributed 64% more than they took out of the public purse.

So immigration has an overall positive effect. In fact, it’s even more positive than that of native-born Brits, who have an overall negative effect [pdf] on the economy. In other words, they strain public expenditure more than they put into the economy.

The refugee crisis is not escalating immigration numbers

The overall net increase was instead attributed to declining emigration to work abroad.

Westminster is not listening to voters’ concerns

May thinks that Westminster is not listening to voters’ concerns on immigration. These concerns may be borne of perception rather than fact. But May herself has displayed a long-standing complaint with immigration. This was epitomised by the ‘Go Home’ vans she touted while Home Secretary, which also resulted in wasted public expenditure.

May, along with other Westminster colleagues, should know better and reconsider the issue in the light of the evidence. There’s no hard evidence that people come to the UK to ‘benefit shop’. There’s also no evidence that they drain public services. Yet these perceived issues takes priority over issues which may have an actual negative impact on the economy. ‘Immigration’ is a quick route to gain public approval. It ultimately divides the public on key issues that need much wider consideration than how many extra people will come into the UK. And the falling pound and flailing Brexit deal should be warning signs of how ‘immigration’ as a political topic has spun out of control.

– Read more about Theresa May’s handling of Brexit at The Canary.

– Support The Canary by becoming a monthly supporter.