It's a disaster alright, but trains aren't the only thing the Tories can't run on time - Canary 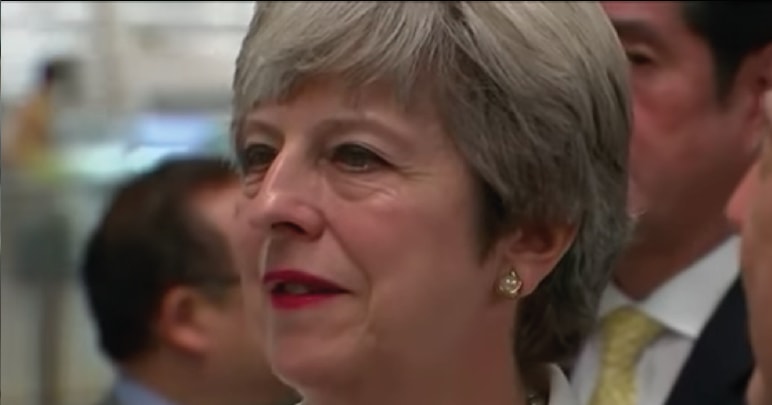 Mussolini was famous for three things:

Yet only two of those things are true. Mussolini didn’t so much fix the trains as take credit for work that was done before he took power (much like Donald Trump today).

Regardless of who was responsible, though, Italy in the 1920s did at least have a reliable railway system. The same can’t be said of 21st-century Britain. Which begs the question: just what the hell are the Tories offering people?

For the moment, not the future

On 5 June, 25 regional newspapers joined together to tell the government to get a grip on the railways:

The Yorkshire Post, and quality regional news brands across the North of the country, unite tomorrow in an historic show of unity: fed up of being let down; fed up being treated as second class; fighting for better, now! #OneNorth #tomorrowspaperstoday #Skypapers #BBCpapers pic.twitter.com/uc4fN01J3Y

On 4 June, transport secretary Chris Grayling announced an inquiry following cancellations and continual delays. This follows a disastrous implementation of new timetables – something which Grayling says is the rail industry’s fault.

The problem is that this isn’t the first predictable crisis to blight the railways over the past eight years. The Canary has covered many such incidents; incidents which ironically arrive more predictably than the trains themselves.

Speaking in 2017, the Transport Committee called on the government to detail how problems affecting Southern, Thameslink, and Great Northern have cost the taxpayer. The report said:

Given the exposure of the taxpayer to the failings of this franchise, it is unacceptable for the department to maintain its current ‘arms-length’ approach

And speaking about privatisation, the committee’s chair Louise Ellman said:

Its core objectives are no longer being met, potential benefits are being lost and the passenger is suffering through higher fares and continued underperformance.

But despite these warnings (and previous warnings), the government is still reacting with surprise to predictable crises.

It’s right to point out that Mussolini shouldn’t have taken credit for work done before he took power. But the Conservatives aren’t a new government. And that’s why they alone deserve credit for this disaster.

It isn’t just the railways where the Conservatives have nothing to offer, though.

The Conservative government has promised a lot but delivered little. The Tories’ equivalent to ‘making the trains run on time’ is ‘making the economy run’. The reality is that Labour has outperformed them on most measures over the past few decades. And since 2010, the Conservatives have been predictably terrible:

Although the Tories have failed the economy by many measures, the one that people notice most is wage stagnation [paywall]. It’s also worth remembering that, for all the misleading statistics the government spouts, the only [paywall] ‘big advanced economy’ that saw wages stagnate while the economy grew between 2007 and 2015 was the UK. The only developed country that performed worse was Greece: 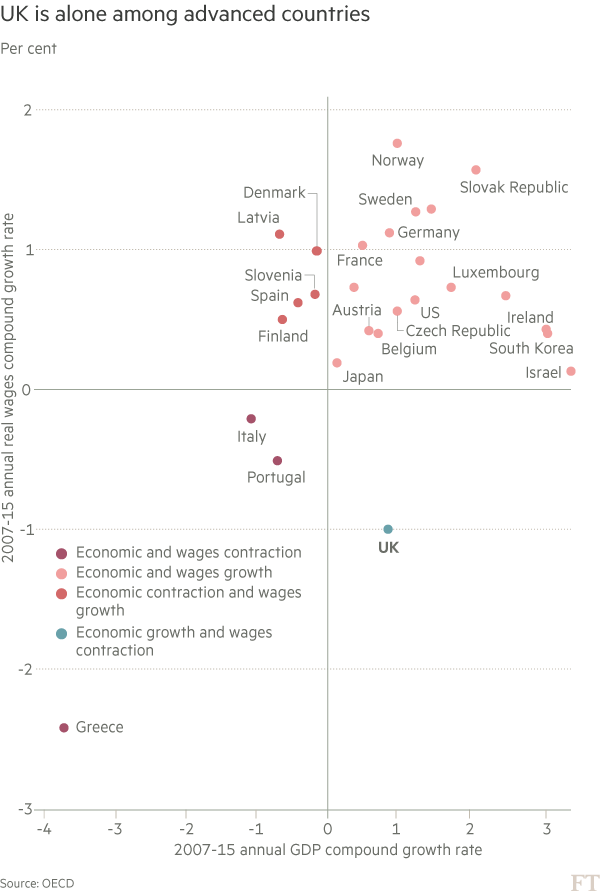 The government’s handling of the NHS, for example, makes the rail network look like an unmitigated success. Speaking on the NHS funding crisis, Theresa May said on 27 March:

I think in this 70th anniversary year of the NHS’s foundation we need an answer on this.

As we’re now eight years into the Conservatives‘ mishandling of the NHS, there’s little reason to think they’ll turn things around.

Meanwhile, the Conservatives are also doing disastrously with education, people with disabilities, minority groups, and the environment. And they’re failing to give a clear picture of what Brexit even is – despite the Leave result having been pushed by Conservative Brexiteers. And beyond that, they’re not even supporting the police or armed services – two areas where you’d think the authoritarian Tories would want to produce results.

What are they good for?

Although the rail network is just one cog in the malfunctioning Tory machine, it’s an iconic one. It shows that, in Tory Britain, not even the trains run on time. Although how would you know? Because the Tories have dragged society so far backwards that it’s increasingly difficult to know what time we’re actually living in.