The media has kept quiet about Jeremy Hunt's NHS pay rise lies. So here's the truth. - The Canary 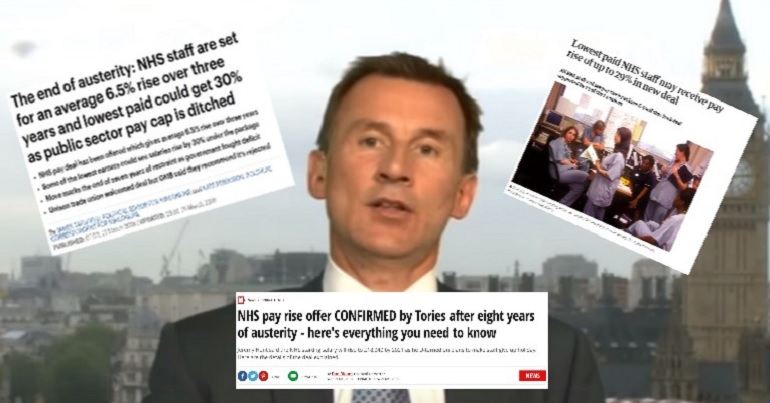 On Wednesday 21 March, health and social care secretary Jeremy Hunt announced that 1.3 million NHS staff would be getting a pay rise. But behind the spin, one junior doctor claims Hunt’s promises of more money are ‘lies’, that the figures are “inaccurate”, and that the health secretary is the equivalent of a used car salesman.

Rachel Clarke is a palliative care doctor, author, and campaigner who has taken issue with both Hunt’s claims and the media’s coverage of them. As BBC News reported, the health secretary’s proposals – on the face of it – appear to mean that, of the 1.3 million NHS staff on the Agenda for Change contract:

But Clarke claims these figures, and Hunt’s claims overall, are ‘lies’. You can read her full analysis here.

Overall, she uses two examples to make her point that Hunt’s claims ignore the fact that NHS staff on the Agenda for Change contracts would have been getting pay rises anyway.

Firstly, she says that a member of staff on point 24 of the NHS pay scale will allegedly get a 14.02% pay rise over the next three years under Hunt’s plans. But when you take into account that they would have got a 10.48% pay rise anyway under the old system, this means the new deal only gives them an extra 1.18% a year. As Clarke put it:

That’s not even close to the promised minimum pay rise of 6.5%. It’s barely greater than 1% per annum.

She then goes on to try and find the alleged 29% pay rise. And lo and behold, she says it’s not there; by her calculations it works out at 16.8%. Clarke sums up by saying:

In short, the government – and the 13 unions who have agreed to sign up to these bogus figures, with the notable exception of the GMB – have misled NHS staff into thinking their pay rises over the next 3 years are vastly greater than they actually will be.

The media: spinning for Hunt

The headlines generated by a credulous media must have been a PR man’s dream.

One BBC News graphic broke Hunt’s claims down like this: 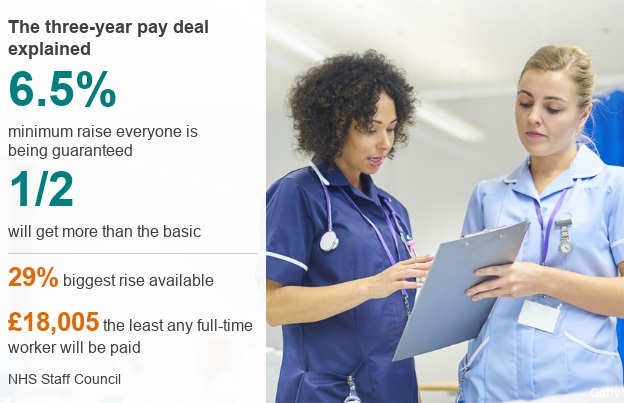 Meanwhile, The Guardian ran with this: 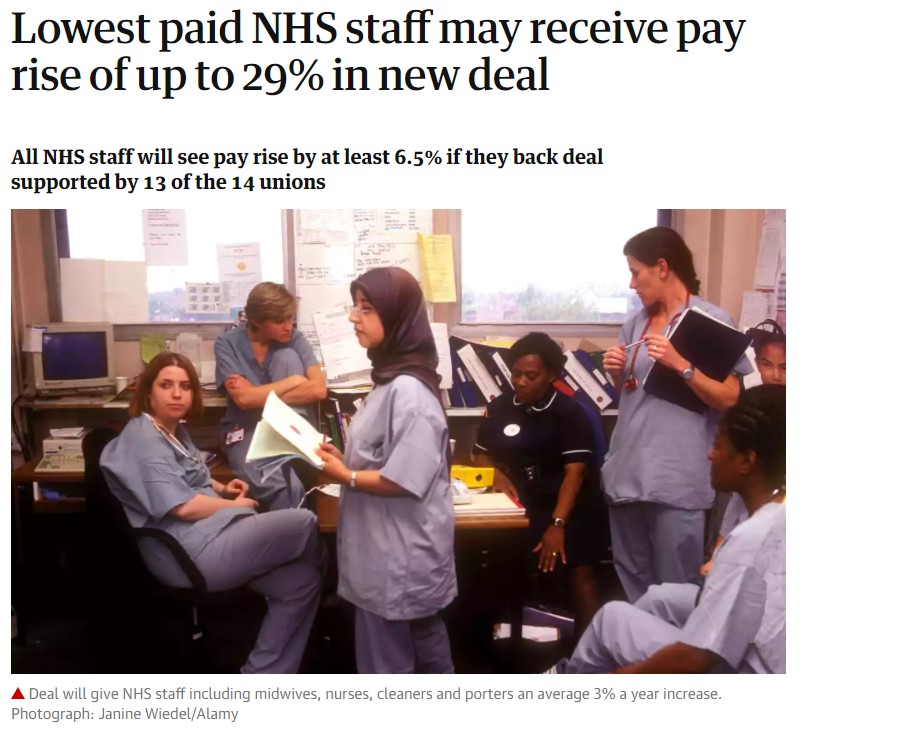 The Mail Online even managed to find a 30% pay rise from somewhere: 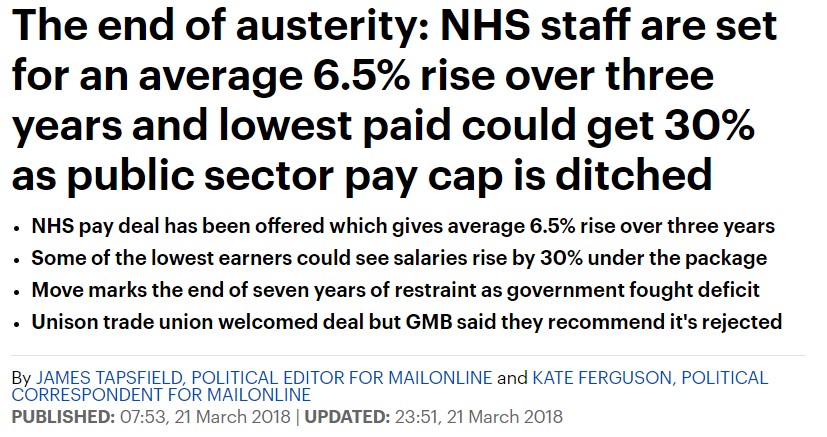 The Mirror took Hunt’s words as gospel, saying a pay rise was “confirmed”:

Looking through the media’s coverage, some of it did report that Hunt’s alleged pay rises would barely exceed forecast inflation; the argument that the GMB union used to reject the deal. It called it a “jam tomorrow” offer, saying Hunt’s plans do not make up for “the biggest pay pinch in living memory” since 2010.

But none of the media picked up on Clarke’s argument except, in part, the New Statesman, which noted that:

The claims of pay rises of 20% and higher are based on including the increment payments many NHS staff receive to reflect professional development.

It seems that Hunt and his department don’t really need their own press team to spin policy for them. The mainstream media is doing a pretty good job all by itself. Thank goodness for eagle-eyed doctors like Clarke.

The Canary asked the department for health and social care for comment, but had received none by the time of publication.

Featured image via The Canary and Still Incorrigible – YouTube