SCL and Cambridge Analytica's links with defence establishment revealed. And it's not just contracts. - Canary 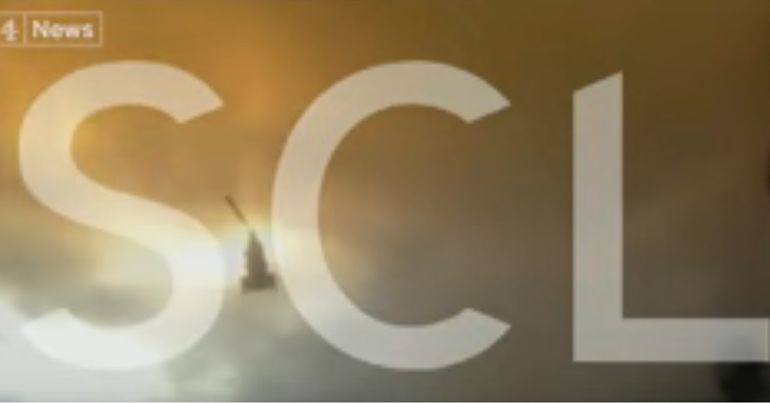 And there’s also at least one royal connection.

On Wednesday 21 March, prime minister Theresa May, in answer to a question in the House of Commons, stated that the British government had no current contracts with SCL Group or CA:

“We know about the links to the Conservative Party, they go on and on.”

The SNP’s @IanBlackfordMP asks Theresa May about links between her party and the parent company of Cambridge Analytica.

She says it has no current contracts with either firm. pic.twitter.com/gCNTgpFf2r

A spokesperson confirmed later that the government had three contracts with SCL: with the Ministry of Defence (MoD) between 2014 and 2015, the Home Office in 2009, and the Foreign Office (FCO) between 2008 and 2009. Culture minister Matt Hancock also confirmed to Channel 4 News that contracts were issued (in 2008, 2009 and 2014) with the MoD and the FCO. It was further revealed that SCL was awarded ‘List X’ status [pdf] by the MoD, which meant the company was given access to confidential documents.

Crates of what might be files were seen being moved from out of CA’s London HQ:

The 2014 £150,000 contract with the MoD’s Defence Science and Technology Laboratory was Project Duco [pdf]. It concerned analysing “psychological and anthropological principles” in regard to the way the public interacts with government messaging.

Details of the 2008/9 (FCO) contract are still unknown. However, what is known is that SLC’s Mark Turnbull spoke at FCO’s Wilton Park conference, ‘Diplomacy in the Information Age’ [pdf], as first revealed by former Canary editor Nafeez Ahmed. 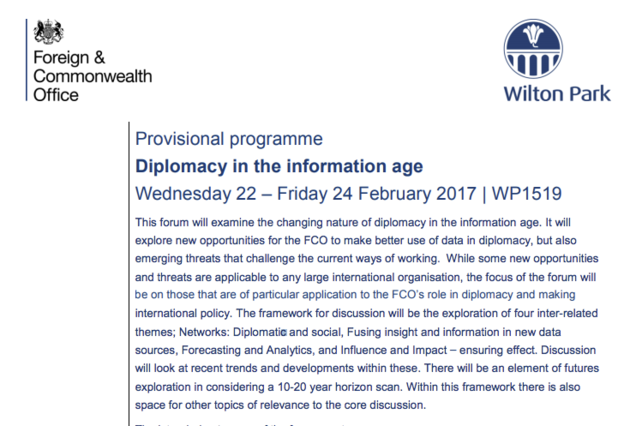 The MoD invoice [pdf] to SCL Group also includes a 2010/11 contract for “provision of external training”, worth £40,000. The current SCL Group website provides no clues as to what this “training” could be, as it appears to have undergone a makeover.

However, a forensic examination of archived evidence provides some answers. One deleted page in particular refers to four types of training offered: Strategic Campaign Planning, Target Audience Analysis (TAA), Campaign Intervention Strategy (based on TAA) and Audience Based Measures of Effectiveness. From the training modules’ summaries, which are listed under ‘Defence Training’, it would appear they refer to either election manipulation or improving propaganda techniques.

An archive of the CA website boasts that its methods were approved by the “UK Ministry of Defence, the US State Department, Sandia and NATO” and bears the appropriate logos:

SCL was also paid C$999,657 for a project involving TAA training for NATO staff. Its director of defence, (retired) Commander Dr Steve Tatham, wrote for NATO about countering propaganda. He also co-wrote a UK Defence Academy report on psychological operations (psyops). He was suitably qualified, because he was the former head of 15 PSYOPS for British forces in Afghanistan, as well as Special Information Operations project officer with the MoD. He went on to set up IOTA-Global, the training arm of SCL Group.

Turnbull previously worked for Bell Pottinger  and in 2004 led its Public Advocacy projects, which claimed to specialise [pdf, p3] in:

understanding and influencing the human and social dynamics of conflict and cooperation…[using]…people’s identities, interests, networks and narratives that are the focal point for communications designed to deliver measurable change in support of political, social, developmental or military objectives.

In 2011, Turnbull was also the subject of an investigation into the use of “dark arts” to influence UK government policy.

But there is one name associated with SCL Group that shows just how close the company is to the British establishment. Lord Ivar Mountbatten, a cousin of Queen Elizabeth II, is listed by Bloomberg as a SCL Group Advisory Board member. And another SCL director with Royal connections is Rear Admiral John Tolhurst, who is also an aide de camp to the Queen. 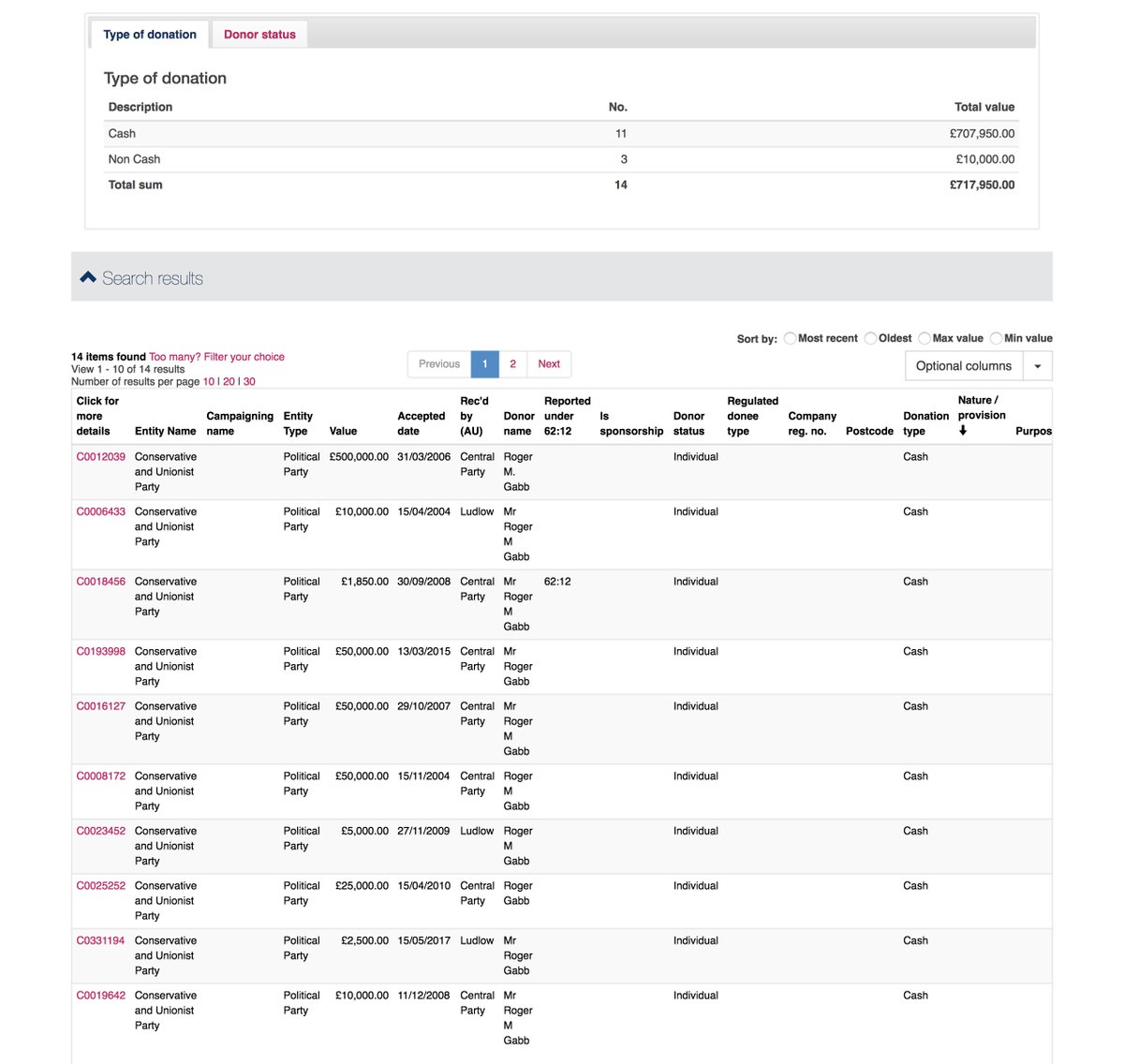 Meanwhile, the website for the Behaviour Dynamic Institute (BDI), which provided behavioural research data to SCL group, was seemingly deleted a matter of days ago. But here’s an archived copy from 17 March.

And the SCL Group has been busy creating a new company, Emerdata. In a Channel 4 News interview, SCL director Nigel Oakes is reported to have confirmed that the company was set up in August 2017 to take over CA/SCL. Directors of this company include Oakes and SCL directors Alexander Nix (now suspended) and Julian Wheatland, as well as Jennifer and Rebekah Mercer, the daughters of Robert Mercer, the billionaire backer of CA and the Trump presidential campaign. According to the interview, they are reported to have joined Emerdata only days prior to the Channel 4 News investigations.

But there was one other Emerdata director not mentioned: Johnson Chun Shun Ko. He just happens to be the Frontier Services Group business partner of Erik Prince, the founder of the mercenary outfit, Blackwater (later renamed Xe, then Academi). Prince got into hot water earlier in March after it was alleged he lied to the US Congress about his trip to the Seychelles, where it was claimed he set up a back channel for US president Donald Trump with Russian president Vladamir Putin.

Meanwhile, Brittany Kaiser, CA’s former business development manager, now says she advised Leave.EU campaigners on how to target voters through social media and that the work in-kind was equal to £40,000 (undeclared by the campaign group).

Wylie told The Observer that AIQ:

were the ones that took a lot of data that Cambridge Analytica would acquire and the algorithms they build and translated that into the actual physical targeting online, they [AIQ] were the bit that actually disseminated stuff. AIQ managed the Ripon platform, which is Cambridge Analytica’s platform…

Overall, the services provided by SCL are not just about voter manipulation [pdf], but the management of populations’ political views, seemingly as part of defence strategy.

This could explain the delay in the ICO being granted a warrant to search CA’s London premises, though not the half-truths on the matter uttered by May.