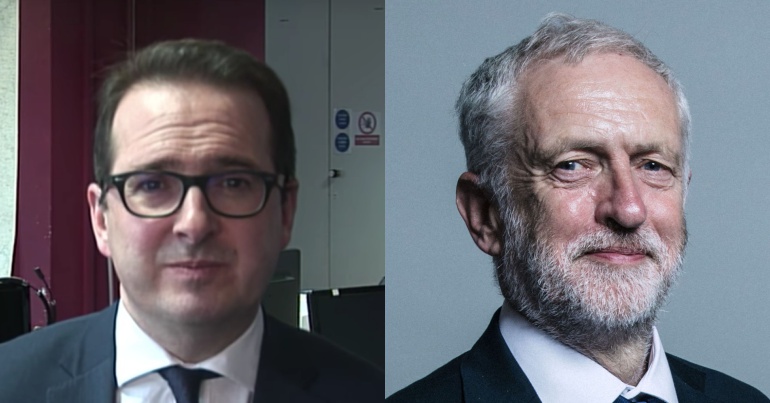 Labour MP Owen Smith has called Jeremy Corbyn’s decision to sack him from the shadow cabinet “a mistake”. But Smith’s response has actually proved the Labour leader right.

Corbyn removed Smith from the shadow cabinet on 23 March after Smith called for a second referendum on the terms of Brexit. Since being sacked, Smith said:

I think it is a mistake, for Jeremy Corbyn in particular, who has always understood the value of people standing by their principles.

It is the position that he has often adopted, and it is certainly a value in him that others have extolled.

Smith also said his party needs to “show leadership on the issue” of Brexit.

It’s parliamentary procedure, however, to remove ministers under such circumstances – because of a convention called ‘collective cabinet responsibility’. This convention requires cabinet ministers, or shadow ministers, to publicly support official party policies.

Smith’s also saying Labour should “show leadership”. But in sacking Smith, Corbyn acted decisively to remove a shadow minister who was breaking with convention and threatening the cohesion of Labour’s Brexit policy. Some would argue that’s “leadership”.

And Smith continues to defend his behaviour in public after challenging Labour’s position on Brexit. The party is calling for a permanent customs union treaty after Brexit to protect the UK economy.

Smith’s preference is to have a second referendum on the terms of Brexit because he does not agree with the decision made by the British people. But shadow secretary for exiting the EU Keir Starmer has said:

We have a duty to respect the outcome of the referendum

Smith’s opposition to Labour’s current position led one BBC interviewer to ask him:

The Liberal Democrats are calling for a second referendum. Surely you would fit better there?

In his opposition to Labour policy, Smith broke with parliamentary convention. And because of collective cabinet responsibility, Jeremy Corbyn had no real choice but to sack him. So the decision wasn’t a “mistake”. It was “showing leadership”.