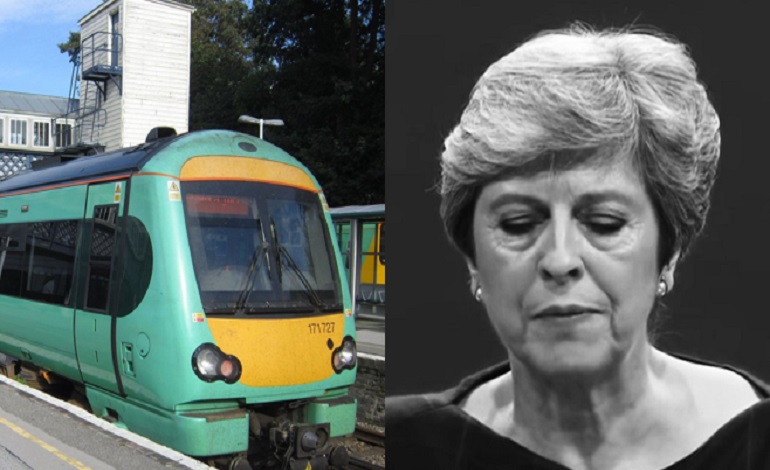 A leaked document has exposed the links between the government and private contractors. It also shows that government procedures for conflicts of interest are deeply flawed.

In January, The Guardian reported that Peter Wilkinson, former Franchising Director for the Department for Transport (DfT):

was involved in awarding the Southern, Thameslink and Great Northern franchises to Govia Thameslink Railway (GTR) in May 2014.

At the time, he was a director and the joint main shareholder of First Class Partnerships… Wilkinson had been managing the consultancy… “a leading rail industry boutique consultancy business”, since 2002, but stepped down when the government employed him as a [permanent] contractor…

[GTR] was a longstanding client of Wilkinson’s company and had been paying it for consultancy advice six months before the franchise was awarded.

Wilkinson worked on a contractual interim basis for the DfT between January 2013 and October 2014. But the DfT said that Wilkinson’s dual roles in government and at First Class Partnerships felt “very uncomfortable”. So he severed all ties with the latter, including selling his shares, and began a permanent DfT role. He is now Managing Director of DfT Passenger Services.

Since then, the National Audit Office (NAO) has begun an inquiry into the Southern, Thameslink and Great Northern franchise (known as the TSGN) run by GTR. But now, a document anonymously leaked to the Association of British Commuters (ABC) reveals that the NAO inquiry has been specifically investigating Wilkinson’s role in the contract.

The five-page document [pdf] was given to Shadow Transport Secretary Andy McDonald in March. It details the NAO investigation into Wilkinson, stating that it’s looking into [pdf, p1]:

The document shines a light onto exactly what went on while Wilkinson was at the DfT. You can read the full leak here. But as the ABC outlined, it shows that [pdf, p3-5]:

There were "some weaknesses" in the Department for Transport's implementation of controls for conflicts of interest, eg: pic.twitter.com/BtH8DALXSa

NAO can audit DfT, but not TOCs or First Class Partnerships. FCP won't share information on the services, timing or extent of relationships pic.twitter.com/hOt6ld4CMV

The DfT told the NAO that Wilkinson's shares in FCP "did not constitute a conflict of interest that could not be managed or mitigated" pic.twitter.com/88ZKbotta2

Rights of access to Wilkinson + FCP may be limited. But what it tells us about the nature of 'the revolving door' is considerable: pic.twitter.com/At3o880ilG

Essentially, Wilkinson and the DfT followed the rules regarding his appointment; rules which allow someone to be a shareholder in a company which would directly benefit from that person’s decisions in government.

A DfT spokesperson told The Canary:

We have tough safeguards in place to guard against conflicts of interest, which we have followed. The letter from the NAO makes clear we followed our established processes and found no evidence of wrongdoing. Decisions on franchise awards are taken by the department following a fair and open competition. Each franchise award is subject to thorough and independent audit.

The NAO should release its full report in November, and so far it has let the DfT and Wilkinson off the hook. But it has also shone a light onto what the government thinks is acceptable in terms of private companies’ involvement with it. And to many, that involvement must seem wholly unacceptable.

Correction: This article was updated at 11am on Thursday 26 October to correct an error. It previously suggested that the Southern and Thameslink franchises were separate, when in fact they fall under the individual TSGN franchise.

– Passengers who’ve suffered because of a train company can contact the ABC.