The government makes a 'shameful' confession, then tries to defend it. Wrong move. - Canary 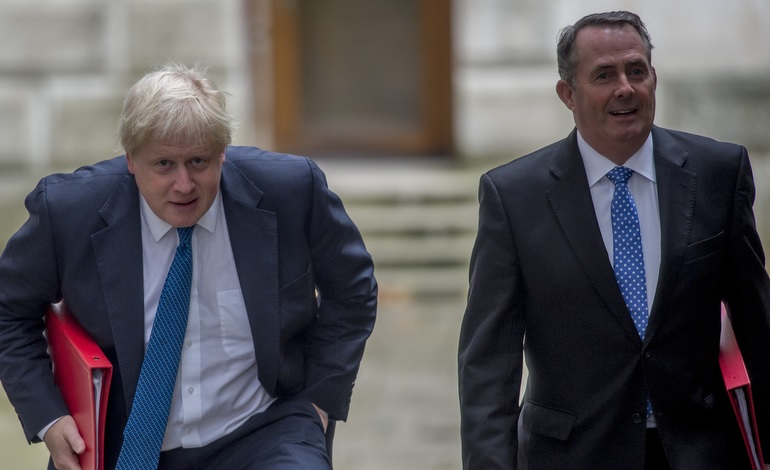 The UK government has tried to defend a “shameful” confession it made. But no one’s buying it.

The Department for International Trade (DIT) has revealed that Britain sold over £1bn worth of weapons to Saudi Arabia in a six-month period alone. This is despite human rights groups routinely accusing the kingdom of war crimes in Yemen.

The government appears to argue that the sales are fine because it hasn’t green-lit a large amount of licences. Instead, the huge figure mainly relates to one particular licence worth around £830m.

It’s only the government, however, that seems to think that makes it okay.

The new export licence figures are for the first half of 2017. And they show that the UK sold £280m worth of arms to Saudi Arabia between January and March. But the figure for April to June jumped to £836m. Together, that totals more than £1.1bn.

The DIT told The Guardian that the increase in sales between April and June was due to a single licence. The government reportedly granted that licence in 2015. But it expired before that sale went through. Middle East Eye reports that a department spokesperson said:

The number of licences for military and non-military goods issued for Saudi Arabia did not increase between January 2017 and June 2017. The increase in value in that period relates to a single licence.

It’s unclear, however, why the DIT thinks this makes the sales more palatable. Saudi Arabia is carrying out a brutal bombing campaign in Yemen. And to civilians there, it doesn’t matter whether millions of pounds’ worth of weaponry come through one licence or a thousand of them. Because it’s still the same amount of artillery doing the same amount of untold damage to their lives.

Furthermore, there’s no defence in saying the licence traces back to 2015. Because the governing party now is the same one that would have made the decision that year.

The government also told The Guardian that the licence was “not for use in any ground campaign”. It seemingly didn’t say the same for air campaigns. And Saudi Arabia is carrying out an air campaign in Yemen.

The Liberal Democrats’ deputy leader Jo Swinson said the figures revealed “shameful profiteering” by UK arms dealers from the Yemeni conflict. And the Labour Party has already vowed to halt sales to Saudi Arabia, along with the other states in its military coalition in Yemen. The United Nations also recently added the Saudi-led coalition to its blacklist for violations against children.

Seven million people in Yemen now teeter on the brink of famine. People that Saudi Arabia has essentially blocked humanitarian aid planes getting to. But the Conservative government’s reaction remains impenetrable. It just keeps the arms flowing. Lots and lots of them, in fact. And there’s no possible way to defend that.

– Join or support the Stop the War Coalition; and show your support for Veterans for Peace and the Campaign Against Arms Trade.