The EU just went to war with one of the world's most notorious companies. Theresa May won't be happy. - Canary 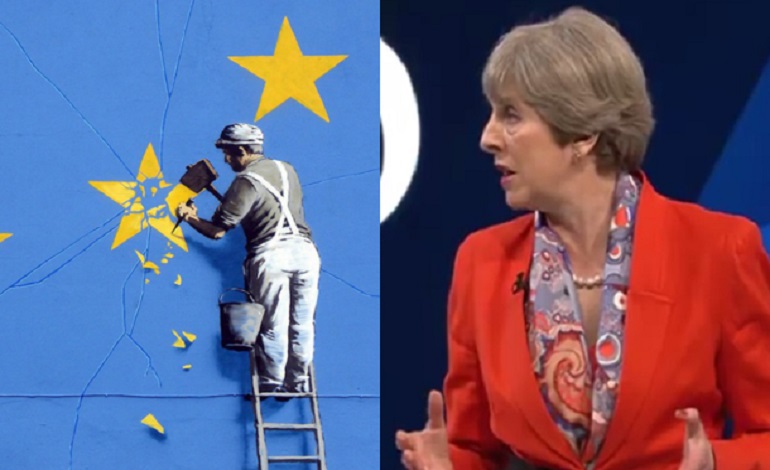 The EU parliament has just voted to ban a chemical linked to cancer after more than 1.3 million people petitioned it. It is taking on one of the largest and most notorious chemical corporations in the world. And Theresa May won’t be happy, as her husband’s company is a major shareholder in it.

Round up, round up

On Tuesday 24 October, MEPs voted by 355 to 204 to ban glyphosate-based herbicides by 15 December 2022. Glyphosate is one of the main ingredients in agrochemical company Monsanto’s ‘Roundup‘ weedkiller, which is worth about £3.5bn a year. And the global market for glyphosate is forecast to hit $8.8bn by 2019.

Supporters of glyphosate say that it’s an important chemical because:

But critics argue the health and environmental impacts far outweigh the benefits.

So the EU parliament has voted to ban it. As it reported:

MEPs say the EU should draw up plans to phase out the substance, starting with a complete ban on household use and a ban in use for farming when biological alternatives (i.e. ‘integrated pest management systems’) work well for weed control.

But the process has put the parliament at odds with the European Commission and the European Food Safety Authority (EFSA). As The Guardian revealed, the EFSA had:

based a recommendation that… [glyphosate] was safe for public use on an EU report that copied and pasted analyses from a Monsanto study… dozens of pages… are identical to passages in an application submitted by Monsanto on behalf of the Glyphosate Task Force (GTF), an industry body led by the company.

This led to MEPs banning Monsanto lobbyists from parliament. Meanwhile, the European Commission had wanted to approve the use of glyphosate for another 10 years. But after the parliamentary vote, they reduced this to between five and seven years.

And on the same day as the EU vote, leaked internal Monsanto documents revealed that the company had allegedly tried to whitewash glyphosate’s risks. 2,000 people in the US are suing Monsanto over allegations that it “concealed” the cancer-causing risks. As Spiegel Online reported, the people:

claim that Roundup has caused non-Hodgkin’s lymphoma, a form of lymph node cancer, in them or members of their family.

The EU move is a bold, if not slightly pointless, one. Because of its structure, the non-binding recommendation by the parliament can only be put into force by member states. But it remains to be seen if there is the political will to take on a corporate giant like Monsanto. And owing to Philip May’s employer Capital Group’s 1.93% stake in Monsanto, his wife is unlikely to act.