Theresa May misled the whole country about Labour at PMQs. But Channel 4 caught her out. [VIDEO] - Canary 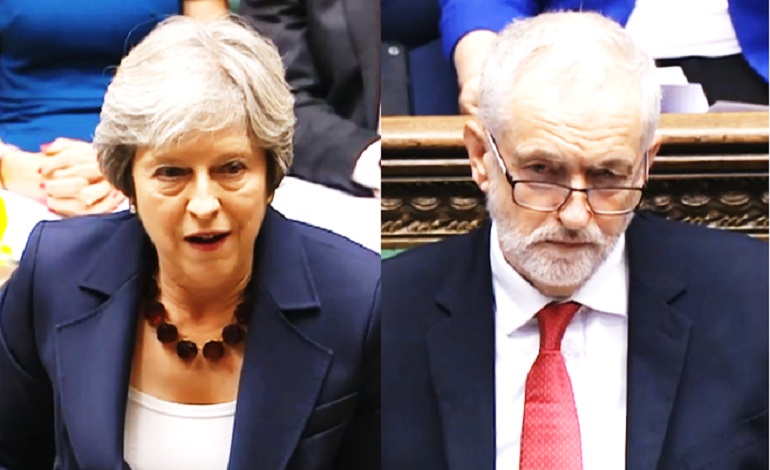 During a heated Prime Minister’s Questions (PMQs) on Wednesday 25 October, Theresa May made some bold claims about the last Labour government. But one salvo she fired at Jeremy Corbyn caught the eye of a fact-checking website. And it swiftly debunked the smear as being completely false.

May should be ashamed

‘callous at best, and downright cruel at worst’ and concluded by saying she’s ‘ashamed of her government’.

Can the Prime Minister ease her colleague’s shame by pausing and fixing Universal Credit?

May responded [1.36] with a list of claims about the last Labour government. But one stood out to Channel 4‘s FactCheck. The PM claimed [1.55] that:

Under Labour, the number of workless households doubled…

So FactCheck investigated. And it found May’s claim to be false.

What actually happened was the proportion of workless households fell under Labour. FactCheck noted that numbers fell:

FactCheck also pointed out that the total number went up:

The number of workless households was about 3.7 million in April 1997 (when Labour took office) and 3.9 million when they left government in 2010. 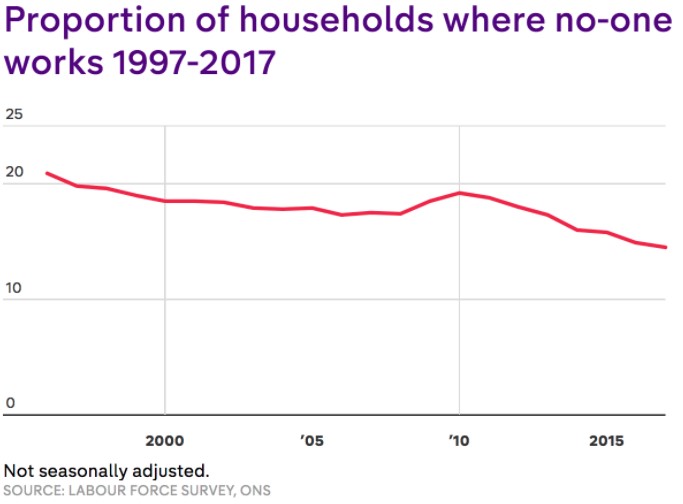 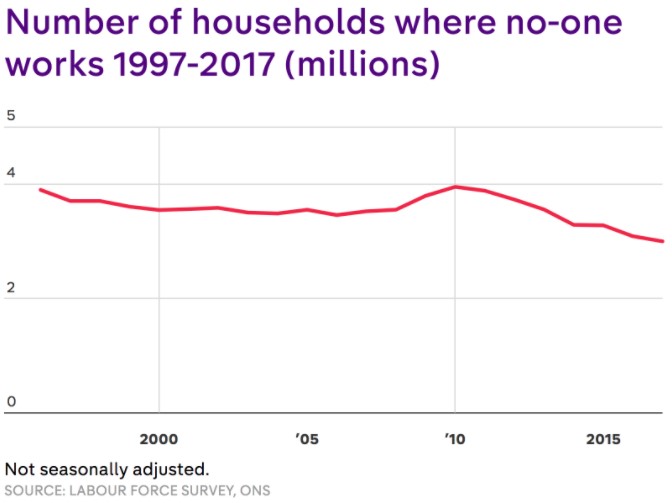 But this is not the first time the government has been rather loose with employment figures.

As The Canary previously reported, the Conservatives claimed in August that:

Under this Conservative Government, more people are in work than ever before pic.twitter.com/TlDbMpAcXh

The ONS also noted that some of the increase in employment, and decrease in economically inactive people, was:

largely due to ongoing changes to the State Pension age for women resulting in fewer women retiring between the ages of 60 and 65.

So the reality of the Conservatives’ claim of three million more people in work is actually quite different. Because although two thirds of employment growth since May 2010 is in full-time employment, the rest is made up of self-employed roles, temporary contracts, and people working for free.

It seems that, as well as twisting the truth about Labour’s record in office, the Conservatives will happily manipulate their own.