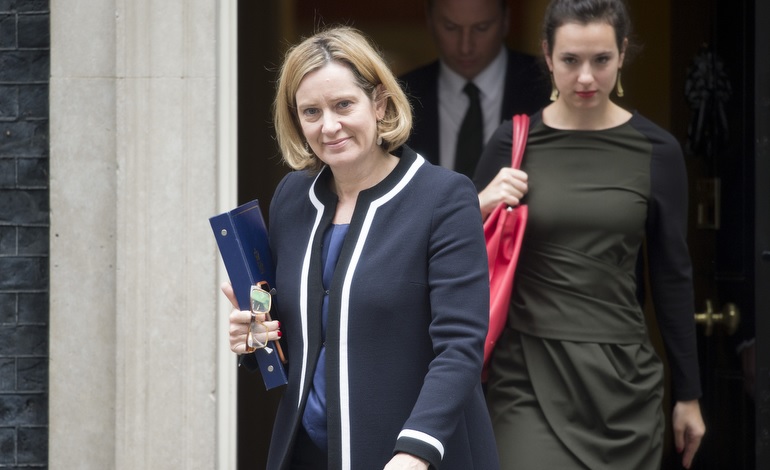 The Home Secretary recently announced that she plans to introduce a 15-year-long prison sentence for anyone who watches extremist material. But the independent reviewer of terrorism legislation, Max Hill, has just warned against doing so. Because Hill said it would require “very careful work” not to ensnare innocent people in the offence.

Hill also cautioned the government against ‘criminalising thought’. The oppressive world George Orwell imagined in the book 1984 was defined by thoughtcrime. And Hill’s comments suggest we’re in danger of heading in the same direction.

Rudd proposed the new measure in October, after a series of terrorist attacks in the UK. If introduced, the authorities could charge people who repeatedly watch or stream extremist content online under counter-terrorism legislation. But Hill advised against a “kneejerk reaction” to recent attacks. In a speech in London, he said:

While we can all agree that there should be nowhere for real terrorists to hide, we should also agree that legislating in the name of terrorism when the targeted activity is not actually terrorism would be quite wrong.

A former head of counter-terrorism at the Home Office has also said the measure would be counter-productive. Ivor Roberts argues that “jailing impressionable but unconverted viewers of terrorist content could hasten their radicalisation” in prison.

But Hill suggested that ministers could have something other than the public’s safety in mind in proposing the change. He noted that governments have already strengthened terrorism legislation over recent decades, and said:

I do not contend that this was an unnecessary shift, in relation to the most serious cases, but it begs the question whether in more modest or middle-ground terrorist offences there is a real need – as opposed to a political desire – to mark the offenders with far longer terms in jail…

The Conservative government has exhibited a strong “desire” to introduce ‘tough’ measures in the name of security. For example, it introduced what some called the “most extreme surveillance law ever passed in a democracy” in 2016. The Investigatory Powers (IP) Act essentially removes UK citizens’ right to privacy.

But Hill’s comment raises an important question: do these draconian measures stem from “political desire” or a need for the public’s safety?

Given that terrorism has increased exponentially since world powers vowed to get ‘tough on terror’, ever more oppressive laws will likely do little to combat it. But such laws do very much give authorities the upper hand over their populations. As whistleblower Edward Snowden has said, they create a “turnkey tyranny” system. And once in place, this government – or the next – can “flip that switch” on these laws to target whomever they might choose.