The BBC finds Andrew Marr guilty of bias. Just not on the topic you’d think. - Canary 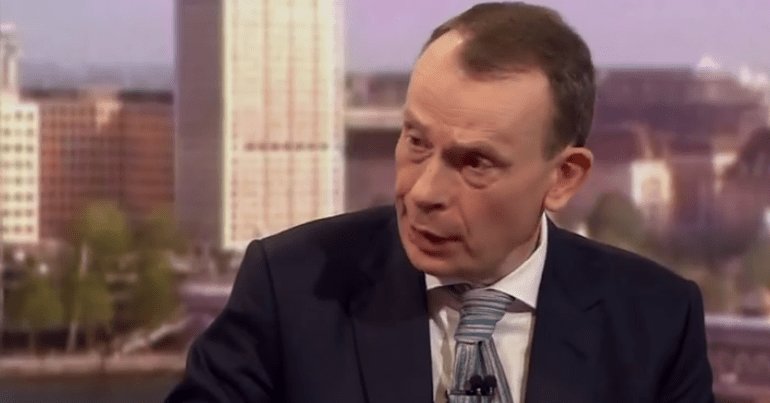 The BBC has found that presenter Andrew Marr breached editorial guidelines during the flagship Andrew Marr Show. But it wasn’t for failing to hold the Conservative government to account.

In fact, the BBC upheld part of a complaint from a pro-Israel activist. Jonathan Sacerdoti claimed that Marr was “completely incorrect” when he said on the 8 April edition of his show:

And the Middle East is aflame again. I mean, there’s lots of Palestinian kids being killed further south as well by the Israeli forces.

In the week leading up to that episode of the Andrew Marr Show, the Israel Defense Forces (IDF) had shot three children during protests. And according to independent NGO Defense for Children International Palestine, over 1,996 Palestinian children were killed between 2000 and 2015.

The BBC’s guidelines require that output is ‘well sourced’ and ‘based on sound evidence. In the absence of any evidence to support the reference to ‘lots’ of children being killed at the time of transmission, it seems to us to have risked misleading audiences on a material point. We therefore propose to uphold this part of your complaint.

The discussion was on Syria, so Sacerdoti also argued that the comment was irrelevant. But the BBC has a strong history of pro-Israel bias, rather than the opposite.

There are well-documented allegations about the influence of the Israeli lobby over the BBC. These include claims that the BBC has bowed under pressure to change headlines to make them less accusing of the state of Israel. Another example is that a BBC online editor once sent internal emails to staff urging them to write more favourably about Israel. And in late 2017, BBC political editor Laura Kuenssberg deleted a tweet on Israel’s “corrupt relationship” with the UK. In general, the BBC faces accusations of downplaying the reality of the brutal occupation of the Palestinian people.

While the pro-Israel complaint was upheld, the BBC routinely ignores complaints alluding to a pro-Conservative bias. In May 2018, the BBC officially denied that photoshopping Jeremy Corbyn onto a Kremlin backdrop breached editorial guidelines. Some viewers thought the imaging was “scandalous”.

Step back, and every academic study demonstrates that the BBC has a longstanding pro-Conservative bias in its coverage. A major content analysis from Cardiff University, for example, revealed that the BBC is pro-business and conservative-leaning in its coverage, no matter which party is in power.

Since demonstrations began on 30 March, Israel’s forces have killed at least 14 children.

Any amount of children killed by Israel, a UK ally, is too many.

The BBC should be doing more to highlight Israel’s violent response to Palestinians protesting the conditions under the occupation. Not less.