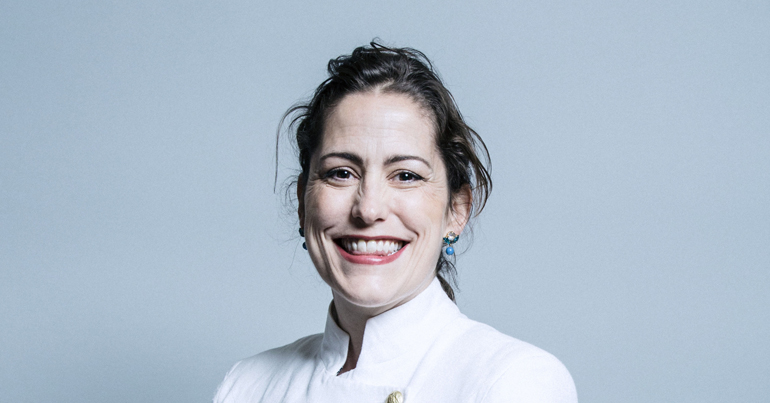 Atkins is the first government minister to publicly back the controversial practice [paywall] of evicting a family because a member of their household is linked to a violent gang. The provision is enabled by the 2014 Anti-Social Behaviour, Crime and Policing Act. A scheme involving the practice is currently being trialled in north London.

In the interview, Atkins railed against gang members and the misery and suffering their actions cause:

In the most serious cases, with these people who are exploiting young people, making the lives of local residents a misery, putting fear into people’s hearts when they’re picking children up from the school gates, I think absolutely they should understand the consequences of their criminal behaviour.

Atkins voices concern at the misery gang violence causes to innocent people surrounded by it. But this eviction policy would inflict unnecessary hardship on the innocent relatives of gang members.

The proposal also effectively judges people based on their associations. Atkins has in the past held a tough anti-cannabis regulation stance. However, her husband, Paul Kenward, is the managing director of British Sugar, a company mass-producing cannabis.

Since its inception, the Anti-Social Behaviour, Crime and Policing Act has been fraught with controversy. Back in 2014, human rights group Liberty described the eviction provision in the act as “discriminatory and unfair as well as illogical and ineffective”. The group went on to say that:

Whole families could be turfed from their homes because of the actions of one person. This will pile pressure on innocent and vulnerable people at a particularly difficult time for them and their family.

Liberty also pointed out how the law would unfairly discriminate against lower-income families:

the bill is also worryingly discriminatory: only those who live in rented accommodation will ever be at the mercy of this power. In fact, we’re convinced that the proposal constitutes unlawful discrimination in the context of rights to family and home life under Article 8 of the Human Rights Act. Is it really right that an affluent professional with a mortgage or complete ownership of their property is less culpable for participating in riots than a poorer person in private or social rented accommodation?

The eviction scheme is in essence a form of kin punishment. The practice has been employed by Israel’s government against the Palestinians. It was most notoriously used during the Great Purge in Russia and by the Nazis [paywall]. More recently, Donald Trump said that, to punish terrorists, the US military should “take out their families”.

Doling out punishment to individuals whose only crime is being related to gang members is a shocking overreach. This latest move is a worrying indication of the lengths to which the government will go to appear tough on crime.