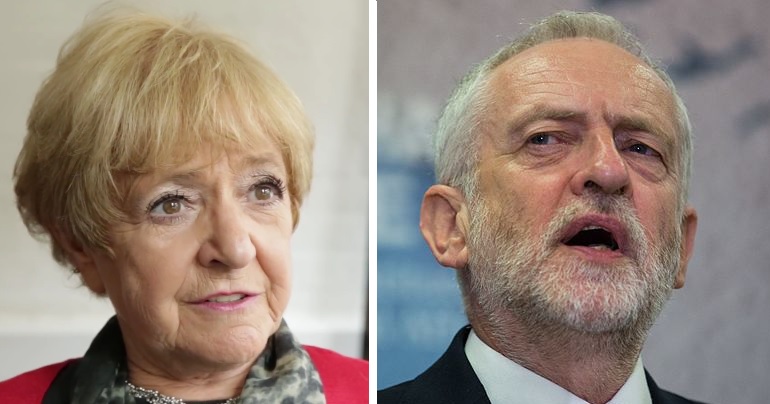 Labour MP Margaret Hodge reportedly called party leader Jeremy Corbyn a “f*cking antisemite and racist” on 17 July. She attacked him because he supported his party adopting a definition of antisemitism that people can’t use to stifle legitimate criticism of Israel.

Contrary to Hodge’s assertion, however, it appears that Corbyn isn’t the racist in Labour’s ranks. Because explosive new leaks from Israel’s parliament show it might actually be those like Hodge – MPs actively seeking to enable Israel’s increasingly discriminatory policies and undermine opposition to them – whose commitment to defeating racism should be called into question.

The leaks show an Israeli government minister advocating the direct targeting of Palestinian children, which goes against international law.

They discussed incendiary devices in the conversation. Protests have been taking place in Gaza for weeks, during which Israel has killed over 120 Palestinian civilians – at least 60 in one day alone. Some protesters have allegedly been releasing flammable kites and balloons during the protests. And some of these have caused fires in Israeli fields, forests and protected areas.

Israel bombed Gaza in response on 18 June. It also has drones targeting the so-called “terror kites”. Meanwhile, the government has now agreed to open fire on any “cells” launching balloons and kites. But Bennett wants his country to go further.

When the discussion moved onto the fact that children are sometimes in these “cells”, Bennett said to Eisenkot:

Why not shoot anyone who launches aerial weapons at our communities, and at the cells? There is no legal impediment. Why shoot next to them and not directly at them? These are terrorists for all intents and purposes.

I don’t think shooting teens and children—who are sometimes the ones launching the balloons and kites—is right.

Bennett pushed further, asking whether they could target those who are “identified as an adult”. Eisenkot replied:

Are you proposing to drop a bomb from a plane on incendiary balloon and kite cells?

The education minister reportedly confirmed that was exactly what he was asking. But even Eisenkot, the head of Israel’s brutal enforcer of its occupation of Palestine, said that would be against his “operational and moral positions”.

So the man tasked with nurturing children in Israel thinks it’s legitimate to blow up or shoot kite-and-balloon-wielding kids in Gaza. Thankfully, the head of Israel’s military doesn’t agree – that’s a step too far even for him. It’s also against international law, of course. But that’s something Bennett appears oblivious to.

People should be able to condemn Israel’s parliamentarians who propose this sort of illegal, barbaric practice without being called antisemitic. They should also be allowed to criticise the unneccessary and excessive force Israel uses against Palestinians on a regular basis – and the illegal occupation itself.

It is wholly possible to be completely intolerant of antisemitism and of the Israeli government’s racism at the same time. Yet Hodge and other MPs seem to be actively working to make sure people can’t achieve that, which makes her outrage appear hypocritical.

If we’re to stamp out racism, it has to be attacked in all its forms.

– Write to your national or local politicians to share your concerns about the actions of the Israeli government.