Another week, another anniversary of a massacre fuelled by US interests - Canary 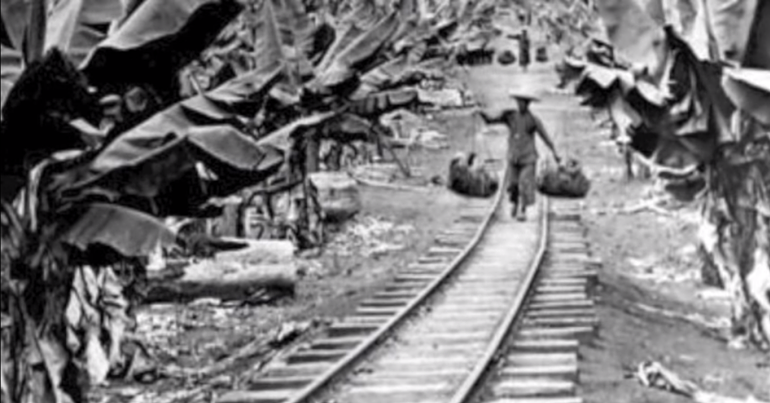 The child described with such precise and convincing details how the army had machine-gunned more than three thousand workers penned up by the station and how they loaded the bodies onto a two hundred-car train and threw them into the sea.

With these words, Nobel prize-winning author Gabriel García Márquez immortalised the memory of Colombia’s banana plantation massacre in his bestselling One Hundred Years of Solitude. In November 1928, banana workers in Colombia’s Magdalena banana region – fictionalised by García Márquez as the town of Macondo – organised a strike against the now infamous Boston-based United Fruit Company (UFCo). And 90 years ago this week, on 6 December 1928, the Colombian army massacred as many as 3,000 workers.

The strike, and the massacre

During the late 1800s, Minor Keith – who would soon become the founder of the UFCo – began buying land in Colombia’s banana-producing regions of Santa Marta, Ciénaga, and Aracataca. In the years following the UFCo’s formation in 1899, banana production in Colombia skyrocketed. By the 1920s, the Magdalena banana region was exporting over ten million bunches of bananas annually.

According to Harvard Political Review, banana workers became increasingly dissatisfied with the company’s “bans on small agriculture, failure to comply with social insurance legislation, and payment in the form of vouchers valid solely in company stores” during the 1920s. The booming enclave economy also radically changed local communities’ relationship with their land, environment, and each other. On 12 November 1928, over 30,000 workers declared a strike which, despite great military repression, would continue for weeks.

On 6 December 1928, however, striking banana workers gathered in a town square to await the province’s military and civil leader. Upon arrival, Colombian General Cortés Vargas ordered those gathered to disperse within five minutes. And when they refused to leave, the military began shooting.

More than 1,000 workers were reportedly killed, though the number could be as high as 3,000. A telegram sent from the US embassy in Bogotá to the US secretary of state on 16 January 1929 stated:

I have the honor to report that the Bogotá representative of the United Fruit Company told me yesterday that the total number of strikers killed by the Colombian military exceeded 1000.

A thread by Latin American historian Robert A. Karl covers the lead-up and aftermath of the massacre in immense detail:

December 6 is the 90th anniversary of the massacre of Colombian banana workers, which García Márquez's 100 Years of Solitude made one of the best-known events in Colombian history pic.twitter.com/4fXUffS7Cx

The events surrounding the massacre set the stage for political violence in Colombia that continues today.

This measure would be followed in 1928 w/ debates in Congress over a law on "social defense," also known as the Heroic Law. Critics warned that the law would severely limit freedom of press + speech, criminalize union activity. (Cartoon, showing Minister of War, Oct 26) pic.twitter.com/s0Ym52ef7H

Politicians continued to use a fear of communism to try and justify the repression of organised labour throughout the 20th century. And as in the banana massacre, it became a useful tool to suppress any threat to corporate-friendly relations. One Colombian politician, meanwhile, has now subverted the memory of the massacre by claiming it was “a communist myth”.

The reality, however, is that organised labour in Colombia is still under assault – and the situation is getting worse. Today, “social leaders are still being silently massacred at the rate of almost one per day”. So 90 years after the banana massacre, political violence in Colombia looks painfully similar.