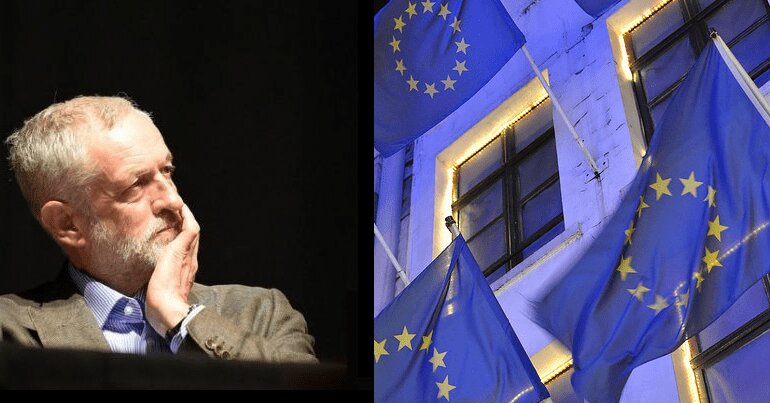 The EU reportedly has longstanding plans to permanently sabotage a Jeremy Corbyn-led government. A senior EU source involved in the withdrawal negotiations told the Times that the “real battle” of Brexit was preventing a future Corbyn government transforming the UK economy. In other words, the EU wants severe restrictions on a Labour administration’s public spending in any Brexit deal.

The worst form of the sabotage

Theresa May’s deal would legislate the worst form of the EU’s sabotage. As part of the Northern Ireland backstop, the UK remains locked into EU rules preventing state intervention in the economy with “non-regression”. That means that, when the EU legislates further restrictions on public spending, the UK will automatically follow without any say on the matter. And the government’s legal advice that May tried to hide shows there is no way for the UK to leave the backstop without approval from the EU.

But it’s not just May’s deal that could tie a Labour government’s hands. Rather, the EU is a free-market project that essentially has austerity written into its laws. So undermining a Corbyn government is central to the EU’s Brexit negotiations. As the Times‘s senior source said:

The real fear is state subsidies under a Jeremy Corbyn government. British policy has remained unchanged for generations but now there is a real chance of a left-wing government reversing it. We have to protect ourselves and the single market.

According to the source, the EU has punishments lined up for a Corbyn government including tariffs, customs checks, and the so-called “nuclear option” of placing restrictions on UK aircraft.

We are sleepwalking into a disaster

The EU source also told the Times that it publicly focuses on issues like environmental standards post-Brexit simply “because it is better public relations”. But EU standards are nowhere near enough anyway. The recent intergovernmental climate change report shows we have about a decade to decarbonise the global economy. And the free-market dogma of the Conservatives and the EU is very unlikely to do anything fast enough.

What we need is revolutionary public investment in renewables, as Labour pledges in its manifesto. And that level of investment is incompatible with membership of the EU’s single market.

The EU is not the friend of Labour supporters. As the sabotage attempts show, the free-market bloc is quite the opposite.