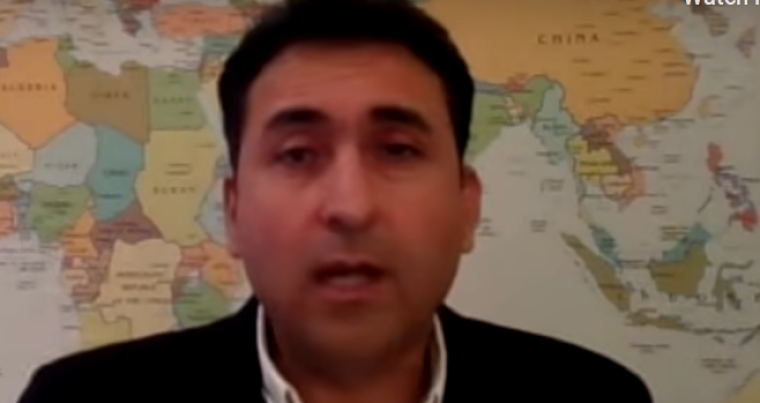 In an extensive interview, a former Ecuadorian diplomat says he assumes that intelligence contractors were a source of the smear which claimed former Trump campaign manager Paul Manafort had visited WikiLeaks founder Julian Assange.

This follows an exclusive Canary article in which the same diplomat called the Guardian story “fake”, explaining why visits by Manafort could not have taken place. WikiLeaks, the Intercept‘s Glenn Greenwald, the Courage Foundation, and others outlets all shared or referenced this article.

Following the Canary article, the Washington Post admitted that the Guardian‘s report had relied:

on unnamed sources and an “internal document” written by Ecuador’s intelligence agency.

Now, in an interview with The Real News, former Ecuadorian consul and first secretary Fidel Narváez has suggested that the intelligence firm contracted to provide security to the Ecuadorian embassy in London was likely involved in the ‘fake’ story regarding Manafort’s ‘visits’:

Meanwhile, Ecuadorian president Lenín Moreno has made it clear he doesn’t want Assange to remain in the embassy in London much longer.

The Guardian article was written by regulars Luke Harding and Dan Collyns, as well as Ecuadorian journalist and former anti-government activist Fernando Villavicencio. All three names appeared in the print version of the story. But in the online version, Villavicencio’s name mysteriously disappeared:

And here are the three journalists in Quito, shortly before the publication of the article:

The authors of the bogus Guardian story, Dan Collyns and Luke Harding, were in Ecuador 10 days ago with US-funded Villavicencio, who they have previously bylined with in bogus stories. This picture was taken last week. pic.twitter.com/hK4SFCJgKI

Villavicencio also boasted of his collaboration shortly after the article’s release:

But as Narváez also claimed, Villavicencio was the “major” player in the ‘fake’ Assange-Manafort story.

Villavicencio writes regularly about Assange on his blog. And he’s hardly a newcomer to the Guardian. One Ecuadorian media report previously accused him in 2014 of altering an official document which he supplied to the newspaper. This archived Ecuadorian Embassy web page provides further details of what happened, naming Villavicencio as the fabricator. The document’s metadata apparently showed the wrong date and Villavicencio as the author.

The Guardian has questions to answer

Award-winning independent journalist Glenn Greenwald has since published a series of questions to the Guardian (which also reference the Canary interview with Narváez):

The @washingtonpost quotes me about a long-standing irony I've loathed about news outlets: “It’s so ironic that the institutions that demand disclosure from others are the least willing to be transparent about themselves.” See the questions I've emailed below to @guardian pic.twitter.com/6X1RYfOuN7

But so far, there appears to have been no response:

* No other media outlet has confirmed
* No photos or video evidence has emerged
* The @guardian refuses to answer questions
* Ex-diplomat in Embassy said story is "fake" https://t.co/QdQUDDVZq3

The Canary will be interested in the Guardian‘s response to these questions. We have also put to the newspaper further questions about its sources in the Manafort article, and the reliability of the document it refers to. It had not responded by the time of publication.