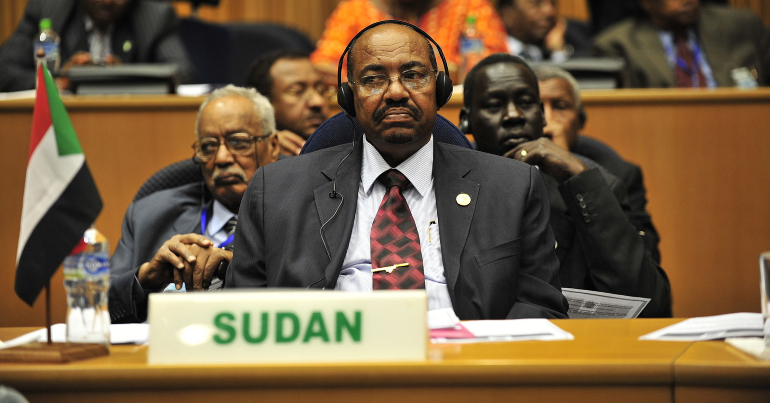 Anti-government protests have been rocking Sudan for weeks. The country’s leader, Omar al-Bashir, has been in power for almost three decades; and he’s wanted by the International Criminal Court (ICC) for war crimes, crimes against humanity and genocide. He’s the first serving head of state to face charges of genocide. Yet he has traveled the world freely since the charges were issued almost a decade ago.

Western governments, however, seem to have been turning a blind eye to al-Bashir – all while obsessing over regime change elsewhere. This highlights once again the hypocrisy and self-interest which lie behind their foreign policy standards.

On the same day, pro-government demonstrators held a in Sudan’s capital, Khartoum. Al-Bashir addressed the crowd and defiantly boasted of his popularity, denounced foreign sources of the country’s woes, and challenged his opponents to take him on at the ballot box.

The civil unrest has been going on since 19 December, and was initially sparked by the government’s decision to lift subsidies on electricity and food staples such as wheat and bread, as well as growing public anger over inflation. But the protests have since morphed into a more generalized call for al-Bashir’s downfall.

There have been over 800 arrests, including of journalists, social activists, opposition leaders. The government claims at least 19 people have died. But according to Human Rights Watch, the death toll is closer to 40.

Al-Bashir, a former army colonel, has been in power since leading a coup in 1989. Elections have previously faced allegations of fraud.

His rule has been characterized by authoritarianism and human rights abuses. His handling of the Darfur conflict in particular has met with widespread criticism from human rights groups. In 2003, a conflict broke out between rival factions over access to the region’s resources. Darfur’s non-Arab tribes accuse al-Bashir of siding with their Arab opponents and backing Arab-nationalist ‘Janjaweed‘ militias.

According to the UN, hundreds of thousands of people have died in Darfur, and millions have been displaced. The ICC, meanwhile, has sought al-Bashir’s arrest since 2009 over his handling of the crisis.

Impunity and turning a blind eye

Nonetheless, Western powers have not shown the same kind of enthusiasm for regime change in Sudan as they have in many other countries. And al-Bashir has been able to travel freely around the world without facing arrest. He has ly made around 150 foreign trips throughout the last decade, including to countries that have signed up to the ICC’s founding charter – the Rome Statute. Western allies such as Saudi Arabia, Qatar, and Egypt have all welcomed him.

The Daily Beast recently asked: “Why is Sudan’s Genocidal Regime a CIA Favorite?” And it suggested that “counterterrorism cooperation with Khartoum” was a big reason. The FT, meanwhile, highlighted in late 2018 that the US finally ended sanctions on Sudan in 2017 “following a period of improved co-operation between Washington and Khartoum on counter-terrorism” and other issues.

The governments of the US, Canada, the UK and Norway have issued a joint statement condemning al-Bashir’s handling of the recent protests, calling for “a fully transparent and independent investigation into the deaths of protesters.”

Nonetheless, the hypocrisy is palpable. Because elsewhere at the moment, the US is imposing sanctions left, right and center. It has a devastating chokehold on Venezuela, for example. And Donald Trump recently indicated he may be prepared to launch a military invasion in order to “solve” the country’s resulting crises. But the US seems to have little interest in ‘solving’ the situation in Sudan – where the government faces credible accusations of genocide. One can only wonder whether Sudan’s lack of significant oil reserves goes part of the way in explaining the West’s double standard.

Whatever the case, it stands as a reminder of the hypocrisy and self-interest that lie at the heart of the West’s moral compass.