The US is banging the drums of war in Latin America. This is a catastrophe in motion. - Canary 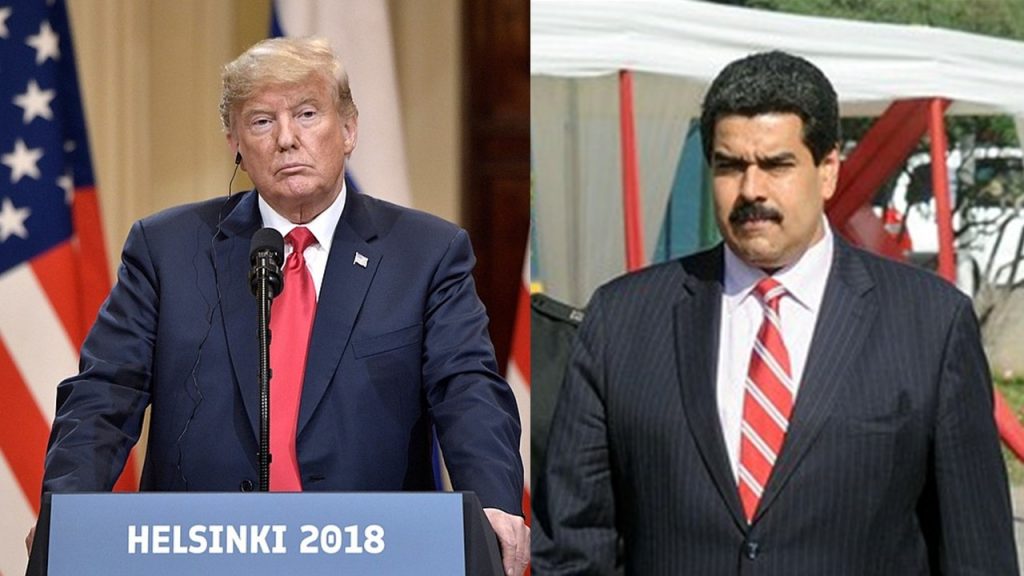 Within just days of Venezuelan president Nicolás Maduro’s inauguration, the US has declared his presidency illegitimate and is agitating for his removal. Brazil has also refused to recognise Maduro, and Washington’s other Latin American allies have joined in condemning his government. In short, the drums of war are once again thundering in Latin America.

The drums of war

On 11 January, US national security adviser John Bolton announced that the US will:

continue to use the full weight of United States economic and diplomatic power to press for the restoration of a Venezuelan democracy that reverses the current constitutional crisis.

With Washington’s blessing, Venezuelan opposition leader Juan Guaidó (also president of the country’s national assembly) has been, according to the New York Times, “proposing to take power”. Critical observers might argue that he’s pushing for a military coup. After Venezuelan police briefly detained Guaidó on 13 January, Bolton continued his propaganda tirade on Twitter:

Florida senator Marco Rubio, meanwhile, said that the US should recognise Guaidó as Venezuela’s leader:

Under constitution of #Venezuela in the ab­sence of a pres­i­dent,the head of the Na­tional As­sem­bly assumes pow­er un­til new elec­tions.

Which is why U.S. should recognize @jguaido as legitimate President.

And US secretary of state Mike Pompeo wrote:

We denounce the arbitrary detention of #NationalAssembly President @jguaido by Venezuelan Intelligence Chief Manuel Cristopher Figuera. We call on security forces to uphold the constitution and rights of the Venezuelan people. The U.S. and world are watching.

As The Canary has reported previously, Venezuela’s democracy isn’t perfect; but nor is that of the US, the UK, Mexico, or countless other countries. And judging by Washington’s long record of intervention, democracy and human rights are not its true priorities in Venezuela.

Within just 24 hours of condemning Venezuela, for example, Pompeo posted three separate tweets about US ally Saudi Arabia. He wrote that he was “grateful for the work you do on an ongoing basis to advance U.S. foreign policy”:

Thank you to the @USAinKSA team for all you did to support my visit, and grateful for the work you do on an ongoing basis to advance U.S. foreign policy. pic.twitter.com/zc4N3pCDUX

The hypocrisy is clear. Because there are fewer than ten absolute monarchies (undemocratic by nature) in the world, and Saudi Arabia is one of them. With Washington’s backing, meanwhile, Saudi Arabia is instigating what the UN has called the “world’s worst humanitarian crisis” in Yemen. So considering that democracy and human rights are among the chief public justifications for US interest in Venezuela, support for Saudi leaves it with no leg to stand on.

In fact, US sanctions on Venezuela – which have intensified under Trump – are actively contributing to the suffering of ordinary Venezuelans. In the words of The Empire Files‘ Abby Martin, sanctions are “real attacks that kill real people”.

Supposed US concerns in Venezuela are therefore unconvincing. And even if they were sincere, the US would have no greater legitimacy to intervene within another sovereign nation.

Perhaps Venezuela’s massive oil reserves can better explain why the country’s been in Washington’s “crosshairs for decades”.

Over past decades, the US has left a bloody trail of destruction in Latin America and beyond. And as US political leaders seek to de-legitimise Maduro as a condition for intervention, it seems that history is repeating itself.

We must recognise US imperialist strategy when we see it – and condemn it.