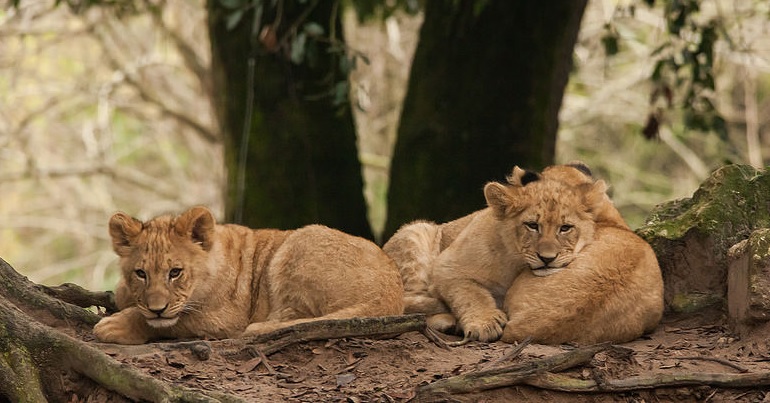 Four newborn lion cubs have become the latest victims of Israel’s brutality. The cubs died from the cold at a Gaza zoo on 17 January after a winter storm hit. Residents say it’s the “coldest winter for years” in the region. And the zoo’s manager, Fathi Jumaa, said the zoo didn’t have the necessary supplies and resources it needed to save the cubs. He cited Israel’s blockade of Gaza as a reason why that’s the case.

Israel has maintained a brutal land, air and sea blockade of the strip for 12 years. As renowned academic Noam Chomsky has explained, Israel has effectively put Gaza on a “diet” whereby it allows people there “just enough calories… so they don’t all die”. Fellow academic Norman Finklestein, meanwhile, says Gaza’s inhabitants are enduring “conditions which are literally unliveable”.

That proved true for the four cubs. Jumaa explained:

We could not secure the necessary food supplements, medicines and antibiotics to save the lives of the cubs. We do not have enough money and the blockade is exacerbating the situation. The cubs’ health deteriorated quickly, and we could not do anything about it.

The zoo owner said that they found two cubs dead on 17 January, after wind blew the protective plastic from their cage. The two other cubs were still alive at that stage but later died despite efforts to save them. Jumaa is also concerned about the cubs’ mother, who is in “poor health”. As he said:

These are African lions, they are not used to living in such cold weather and they really need special protection.

Zoos are controversial due to concerns over animal welfare. But they are commonplace in the vast majority of countries, including in Israel.

Of course, the “unliveable” nature of Israel’s blockade is deadly for many Palestinians too. As The Canary previously reported, water pollution is a “leading cause of child mortality” in Gaza. Israel restricts essential components for the area’s water infrastructure. Meanwhile, the UN warned that Gaza was facing “an unprecedented humanitarian crisis” in May 2018, caused by the blockade. And then there are the deaths caused by what human rights group B’Tselem calls Israel’s “reckless open-fire policy”. It says Israeli security forces killed 254 Palestinians in Gaza in 2018 alone.

The cubs’ deaths, however, show that there are also less obvious victims of the blockade and Israeli violence. Thankfully, animal welfare groups have evacuated some of Gaza’s animals in recent years. And they may have to continue to do so, because Israel isn’t likely to lift its brutal and illegal blockade anytime soon.