In the last 24 hours, the Israeli military has shot four Palestinian children with live ammunition. One girl has died. - The Canary 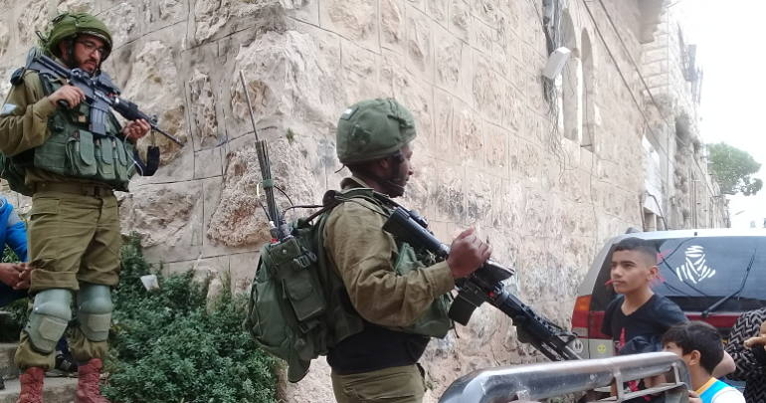 As the world’s attentions focus elsewhere, the Israeli military continues to act with impunity in the occupied West Bank. In the last 24 hours, for example, Israeli forces shot four Palestinian school children with live ammunition.

On 30 January, a soldier shot 16-year-old student Samah Mubarak at a checkpoint in East Jerusalem. Israeli authorities accused her of being a “terrorist” who they had to ‘neutralise’. The Israeli media, meanwhile, said she had attempted to stab a soldier. The Israeli police released an edited video of the incident.

Palestinian news sources, however, reported that Samah was only carrying her school books:

#IsraeliCrimes
They killed a 16-year-old Palestinian girl, #SamahMubarak, and found textbooks only in her bag pic.twitter.com/7M38VrL5sW

As Samah’s family and friends grieve, Palestinian news agency Ma’an reported today that soldiers had shot three more children. Israeli forces invaded the Tuqu village and surrounded a high school, leading to clashes with students. The soldiers then fired at the children with rounds of tear gas and live bullets. Two of the children are in critical condition.

The Israeli military has allegedly killed three children so far this year. On 11 January, it shot Abdel-Raouf Ismail Mohammad Salha in the head with a tear gas canister. Fragments of his skull were reportedly embedded in his brain, and he died of his injuries a few days later. On 25 January, meanwhile, the military shot 16-year-old Ayman Ahmad Hamid dead on a highway.

A deadly place for a child

Since 2000, Israeli armed forces or settlers have reportedly killed over 2,000 Palestinian children.

Palestine continues to be a terrifying place for children to live. Defense for Children International reports that:

Most of the children were shot, while a number were killed by drone or tank-fired missiles.

The UN, meanwhile, has called for school children to be “better-protected from the effects of Israeli occupation”.

Volunteer teams on the ground in the West Bank have reported numerous times that Israeli forces have intimidated school children. And in the occupied apartheid city of Hebron, students must pass through checkpoints to reach their schools. Armed guards check their bags and sometimes body-search them. The Canary has witnessed soldiers shooting at children, some as young as six years old, with tear gas, sound bombs or rubber-coated steel bullets.

Meanwhile, the arms companies continue to make a killing.

We must not allow this to continue.