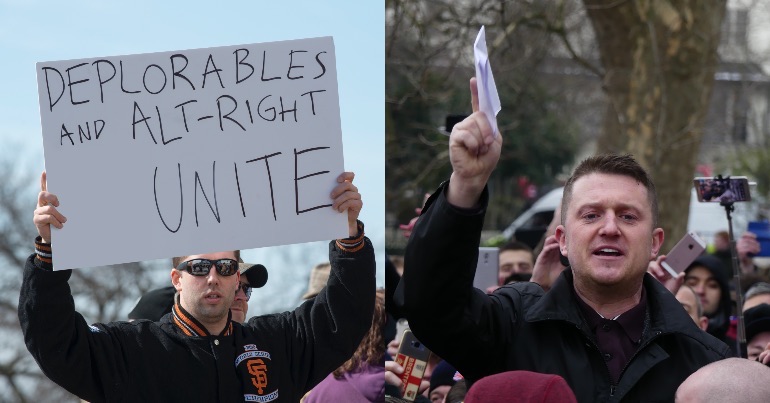 As has been widely reported, 50 people in New Zealand were murdered in an attack on two mosques. It took place in Christchurch. The suspect allegedly uploaded a manifesto before the attack. Seemingly inspired by the far right, it contains references to “white genocide”, demographics, and “race traitors”.

The manifesto’s creator says he is a “regular White man”. But later he also describes himself as a “fascist” and says he “mostly agree[s] with Sir Oswald Mosley’s views”. He says he was radicalised after visiting France. He wrote that the “french people were often in a minority” in the places he visited.

Because of this he says he ended up donating to nationalist organisations. Later he claimed to have “interacted with many more”. He goes on to refer to the left as “anti-white scum”, saying:

I want you in my sights. I want your neck under my boot.

His views are not, however, unique. They come directly from far-right ideology. For example, the manifesto is called The Great Replacement. This term originated with French writer Renaud Camus. It’s also the title of a video by Lauren Southern. In it she discusses the “replacement” of the population of France with Muslim people. She says:

Muslim people, she declares, have “an insanely high [population] growth rate”. The shooter echoed these comments. He wrote at length about replacement rates and demographics. For this reason, he says immigration must be “combated [sic]”.

The manifesto also aligns with the views expressed by Stephen Yaxley-Lennon (aka Tommy Robinson). As previously reported by The Canary, Yaxley-Lennon has called the refugee crisis an “invasion”. The same language appears in the manifesto.

Like many on the far right, the shooter also insisted that diversity is “the greatest joke of all”. He wrote:

No two different things can ever truly be equal, especially humans. There is no one person equal to any other, not identical twins, not countrymen, not workers within a class group and certainly not those of differing races. Every human is worth only their own value, no more or less.

The uncomfortable question we have to ask ourselves is how much genetic inheritance affects groups of people.

It suggests this “genetic inheritance” influences IQ and results in the underdevelopment and poverty seen in much of the world outside of the West. This ignores the long history of Western colonialism and imperialism which undermined the development of many countries and immeasurable amounts of people. And it only serves to further the far-right myth of the superior white man.This is similar to views that well-known atheist Sam Harris has promoted. He interviewed Charles Murray on his podcast. Murray, as Vox points out, believes there is “a genetic basis for the observed difference between black and white IQs”.

Clearly, the views of the far right have influenced a man who has killed innocent people. It has happened before and it will likely happen again. The last words of the man who greeted the terrorist as he entered Al Noor mosque were “Hello, brother”. We need a society that welcomes all people as equals – not one where right-wing hatred inspires terrorists.