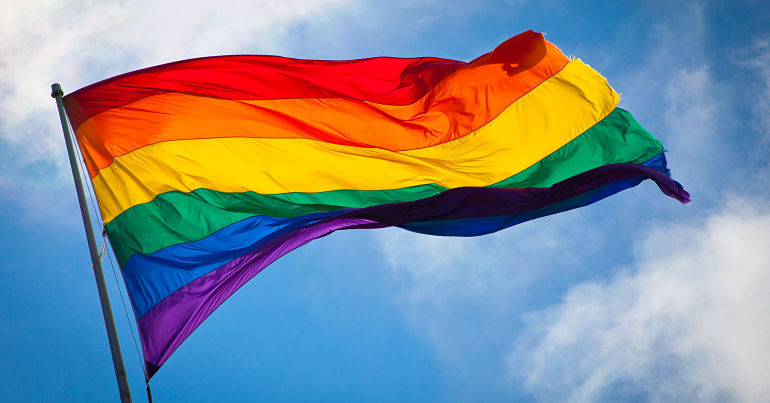 On 14 March, the Guardian reported Parkfield Community School has suspended its “LGBT lessons indefinitely”. It has done so after weekly protests against its No Outsiders lessons which teach pupils “tolerance for diverse groups”. The No Outsiders programme covers “LGBT rights” to challenge homophobia alongside “tolerance” of issues around race and gender.

Personally, I feel this is exactly the type of education we need.

In a world where hate fuels acts of harm, such as the horrific attacks in Christchurch New Zealand on 15 March, and where minority groups such as the LGBTQI+ community might feel like outsiders – impacting on mental well-being – we must all advocate for inclusive education. The UK’s education systems are available to everyone. And these education curriculum programmes should reflect the needs of all.

Before I go any further, I’d like to critique how this story has been covered by the Guardian and the likes. Like some journalists, I share concerns on how this story has been reported in the mainstream media. Using words like “tolerance” or singling out “LGBT lessons” isn’t conducive to inclusive education. It shouldn’t take a specific lesson plan or curriculum to educate on and perpetuate inclusivity and equality. And most noteworthy, the mainstream media should not fall into this trap.

Robbing children of an open mind

The government across the UK offers education to everyone. For pupils, education should reflect the needs of everyone. It should include the needs of all minorities. But Parkfield bowing to the concerns of some parents is robbing children of having a more open and accepting mind. I understand why the school must address the concerns of parents. But LGBTQI+ inclusive education won’t influence their sexuality and this ridiculous notion must be put to bed. The UK government should back and champion a UK wide policy to ensure every child has LGBTQI+ inclusive education.

“Having no LGBT sex and relationship education didn’t make me any less gay”.

Yesterday I asked the Education Secretary to confirm that every child in every school will have an LGBT inclusive education👇🏻 pic.twitter.com/Jn9MpYx3sR

But in Scotland, the Time for Inclusive Education (TIE) Campaign has spearheaded a real aligned and inclusive LGBTQI+ education programme. The campaign aims to ensure “LGBT history, role models & equalities be taught & recognised within all schools” in Scotland. The Scottish parliament “mandated” the TIE Campaign’s aims in 2017. It then supported the rollout of this inclusive education programme across all state schools in 2018.

The first minister of Scotland, Nicola Sturgeon, pledged her support for LGBTQI+ education in October 2017:

Moreover, Sturgeon led Scotland’s largest Pride event in Glasgow as the honorary grand marshal in July 2018. The first minister’s actions show what leading from the front on LGBTQI+ issues looks like.

Although the UK government’s education secretary Damian Hinds “backed” Parkfield’s No Outsiders programme, the Scottish approach is how we should be combating homophobia, biphobia and transphobia across the UK. Because a policy like this should be led from the top of government. Let’s be frank, the Conservative Party has bridges to build with the LGBTQI+ community in education after Section 28. But I also struggle to see Theresa May donning a rainbow flag and marching with LGBTQI+ marchers through any major city in the UK. If indeed she lasts as prime minister until the end of March.

I appreciate what Parkfield was doing. The school only wanted to promote equality and challenge bullying. And even after an investigation prompted by the protests, Ofsted agreed the No Outsiders programme is age appropriate. I am proud of Andrew Moffat, the school’s deputy headteacher who identifies as LGBTQI+, for sticking his neck out for the greater good. But I am so saddened to see he has received abuse – including a targeted leaflet campaign. I am saddened that members of different religious and non-religious communities cannot see the benefit of using education to overcome prejudice – some who may have been victims of hate themselves. What a really sorry state of affairs. The individuals peddling the abuse towards Moffat may have children that are LGBTQI+ and that makes me even sadder.

Across the UK the value of Personal, Social, Health and Economic (PSHE) education needs to be recognised in general. But the onus is on all of us, across the political spectrum, to work towards promoting love and unconditional acceptance to young people. And that should start with the Conservative UK government committing to inclusive LGBTQI+ education for all. I feel the rest will follow suit, with hard work and a bit of understanding.