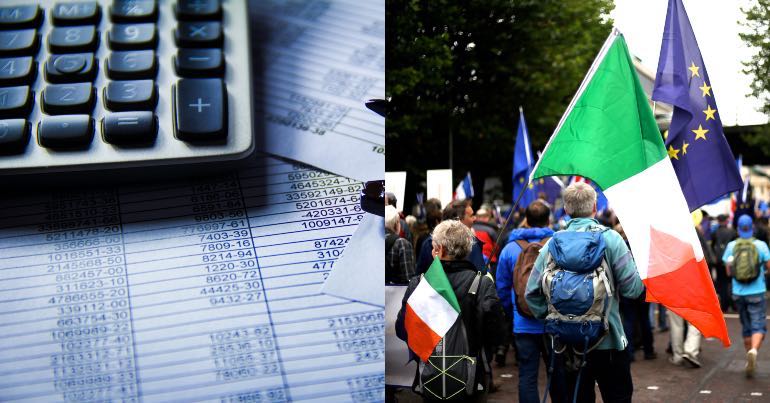 A new report says that Ireland’s economy will suffer because of Brexit. The authors insist Ireland will be hit “relatively hard compared to other EU countries”.

An Irish thinktank, the Economic and Social Research Institute (ESRI), published the report on 26 March. Its authors say the likely impact is due to Ireland’s “close economic relationship with the UK”. Overall, they point out that Ireland’s economic output will be “permanently below” what it would have been if Brexit didn’t happen; and it doesn’t really matter what form Brexit takes.

the level of real output in the Irish economy would be 2.6 per cent, 4.8 per cent and 5.0 per cent lower in the Deal, No-Deal and Disorderly No-Deal scenarios, respectively, compared to a situation where the UK stays in the EU.

The authors write that the effect of these “shocks is considerable”. As soon as 2020, the economic output of Ireland:

would be 0.6 per cent, 1.2 per cent and 2.4 per cent lower in the Deal, No-Deal and Disorderly No-Deal scenarios, respectively, compared to a situation where the UK remains in the EU.

And this includes the fact that, in all three scenarios, the effects of Brexit are partially lessened by foreign direct investment (FDI).

Brexit will impact the entire Irish economy. The report authors argue that there will be a “loss in competitiveness” which could cause some “adjustment in prices in the economy”. As a result, they say there will be a “downward pressure on wages”. Because of this, they also predict lower levels of employment. Specifically, they write that a reduction in levels of trade will cause:

lower labour demand, which has knock-on impacts for employment and the unemployment rate.

What’s more, they argue that a reduction in average wages will “reduce the incentive to work”. All of this will combine, the report notes, in:

lower employment and lower wages [which lead] to lower real personal disposable income for households, and in turn reduces consumption

With all of this in mind, they write that:

government revenue from taxes will remain below base and the increase in the unemployment rate would lead to higher government spending on welfare payments.

But despite this, the authors admit that their analysis could actually “underestimate the loss of employment”.

In closing, they say Brexit “has no parallels in modern history”.

Although the report took into account FDI in Ireland, that could be under threat. Because many corporations take advantage of Ireland’s low corporation tax rates. And European politicians have criticised this in the past. The European Commission also previously ordered that the Irish government “recover” €13bn from Apple. The company, which has a base in Ireland, “had been granted selective tax treatment” the Commission said. At the time, the Irish government decided to appeal the decision on Apple’s behalf.

The EU parliament has likened Ireland to a “tax haven”. Based on the recommendation of one report, the parliament said Ireland and six other EU countries:

One of the report’s authors said “we need a minimum corporate tax rate” in the EU.

Ireland is particularly vulnerable right now. Brexit looks set to have a large negative effect on the country. And while FDI could lessen this, it seems that could change too. Because along with the EU, the White House has also called out Ireland as a tax haven.

It seems that Ireland’s economic worries are only getting started.