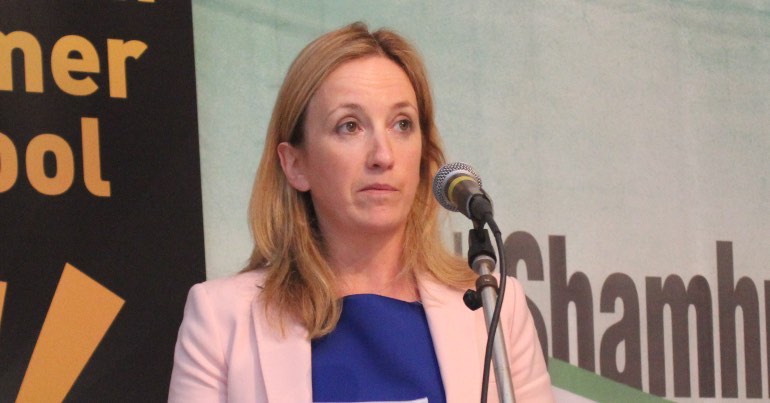 YouTube has “permanently removed” the accounts of a prominent figure of the Irish far right. The tech giant revealed it had eliminated the accounts due to their “violations of its policies” on hate speech.

The company removed the accounts of former journalist Gemma O’Doherty, who recently failed to become a member of the European parliament. In recent months, she has claimed on her YouTube channel that, amongst other things, “floods” of people are coming to Ireland from abroad. She has also called Irish women who have children with non-Irish men “sluts” and “whores”. And her most recent video included “criticism of ethnic minorities”.

As a result, YouTube suspended her account. But O’Doherty attempted to undermine the suspension by creating a second account and uploading videos there. And because of this, the company took action, stating:

All users agree to comply with our terms of service and community guidelines when they sign up to use YouTube. When users violate these policies repeatedly, such as our policies against hate speech and harassment, or our terms prohibiting circumvention of our enforcement measures, we terminate their accounts

Should the internet be regulated?

The Irish Council for Civil Liberties (ICCL) has previously called for online regulation in a “rights based” manner. By this, it means an “approach which complies with constitutional and human rights standards”.

Speaking to The Canary about O’Doherty’s ban, it said that it “works towards the full realisation of everyone’s rights”. And this means the ability to “freely express yourself as a member of your own community without fear”. But it clarified that rights and laws also apply to the online world as much as they do offline. Given this:

Any limitation on freedom of expression must be necessary and proportionate.

Specifically, when it comes to hate speech, this “constitutes a limitation to the free expression of those communities”. And it argued:

For this reason, under European law, hate speech does not enjoy the protection which other forms of speech enjoy.

The European Commission against Racism and Intolerance (ECRI) recently revealed that Ireland’s laws against hate speech are “seldom used”. And it added that the laws are “particularly ineffectual in combating online hate speech”.

Some people believe, however, that regulation of online content shouldn’t happen. There’s a common fear that tech companies and governments just want to censor content they don’t like. And targeting extremists like O’Doherty is just the first step in a process of eliminating all dissenting voices.

The Broadcasting Authority of Ireland (BAI), for example, recently suggested that it should regulate all internet content. This includes “both ‘open’ online services (e.g. social media platforms) and ‘encrypted’ online services (e.g. private messaging services)”. And because many major tech companies have their HQs in Ireland, the BAI would regulate online content for Europe as a result. The ICCL criticised the idea, saying it was “deeply alarmed by BAI’s proposals”.

It seems very possible that some kind of regulation is coming. But whether that’s a good thing or not all depends on how it’s done.