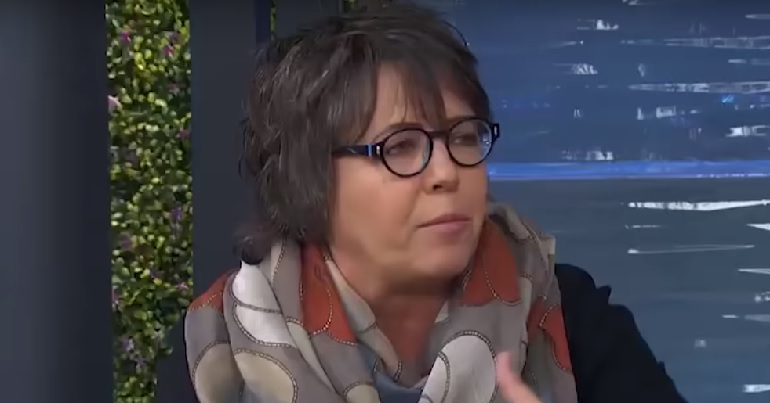 This article discusses sexual violence. Some readers may find it disturbing.

Hundreds of protesters hit the streets in Mexico City on 16 August. This came amid a number of recent acts of sexual violence against women, some allegedly by police officers.

As a few activists spray-painted phrases like “rape state” around the city, however, many social media users seemed to forget about the appalling acts of sexual violence and focus on criticising the graffiti instead.

Fortunately, one journalist was on hand to bring important perspective back into the debate.

You can wash graffiti away, but you can’t wash rape away

The demonstrations denounced two recent rape cases. In the first case, a 17-year-old girl accused four policemen of raping her in their patrol car in Azcapotzalco on Aug. 3.

In the second case, a 16-year-old girl said a policeman raped her in a museum in the city center.

And as people seemed to place these crimes on a par with graffiti from activists opposing such violence, veteran journalist Gabriela Warkentin stepped in with some much needed perspective.

She tweeted a screenshot on Twitter of an article about a woman who had just been found dead after disappearing over a week earlier, stressing:

This should make us angry.

Mexico has long suffered from a crisis of femicides (the murder of women or girls, usually by men and on account of their gender), and this murder was the latest example.

The reporter continued by saying:

A graffitied wall can be cleaned. The rape of a woman can’t.

Why is it so hard to understand that?

And responding to those who suggested the graffiti was distracting people from where the focus should be, she stressed:

We lose focus when we believe a building being graffitied is more serious than a women being raped or murdered.

Where the focus should remain

In 2016, Mexico’s National Institute of Statistics and Geography (INEGI) revealed that 43,712 women had been murdered between 1990 and 2015. And as OpenDemocracy has explained, “77% of feminicides are not prosecuted, with a large proportion of bodies never identified”. One Amnesty International report from 2016, meanwhile, shows a general environment of impunity. Even police officers, it said, had illegally arrested, tortured, and sexually abused dozens of women; and authorities had only prosecuted a small number of the perpetrators. As Amnesty’s 2017/2018 report on Mexico stressed:

Government figures from this year, meanwhile, show there were around 370 murders targeting women as a result of their gender just between January and May.

There will always be disagreement on protest tactics. Some protesters will always believe that society needs a wake-up call when there is a crisis that requires serious and urgent action; even if that wake-up call involves graffiti, broken glass, or throwing milkshakes. Other protesters, meanwhile, will always favour sanitised demonstrations that society may approve of but can more easily ignore. Either way, though, we should always understand the reason behind protests, no matter what they look like.

In this case, the protests in Mexico City are dealing with a terrifying crisis of chauvinist violence. And there is no protest that could ever compare to the horrors women face on a daily basis. So to put it simply, anyone who allows graffiti to distract them from this terror is not someone whose opinion we should take seriously.