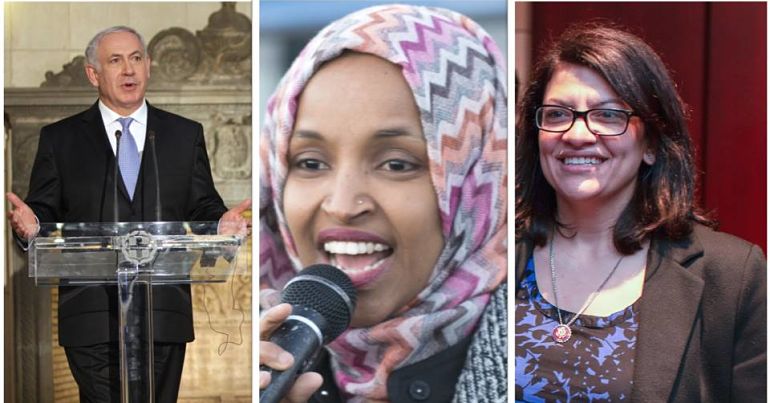 Feminist Gloria Steinem called Israel’s prime minister Benjamin Netanyahu a “bully” for banning US congresswomen Rashida Tlaib and Ilhan Omar from visiting occupied Palestine. Steinem’s message reminds us how important it is to stand against right-wing racists and bullies.

This is how congresswoman Omar responded at the time:

It is an affront that Israeli Prime Minister Netanyahu, under pressure from President Trump, would deny entry to representatives of the U.S. government.

When Tlaib was granted permission to travel to Palestine she rejected the “oppressive” offering stating:

Read my full statement on my heart wrenching decision to not travel to Palestine or Israel here: https://t.co/tlf054f7bU. pic.twitter.com/6TpZaU9RB8

The statement and response

So when Steinem made her announcement online, it was a definitive statement. It left people in no doubt about her feelings on Netanyahu or, his partner in crime, Donald Trump.

With a hint of irony, Steinem called out Netanyahu’s decision:

a welcome sign that I never have to enter any country or place under your authority.

People soon expressed their support for her announcement:

I stand with you @GloriaSteinem

I always admired Gloria Steinem for everything that she has done and has and continues to stand for.her voice has moved me as well as so many in ways that leave me speech-less.

Steinem made it very clear that she feels Netanyahu and Trump are as thick as thieves when it comes to bullying.

I know that Donald Trump, the accidental occupant of the White House, is drawn to successful bullies

"The accidental occupant of the White House"
F- PRICELESS😂

Steinem signed off on her brief but powerful message, with her wishes for the two men:

If you and Trump continue to imitate each other, you will eventually be alone together at the table. I could wish both of you no greater punishment than that.

Enemies of Trump and Netanyahu

As reported by The Canary, both Tlaib and Omar had been previously barred from entry to Israel as a result of their support for the Palestinian-led boycott movement. Omar described Netanyahu’s buckling to Trump’s pressure as “an affront”. Tlaib said it showed “weakness”.

Tlaib and Omar are outspoken critics of Trump and Israel’s treatment of Palestinian people. As a result, they have had to endure Trump’s racist and unapologetic tweets. So on this occasion, Trump put pressure on Netanyahu to deny both congresswomen entry.

Tlaib, Omar, Steinem, and many others, are standing up to right-wing, racist bullies. And while they aren’t the only or first to do so, they remind us of the importance of taking a stand against racist bullies. It’s the only way to deal with them.