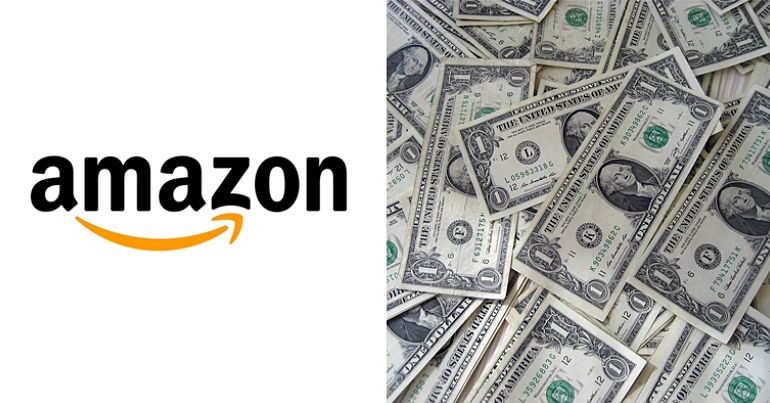 A high-profile resignation at Amazon has highlighted just what its workers are dealing with as bigwigs get richer during the coronavirus (Covid-19) pandemic. And it paints a stark picture of modern-day capitalism at its worst.

Tim Bray was “a VP and Distinguished Engineer at Amazon Web Services” for over five years. He quit last week “in dismay at Amazon firing whistleblowers who were making noise about warehouse employees frightened of Covid-19”. The tech giant has long faced criticism for its dodgy tax affairs and poor working conditions; but the current pandemic has brought its controversial behaviour into even sharper focus. And Bray couldn’t stomach the “vein of toxicity running through the company culture” any more.

This is a really big deal. An @amazon VP has resigned over the firing of whistleblowers and mistreatment of warehouse workers. And he is going public with the whole story. This kind of courage is what we need right now, in every workplace and walk of life. Thank you @timbray https://t.co/4WCbFQwTDN

As The Canary reported on 1 May, Amazon sales have surged thanks to the coronavirus lockdown. The personal wealth of Amazon founder Jeff Bezos – the world’s richest man – has apparently risen by £19bn already. But despite the company’s growing fortunes in the last two decades, its employees have had to fight hard for their rights via protests and strikes. And during the pandemic, they’ve been demanding better health and safety measures. They’ve also drawn attention to the lack of appropriate sick pay, despite the fact that it would reportedly “cost less than 1% of Bezos’s alleged $146bn wealth to pay two weeks sick pay for all Amazon employees”.

But Amazon seems to be an unscrupulous giant. Because as a recent report revealed, Amazon lawyers “convinced the Trump administration to bless a move killing a shareholder initiative designed to force the online retailer’s executives to better safeguard employees”. Instead, the company tried to crowdfund support for workers:

Amazon is also a strong opponent of unions:

Whole Foods is tracking its employees with a heat map that ranks which stores are most at risk of unionizing https://t.co/xDFfn4e3IZ

Part-time workers at Amazon-owned Whole Foods had received a cut to their health benefits just months before the pandemic.

Here's an idea for @JeffBezos: Instead of handing out t-shirts, maybe, as the richest man on Earth, you can provide all of your workers with paid sick leave, hazard pay, protective gear, and a safe and sanitary workplace. https://t.co/PXBANp0BTY

Bray said leaving his Amazon role would “probably cost me over a million (pre-tax) dollars”. But he explained that:

Stories surfaced of unrest in Amazon warehouses, workers raising alarms about being uninformed, unprotected, and frightened. Official statements claimed every possible safety precaution was being taken. Then a worker organizing for better safety conditions was fired, and brutally insensitive remarks appeared in leaked executive meeting notes where the focus was on defending Amazon “talking points”.

And when the company fired two Amazon Employees for Climate Justice leaders “for whistleblowing”, he stressed, “I snapped”. He escalated his concerns privately, but said with:

That done, remaining an Amazon VP would have meant, in effect, signing off on actions I despised. So I resigned.

He added that each crackdown victim he was aware of was “a person of color, a woman, or both”.

Bray highlighted that “workers are saying they’re at risk in the warehouses”, and that numerous attorney-generals have criticised Amazon’s poor safety measures. While he believed it was taking some small steps forward, he stressed that:

Amazon treats the humans in the warehouses as fungible units of pick-and-pack potential.

that’s not just Amazon, it’s how 21st-century capitalism is done.

He also said the company has a “lack of vision about the human costs of the relentless growth and accumulation of wealth and power”. Indeed, despite ongoing worker demands, it has actually gone on a new “hiring spree“, employing around 100,000 people in April. It now has almost a million employees worldwide.

a combination of antitrust and living-wage and worker-empowerment legislation, rigorously enforced, offers a clear path forward.

it’s all about power balances. The warehouse workers are weak and getting weaker, what with mass unemployment and (in the US) job-linked health insurance. So they’re gonna get treated like crap, because capitalism. Any plausible solution has to start with increasing their collective strength.

Indeed, when you have money, you have power; and when you don’t, you don’t. That’s one of the reasons why Oxfam’s Max Lawson insisted previously that the very existence of billionaires is “a sign of economic failure” that ‘undermines democracy’. But as long as they do exist, worker unity is the only way to stop their exploitative rampage. And Bray’s resignation should serve to remind us that we need worker unity now more than ever.