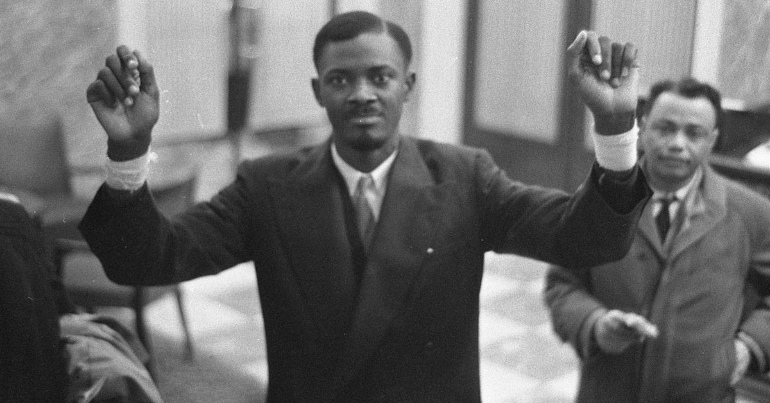 Exactly 60 years ago today, Congolese national liberation leader Patrice Lumumba was assassinated. Those responsible were most likely troops of a rival government acting on behalf of the Congo’s former colonial master, which had retained a presence in the Central African country. But there’s more to the assassination than initially meets the eye. There has been a gradual accumulation of credible evidence that the world’s post-WWII colonial superpower, the US, along with its sidekick the UK, played a hand in the events leading to Lumumba’s assassination.

The episode remains a bleak reminder of how the West continued to have a brutal role in the Global South, even after its former colonies gained independence. And this kind of self-interested meddling still continues to this very day.

Lumumba was the Congo’s first democratically elected leader following the country’s independence from Belgium in 1960. He became prime minister after his party, the Congolese National Movement (MCN in its French initials), won the first democratic elections in its history. But though Lumumba was an immensely popular figure at home, he had already earned powerful enemies on the international stage.

His decision to make contact with the Soviet Union certainly raised eyebrows. But it was his firmly stated desire to use the Congo’s resource wealth for the benefit of the country’s own people that attracted the most ire. And as an African nationalist and outspoken proponent of anti-colonialism, he was seen as a potential threat to Western interests throughout the continent. When Congo’s former colonial master Belgium, which still had troops in the country, backed a rival, pro-Western secessionist government, Lumumba was quickly arrested.

Shortly after, on 17 January 1961, Lumumba was assassinated by a “firing squad under Belgian command”. The circumstances surrounding his death remained mysterious for decades. Belgium long denied involvement in his assassination, but eventually issued an official apology for its role in 2002.

Evidence pointing to involvement of the US…

Subsequent revelations indicate that parties other than Belgium were involved in Lumumba’s killing. In fact, there’s evidence that the US shares partial responsibility for the events leading up to his death.

In 1975, a congressional committee admitted that the Central Intelligence Agency (CIA) had plotted to eliminate Lumumba. This was due to fears that he might become Africa’s answer to Fidel Castro. Declassified US intelligence documents subsequently revealed that the leader of the rival Congolese government that had detained Lumumba received arms and financial support directly from the CIA.

Though direct US involvement in the assassination has never been decisively proven, there’s no doubt that there were multiple CIA plots to have him killed, including one that could have involved putting poison into his toothpaste. It’s also undeniable that the US had a motive. It had long benefited from exploitation of the Congo’s resources and even used Congolese uranium in the bombs it dropped on Hiroshima and Nagasaki. In the aftermath of Lumumba’s death, the US made sure it secured its interests by providing the new Western-friendly government with generous paramilitary support.

And there’s evidence suggesting UK involvement as well. In 2013, a member of the House of Lords claimed that an MI6 officer based in the Congo at the time admitted to him that Lumumba was killed as part of a British intelligence-led Cold War operation. The MI6 officer was Daphne Park, and the peer made this claim in a letter to the London Review of Books. He wrote:

I mentioned [to Park] the uproar surrounding Lumumba’s abduction and murder, and recalled the theory that MI6 might have had something to do with it. ‘We did,’ [Park] replied, ‘I organised it’.

He added that Park implied the decision was predicated on control of the country’s natural resources and Lumumba’s possible future alliance with the Soviet Union:

We went on to discuss her contention that Lumumba would have handed over the whole lot [of the resources] to the Russians: the high-value Katangese uranium deposits as well as the diamonds and other important minerals largely located in the secessionist eastern state of Katanga.

Today, Lumumba is remembered as both a national hero in the Congo and as an important martyr in the cause of Third World liberation throughout Africa and the wider Global South. His assassination remains a dark reminder that the West’s self-interested meddling in former colonies continued even after the granting of national independence. And sadly, this meddling continues right up to the present day.