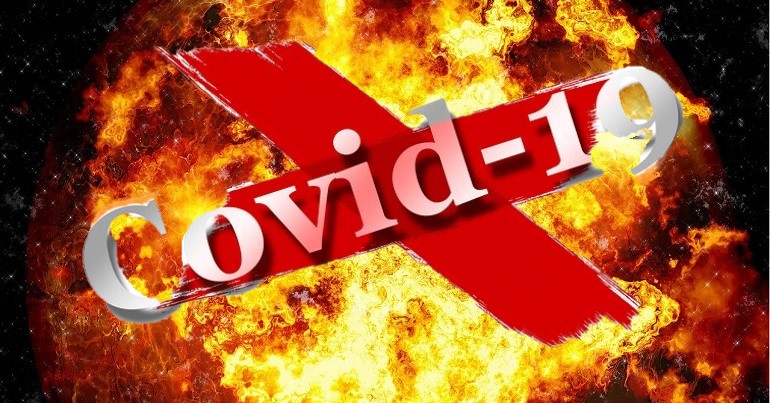 In recent weeks, a number of articles and papers have been published in prestigious medical journals warning of flaws in the UK government’s coronavirus (Covid-19) flagship testing and vaccination operations. Some of the warnings coincided with news that UK coronavirus cases per capita are higher than anywhere else in the world. Also that UK daily coronavirus death rates per million, when compared to US and EU rates, are approaching a new high.

Medical experts in the British Medical Journal have raised questions about the time gap between the first dose of the coronavirus vaccine and the second dose. They commented: “[the] decision to delay the second [Pfizer/BioNTech] dose to between 4-12 weeks is not based on data from the trial, but on an assumption of what would have happened if the second dose hadn’t been given at 21 days. While assumptions can be useful for generating a hypothesis, alone they are not a sufficient reason to alter a known effective dosing regimen”.

The World Health Organization subsequently stated that the second dose of the Pfizer/BioNTech vaccine can be administered up to six weeks after the first. But that’s only under “exceptional circumstances”. The European Medicines Agency added:

Any change to this [delay] would require a variation to the marketing authorisation as well as more clinical data to support such a change, otherwise it would be considered as ‘off-label use,’

Importantly, Pfizer has stated specifically that “There are no data to demonstrate that protection after the first dose is sustained after 21 days”.

With regard to the low-cost Oxford-AstraZeneca vaccine, trials showed that “vaccine efficacy 14 days after a second dose was higher in the group that had more than six weeks between the two doses (65.4%) than in the group that had less than six weeks between doses (53.4%)”. However, both efficacy figures are notably low when compared to 95% for the Pfizer vaccine or the Moderna.

Another worrying development is that earlier this month the government reportedly decided to mix vaccines. So they are considering giving people the Oxford-AstraZeneca dose followed by the Pfizer one, or vice-versa. Although a Public Health England (PHE) official added that mixing vaccines in this way would only be on a “very exceptional basis”.

But there’s no evidence that shows these two very different vaccines can work in this way. Indeed, the US Centers for Disease Control and Prevention stated that the vaccines “are not interchangeable”. Vaccine expert John Moore, at Cornell University, commented that officials in Britain “seem to have abandoned science completely now and are just trying to guess their way out of a mess”.

A government announcement points to a PHE study which found that someone who’s been infected with coronavirus is likely to be immune for at least five months. However, during that time they may still transmit the virus to others. The announcement reads: “this means many people who contracted the disease in the first wave may now be vulnerable to catching it again”.

We now know that most of those who have had the virus, and developed antibodies, are protected from reinfection, but this is not total and we do not yet know how long protection lasts. Crucially, we believe people may still be able to pass the virus on.

If it [the virus] protects against transmission only for a few months then clearly we would have to reinstate measures at a later time or go back and boost everyone.

We also need to remain cautious well after having the vaccine.

Research also shows that students who were tested using the lateral flow method at the University of Birmingham and universities in Scotland resulted in 58% false-positives.

A separate study also found that the lateral flow method “failed to detect three in 10 cases with the highest viral loads”. The problem with this, as professor Jon Deeks points out, is that:

Clearly, there is a risk of giving false reassurance to people who get a negative result. You also have to question whether mass screening using a test that performs so poorly is the best use of our limited resources.

Deeks is a professor of biostatistics at the University of Birmingham and leader of Cochrane Collaboration’s coronavirus test evaluation activities.

Unless there’s a change in plan, lateral flow testing is the method the government intends to use in schools once they reopen, despite the accuracy problems.

The Johnson government is great at making promises, but less so at delivering those promises. Or as the Guardian’s Aditya Chakrabortty commented:

Last summer the health secretary, Matt Hancock, boasted to parliament that “we have already secured 100 million doses of the Oxford vaccine”. This became “30 million doses available by September”, which was swiftly halved to “aiming to deliver up to 15 million doses … in 2020”

Lack of long term planning by the government and under-investment by the pharmaceutical companies in their UK bases are the likely causes. Indeed, Chakrabortty adds how:

pharmaceutical companies, which often draw heavily on subsidy from the British taxpayer, have continued to run down their manufacturing in the UK and to stick their factories wherever they get tax breaks: Ireland, Belgium, Singapore.

Overcoming vaccine supply problems and finding enough trained staff to administer the vaccines will be crucial.

Not all bad news

But there is also some good news, though little reported.

The REMAP-CAP trial, which is yet to be peer-reviewed, has found that the inflammatory drugs tocilizumab and sarilumab may improve survival of critically ill patients who have coronavirus. This is in addition to the news in June 2020 that patients on ventilators and oxygen are more likely to survive Covid-19 if administered dexamethasone.

Also, AstraZeneca has developed an antibody treatment, currently under trial at University College Hospital London. This treatment can:

offer immediate and long-term protection to people who have been recently exposed to the SARS-CoV-2 virus, to prevent them developing Covid-19.

A separate study, but also applying antibody treatment, is to be trialled with people who are “older or in long-term care, and who have conditions such as cancer and HIV which may affect the ability of their immune system to respond to a vaccine”. If approved, the treatment could be available as early as March or April.

Meanwhile, Germany-based GNA Biosolutions has reportedly developed a testing method that claims 96.7% accuracy, with results available within 45 minutes. The company is aiming for approval by EU regulators in March.

So whether it’s about virus testing, the periods between vaccine doses, or mixing vaccines, the Johnson government’s approach seems to be all about cutting corners for political gain. Or, worse, just making it up as they go along.

Such an approach is inherently dangerous, not only in terms of deaths from coronavirus but for the politicians themselves, who will and are being exposed for their spectacular failures.