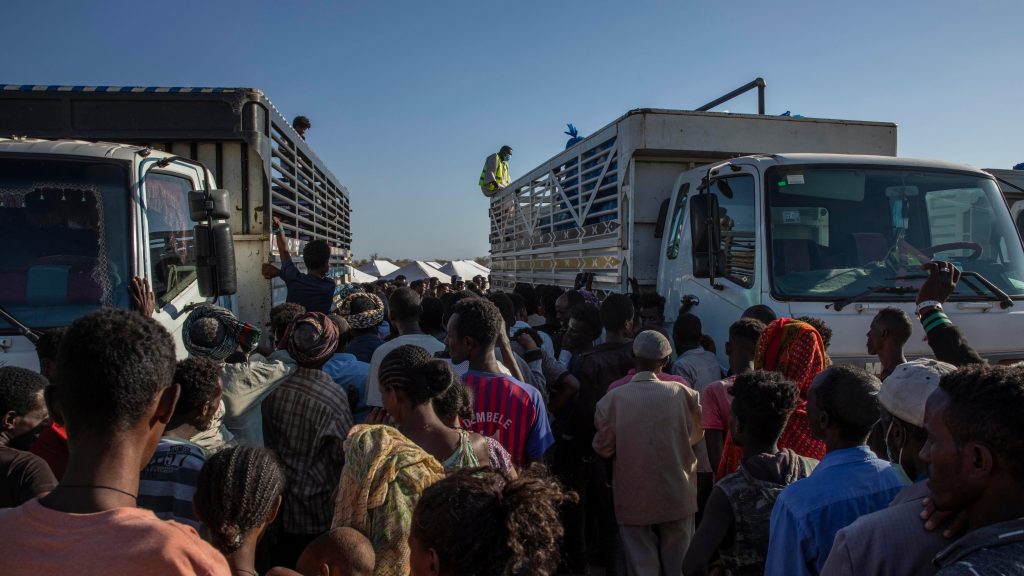 Starvation is threatening the survivors of more than two months of fighting in Ethiopia’s Tigray region. Authorities say more than 4.5 million people there need emergency food.

“The population is dying”

The first humanitarian workers to arrive, after pleading with the Ethiopian government for access, describe weakened children dying from diarrhea, empty shops and refugees begging for something to eat. One new report says parts of Tigray are likely a step below famine.

Mari Carmen Vinoles is the head of the emergency unit for Doctors Without Borders. She said “There is an extreme urgent need” to scale up the humanitarian response.

“The population is dying every day as we speak,” she added.

On 4 November, prime minister Abiy Ahmed announced fighting between his forces and those of the defiant regional government. At the time, the largely agricultural Tigray region of about 5 million people already had a food security problem amid a locust outbreak.

Thousands of people have been killed in the conflict. More than 50,000 have fled into Sudan, where one doctor has said newer arrivals show signs of starvation.

Others shelter in rugged terrain. A woman who recently left Tigray described sleeping in caves with people who brought cattle, goats and the grain they had managed to harvest.

“It is a daily reality to hear people dying with the fighting consequences, lack of food,” a letter by the Catholic bishop of Adigrat said this month.

Hospitals and other health centres, crucial in treating malnutrition, have been destroyed. In markets, food is “not available or extremely limited”, the United Nations says.

Tigray leaders dominated Ethiopia for almost three decades. But they were sidelined after Abiy introduced reforms that won him the Nobel Peace Prize in 2019.

Ethiopia’s prime minister declared victory in late November. But its military and allied fighters remain active amid the presence of troops from neighbouring Eritrea. The presence of Eritrean troops is due to the country being a bitter enemy of the now-fugitive officials who once led the Tigray region.