The Olympics is over, but its problem with Black athletes clearly isn't - The Canary 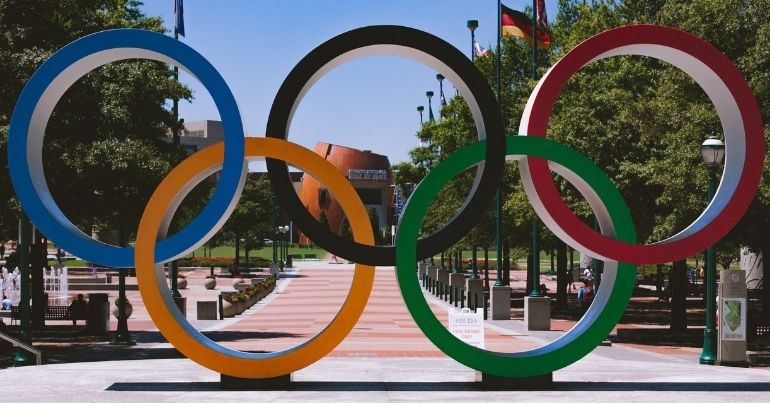 The Tokyo 2020 Olympic Games drew to a close on 8 August, but the repercussions of its racist, transphobic policies continue to impact the lives of Black athletes.

Over the course of the games, we saw organisers promoting discriminatory policies that pander to Eurocentricity at the expense of Black athletes – particularly Black women. This came as no surprise, as racism and white supremacy have played a central role in the development of the games. If the International Olympic Committee (IOC) really does want to “build a better world through sport”, it must challenge its inherent racism and transphobia to ensure that Black women can participate fully in future games.

On 3 August, former Polish sprinter Marcin Urbaś requested that Olympic organisers test 18-year-old Namibian runner Christine Mbomba “to find out if she definitely is a woman”. In July, World Athletics banned Mboma – along with her teammate Beatrice Masilingi – from running in the 400m race at the Tokyo 2020 games because of their “naturally high testosterone levels”.

This archaic binary classification of gender is inherently transphobic. This rule – which disproportionately excludes Black African women – reflects white supremacist constructions of womanhood which deem Black women as ‘other’ and ‘abnormal’. Encouraging Black women to take drugs or even surgery in order to compete in the games is incredibly sinister.

Ahead of the Tokyo games, FINA banned the Soul Cap – a swim cap that is designed to accommodate natural afro hair. The ban coincided with Alice Dearing’s qualification to participate in the games. Dearing is a Soul Cap ambassador, and the first Black female swimmer to make it into Britain’s Olympic team. According to the International Swimming Federation, the cap was banned because it doesn’t fit “the natural form of the head”. This ban pushes the narrative that natural Black hair is abnormal and deviant. Policies such as this help to perpetuate racial disparities in white-dominated sports such as swimming.

The IOC banned US sprinter Sha’Carri Richardson after she tested positive for THC – the main active ingredient of cannabis. Following her one month ban, the US women’s team kicked her out of the Tokyo 2020 squad. The ongoing ban on marijuana continues to target People of Colour, even though it isn’t a performance-enhancing drug.

After completing a counselling programme, Richardson faced a one-month Olympic ban. Although she could have legitimately competed in the US women’s relay race, the US team decided to keep her off the track and field squad. Meanwhile, the US fencing team went to great lengths to develop a “safety plan” to ensure that Alen Hadzic could compete in the midst of an investigation into a number of accusations of sexual assault.

This is not the first Olympic Games that has discouraged Black athletes from participating. The IOC has tolerated and promoted discrimination against Black athletes for decades. In 1904, organisers made African tribesmen compete against trained white athletes at the St. Louis Olympics “to demonstrate Black inferiority”. During the 1930s, commentators described Black female athletes using racist terms, including ‘dancing monkeys‘. In the 1980s, organisers targeted Florence Griffith-Joyner – one of the fastest women in the world – for rigorous drug testing because her competitors claimed she was using steroids. She never tested positive.

Hypocrisy when athletes take a stand

During the Tokyo 2020 games, Black, gay, female shotputter Raven Saunders raised her arms in an ‘X’ above her head, speaking to “the intersection of where all people who are oppressed meet”. The IOC proceeded to investigate whether the gesture was in breach of its rule against “gestures of a political nature, like a hand gesture or kneeling”. The IOC has a bad track record when it comes to athletes using their Olympic platform to take a stand.

Organisers permitted Nazi salutes in the podium behind Jesse Owens at the 1936 Olympics. But the IOC ostracised US track stars Tommie Smith and John Carlos for raising their fists in support of Black people’s human rights after winning gold and silver at the 1968 games in Mexico. They were expelled from the Olympic Village and kicked out of the US team. The IOC still refuses to apologise to the pair, but is now capitalising off the moment by promoting it as “one of the most iconic moments in the history of modern Olympic Games”. The Olympics have set the stage for countless acts of political protest. But this has always been at the expense of marginalised athletes.

The Olympics may be over, but the repercussions of the games’ discriminatory policies continue to impact the lives of Black athletes – particularly Black women. Looking to the future, the IOC must ensure that its policies respect the rights and voices of Black athletes. Organisers can’t leave it up to individual athletes to drag the Olympics into the 21st century.